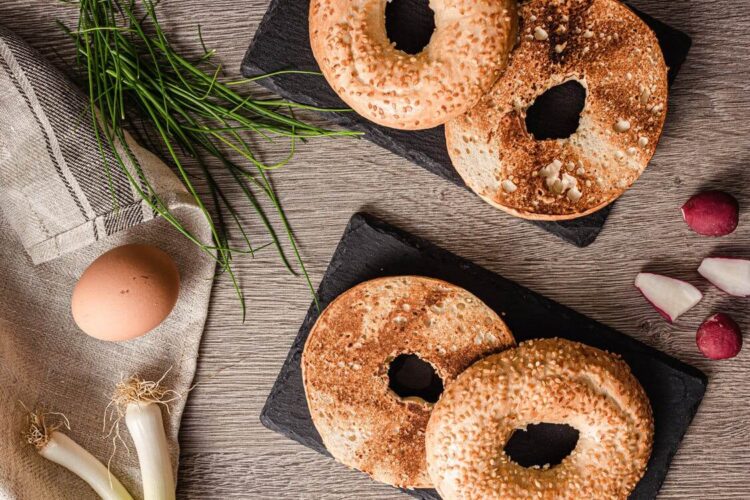 European cuisine – especially French cuisine – is known for its mouth-watering pastries, complementary to traditional hot meals. However, baked goods aren’t only appreciated in Europe – in fact, many Asian countries have created their own unique yet equally delicious baked goods. Keep reading to find out the top five baked goods from the Asia continent!

Naan bread is a type of flatbread that is leavened and oven-baked, found in many countries in Asia, particularly India, Indonesia and Myanmar. It is made of yoghurt, milk, wheat flour and yeast and is usually served with a sauce or complementary to a larger meal (such as rice).

Egg tarts are a kind of custard tart originating from Cantonse cuisine – based on the English custard tart and the Portugese pastel de nata. The outer pastry is a simple tart-shaped with a hard crust, while the inside is layered with an egg custard menu. You can find egg tarts in Asian restaurants served as desserts, or at Asian bakeries.

Now in modern times, you can also find western interpretations of egg tarts in local cafes and bakeries. Simple to make and delicious when served with a bitter tea or coffee, egg tarts are appreciated and enjoyed all over the world.

Rotiboys, or coffee buns, are a type of baked good from Malaysia known for its crispy coffee pastry toppings with butter filling. Usually served at cafes alongside a coffee or hot drink, rotiboys are popular among many Asian food establishments, and are slowly making their way across the rest of world. The bun is relatively simple to make and is easy to enjoy, as it is made with widely-enjoyed flavours in a crispy pastry shell.

A Japanese fish-shaped pastry snack, usually filled with sweet red bean paste, taiyakis are some of the most popular baked goods in Asia. Red bean esecaully is a popular natural and sweet ingredient to add to baked goods, hence why Taikayis are so widely enjoyed in Asia.

Made with pans with fish molds and a baking method similar to waffles, Taiyakis are easy to recognise due to their unique shape, and are best eaten when fresh and piping hot. Taiyaki can also be served with different fillings (e.g. chocolate or cinnamon filling) for more widespread enjoyment.

Although not as popular as they are in western cuisine, baked goods are also widely enjoyed in Asia. Many Asian countries have made their own signature baked goods, with the above four being a few out of many. If you are looking to make one of the four baked goods listed above, be sure to find the right recipe for you and purchase frozen dough to make things easier for you if necessary.