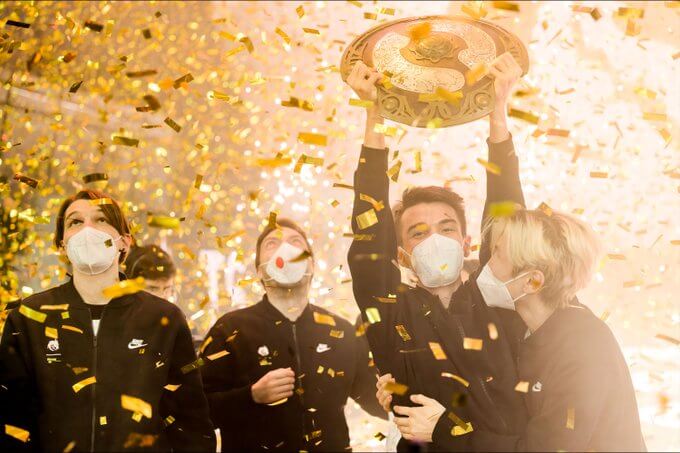 Dota 2 is one of the competitive games that has distributed the most money in its history. The Valve title was released in 2013. Since then, the scene has grown by leaps and bounds, with hundreds of sponsors and commercials involved.

Tournaments like The International have been the main reason for it, and we have seen great madness in terms of prizes. Thus, in 2021, the prize pool was more than $40,000,000. But wait, there is even more. The International 11, which will be played this year, will distribute a whopping $45,000,000!

In 2021, the players of the Team Spirit team, in addition to taking the trophy, were left with over $18,000,000. However, the professional players aren’t the only ones who can make a profit from this game tournament. If you are into betting, there are plenty of opportunities to make money by wagering on Dota 2 outcomes. Thanks to https://dota-bet.com/, you can find multiple player prop bets. And that’s why we bring you the top 5 players who have won the most money in prizes within the competitive Dota 2 scene.

Our list of the highest paid players in Dota 2 begins with the Finnish player. Although he has been competing only since 2017, Topias “Topson” Miikka is already in the top 5 of the players with the most profit of all time. Along with his teammates in OG, he is the first player to win The International twice (TI 2018 and TI 2019).

In addition, he has achieved honorary positions in other tournaments such as OMEGA League: Europe Immortal Division (2nd place) and EPIC League S2 (2nd place). Even so, his position is encouraged in IT profits. At the time of this article, he has managed to amass a fortune of $5,725,000.

The Franco-Lebanese player has been in OG since 2015, although he has had long periods as coach of the French team, or has been in an inactive role. Even so, his participation in the last two The International tournaments (TI 2018 and TI 2019) put him at the top of the list. The event that has given him the most profit other than those obtained with OG is JoinDOTA MLG Pro League S2, with a Sweden organization Alliance (over $40,000). His fourth position remains with $5,800,000 earned.

It is worth noting that the Frenchman has announced on social networks about his departure from Valve’s MOBA after a decade of ten years.

The 22-year-old Australian is the youngest player on the entire list. He has been in OG since 2016, although he had a small trip to Team World in 2018. During his career, he has managed to win succulent prizes from several tournaments, including Dota 2 Asia Champ 2017 (over $90,000) and Dota Pit League S5 ($35,000). The player is a great figure in his country, as a result of being the first Australian to win a Valve tournament. Also, he was the first player from the list to turn the 6 million dollar barrier in 2021. To date, he has earned a total of $6,100,000.

Jesse “JerAx” Vainikka is the Finnish inactive Dota 2 player, the only one on this list who is no longer able to accumulate money for his personal record. In January 2020, he officially claimed the statement about his retirement, leaving the fans without one of the best players of recent times in Valve’s title.

“JerAx” was the first player to reach four consecutive Major finals in Shanghai, Manila, Boston, and Kiev. Furthermore, of these four, he took first places in Boston (2016) and Kiev (2017). Additionally, like the rest of his colleagues in OG, he retires with two The International tournaments under his arm, and with $6,400,000 in total prizes alone.

The Dane is probably the most influential Dota 2 player on the entire scene. He has been the founder of OG since 2015, and has managed to bring many of the best players of recent years to the European organization.