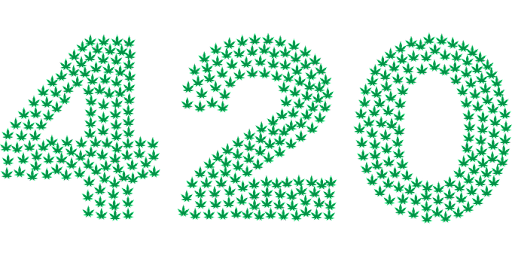 Are you looking for creative ways to enjoy cannabis and have the effects kick in faster? Smoking games make weed sessions fun and create room to bond with your stoner friends.

When hosting these games, you’ll need a sizable amount of weed to keep the party going. If you’re on a budget, buy cheap pot seeds and grow this plant at home.

Keep scrolling to find out the entertaining games to play alone or with friends when you’re stoned. Try the video titles or create unforgettable memories with the classical ones.

1. Never Have I Ever

Do you want to strengthen your friendship while having fun? Roll your joints, form a circle, and start this bong game. Each player says something they’ve never done, and if anyone has had that experience, they smoke a blunt.

If you’re starting the game, you could say, “Never have I ever bought weed from an online store.” If one of your friends has done this, share a joint and change the statement.

The other variation involves giving your friends a chance to explain experiences you’ve never had. The game is fun and a great way to better get to know your stoner buddies.

This musical video title is one of the best stoner games to play with friends. Rock Band involves forming a virtual ensemble to perform music across different genres.

Hit a few joints and get high while jamming to weed songs. Make merry by playing the best marijuana tunes, such as “I Wanna Get High” by Cypress Hill and “Legalize It” by Peter Tosh.

The game involves mimicking various musical instruments like guitars while playing the songs. Give penalties to the band members who miss their part or fail to maintain the tune. For example, have them roll all the joints.

Are you looking for fun stoner games to test your friend’s smoking strength? Gather your buddies in a circle, hit a puff, and hold the smoke until the joint returns to you. If you let it out, you lose.

Give tasks to the stoner buddies who cough out before the joint goes round, for example doing the dishes. Play this game with a maximum of five players, as holding weed smoke for too long might cause adverse effects.

Turn this game into a competition by setting a timer to see who holds the smoke for the longest time. Reward the winner with something from the best cannabis gifts for stoners.

One of the best smoking games to play when stoned alone or with friends is Grand Theft Auto (GTA 5). Turn into a virtual gangster, organize heists, steal cars, and speed through the cities.

Complete stimulating missions with your stoner buddy using the multiplayer mode as others cheer you and smoke weed.

If you fail, hand the controllers to the next team and wait for your turn. The players who complete the most missions emerge as the winners and receive a reward.

Do you like chilling alone to let the cannabis euphoria kick in? GTA 5 is a versatile smoke game with unique features to satisfy your needs. Play tennis and golf, drive cool cars, or walk into the virtual nightclub and relax your mind.

There are various benefits of watching movies, such as relaxing your mind. Turn your favorites into an exciting smoking and gaming session.

Choose a weed-themed movie like Super High Me or Pineapple Express and set the game rules. For instance, you must take a puff or two whenever one of the characters smokes.

Take the fun to another level by combining this smoking game with Lungs (above) to see who holds the smoke the longest. Choose your favorite movie genres such as comedy, horror, or drama, set the rules, and have a blast.

Can you maintain proper hand-eye coordination after a blazing smoking session? Find out by playing Mario Kart 8 Deluxe, which involves racing cars on different tracks.

Since it requires concentration and focus, it’s one of the best games for stoners who love smoking sativa strains. Select your best car and character and compete in a race against your friend.

If your mate wins, give the controller to another player. Increase the thrill by setting a fun reward for the overall winner. It’s more exciting when you penalize the last racer, like having them do push-ups with their mouth wide open.

Creating the best smoking weed games calls for creativity. Weed pong is the classical beer pong version for stoners who want to have a great time together.

The game involves placing two cups of water at each end of a table. Stand on one side and face your stoner friend.

Attempt to bounce or throw a ping pong ball into the cup at the end of the table where your friend is standing. Each successful entry qualifies you for a reward, say a half or full joint.

Make the game more challenging by hitting the ball using a piece of wood or throwing it with your mouth.

To further enjoy the euphoria from weed and have memorable moments, why not play fun smoking games? Try the thrilling titles in this article with your friends whenever you’ve got a 420 session.

Grow weed at home to have it in surplus for all your weed gaming sessions.