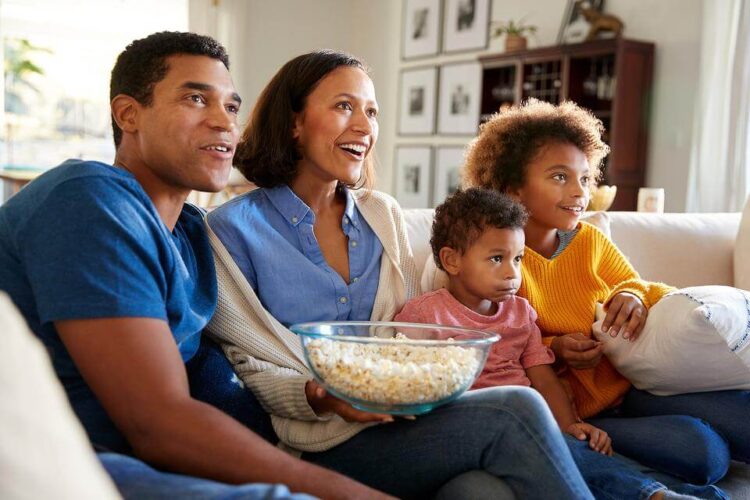 Do you have writer’s block or are lagging in your job? Well, not anymore. We have brought you a list of the most inspirational movies of all time so that you can spark a match of motivation.

You can catch these popular, full of motivational movies being aired on cable TV movie channels. Although, many cable providers charge separately for movie channels, which can increase your monthly bill substantially. However, if you subscribe to RCN TV, you can get movie channels like HBO Max, Showtime, Cinemax, Starz, The Movie Channel, and many more within the cable plans. If you are over cable TV, you can also try streaming them online.

Rain Man is a heartfelt tale of two estranged brothers. After the death of their father, Charlie played by Tom Cruise tries to trick his autistic brother, Raymond, into giving up his share of the inheritance. With time, the emotions spew and a relationship based on mutual respect is developed between the siblings. By the end of the movie, Charlie assumes the role of a caretaker for his brother.

Christopher McCandless played by Emile Hirsch, is a top student and great athlete. However, instead of living a life cut out of privilege, he decides to find his center. He gives up all his wealth and sets out into nowhere trying to find peace and his essence. This movie is a brilliant piece of self-awareness and selflessness.

Erin Brockovich is based on the real-life social justice activist, Erin Brockovich. In the year 1993, Brockovich singlehandedly brought down the billion-dollar American company ‘Pacific Gas and Electric’ for polluting the water supply system of Hinkley, California. This massic suit resulted in a 333 million USD settlement. This movie is full of inspiration and motivation.

This Christmas spirited movie shares the story of George Bailey, a man who is on the verge to commit suicide and is rescued by his guardian angel, Clarence. After successfully rescuing him, Clarence shows him how George has played a great role in the town’s wellbeing. The movie gives us a lesson to always be kind to ourselves and to be innately good.

5. The Pursuit of Happyness

Single dad, Chris Gardner, is stuck in a rut of bad luck. After getting evicted from his apartment, he and his son, Jaden face the worst of life. However, he does not give up hope and continues to strive for success. The movie is a testament to determination, willpower, and the actual pursuit of happiness.

Andy Dufresne gets a wrongful life imprisonment sentence at Shawshank prison for the alleged murder of his wife and her boyfriend. During the course of his sentence, he faces a lot of adversities and yet comes out shining. He uses everything wrong to his full advantage. The movie is full of hope, positivity, and emotions.

Good Will Hunting is a movie about Will Hunting, a math genius who chooses to be a janitor at the Massachusetts Institute of Technology (MIT). To reach his full potential, he gets full support from a professor. But when he gets himself into trouble, the professor pushes him to get help from a renowned therapist, Sean Maguire.

This classic masterpiece of cinema is a must-watch for every individual who yearns to learn about human behavior. This courtroom drama is about twelve jurors who have to decide the fate of a young boy accused of first-degree murder. During the deliberations, a number of biases and prejudices threaten the justice system however, truth prevails high.

Like with most industries, coronavirus had taken a toll on the movie industry as well during the past year. Cinemas and theatres were closed down to protect human life and while all of it was necessary, we did not know how great the year 2022 is going to be for Hollywood fans.

We have formulated a list of movies that are even greater than themselves and fans have been waiting for them earnestly. Some of the movies are to be released the traditional way and some could be caught on streaming services.