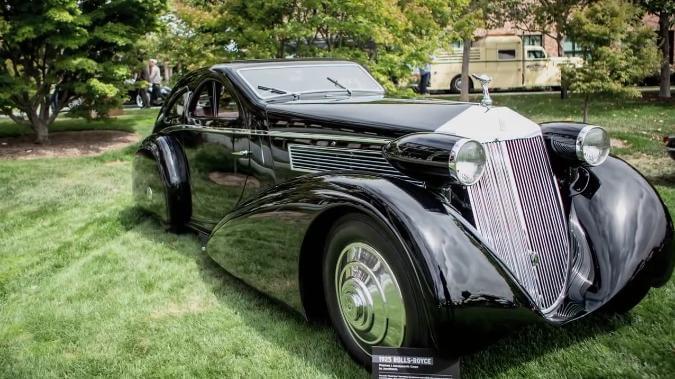 Henry Ford’s Ford Model T, the first inexpensive automobile, transformed transportation. The conveyor belts he installed in his assembly lines aided the model’s popularity and set new norms in industrial manufacturing. The Model T,immortalised in Aldous Huxley’s “Brave New World,” launched the contemporary era of carpool lanes and has since become the mother of all collector’s goods at every classic car show.

When Rolls-Royce unveiled its flagship vehicle, the Phantom – a moniker that was eventually used for eight additional variants – the Roaring Twenties were in full force. It would be powered by a 40-horsepower engine, and its interior would be handcrafted by a coachbuilder to the owner’s specifications. As a result, India’s ruling classes commissioned several particularly extraordinary, sumptuous designs, which are now worth millions of dollars.

The Alfa Romeo 8C model represented a family car that was also utilised for racing, establishing the Italian brand (and Italian automobiles in general) as the go-to spot for fast and seductive cars. The initial version was notable for its straight eight-cylinder engine back in the 1930s. In its early years, production volume was extremely limited, making this a collector’s dream.

The Mercedes 300 SL, with its distinctive gull-wing doors, was designed as a street racer. The car is also commonly regarded as the world’s first direct injection vehicle. It was intended to be lightweight, and only 29 of them had all-aluminum bodies: 29 in all. All vintage auto aficionados seek those few vehicles.

If Natalie Cole and Bruce Springsteen’s song “Pink Cadillac” lauded the American luxury brand in the 1980s, their excitement was based on nostalgia: the first edition of the Eldorado reached its height in the 1950s, and its popularity slowly dropped with each subsequent generation of the vehicle. Nonetheless, the original Eldorado is regarded as a design icon.

The E-Type Jaguar, which was based on the D-Type, a three-time Le Mans winner between 1955 and 1957, was a stunning illustration of what British automaker Jaguar was capable of at the time. It was the greatest sports car of its era, elegant in the 1960s and quicker than a Ferrari for a third of the price.

Back in 1963, the 911 was the successor of the renowned 356; it was a roomier, more powerful advancement. Porsche wanted to call it the ‘901’ at first. Peugeot, on the other hand, had the rights to three-digit automobile names, with the second digit being ‘0.’

A 2.0-liter motor propelled the earliest 911s. It was air-cooled and rear-mounted, with just 130 horsepower, a long cry from today’s current 911 turbos, which have 500+ bhp. Even yet, the 911 had approximately 50% more power than the flat-four 356, making it rather strong for the time. With additional power on the way by the 1970s, many consider the Carrera RS to be the ultimate 911. Although manufacture of the original 911 ended in 1989, the moniker lives on in the Porsche lineup today.

Land Rovers are known as “the greatest 4x4s by far.” Land Rover evolved from a concept and a doodle on a Welsh beach into the four-wheel drive vehicle that all others aspire to throughout the world. Beginning with the 80-inch Series I in 1948, Land Rover has been developing and sculpting its way through the decades to maintain its status as the ‘go anywhere, do everything’ 44. Maurice Wilks had no clue, when he sat on that beach sketching his ideas, that he had built a completely new kind of vehicle that was decades ahead of its time. Capability and poise are two characteristics of the Land Rover, which has the potential to make history while always inventing; it is certainly one of the greats.

The DS was Citroen’s long-awaited replacement to the Traction Avant. With its sci-fi appearance and minimalist interior, it was once again considerably ahead of its time. The future of motoring comes from the creators of the 2CV and HY Van.

Citroen’s unorthodox yet ultra-stylish DS established its own rules from the start. The doors lacked glass frames, and the rear brake lights were purposefully pointed in the direction of approaching traffic. Slim pillars gave the driver with a remarkable all-around vision, and its hydraulic independent suspension provided exceptional comfort. Is it any wonder that 743 orders were received within 15 minutes of its debut at the 1955 Paris Motor Show, and 12,000 orders were taken by the end of the day?

From George Harrison to Mr Bean, the Mini appeals to individuals of all ages. Never before has an automobile been so recognisable. It is a way of transportation from 1960s chic through 1980s new romantic style. The Mini has captivated the globe for decades and continues to do so. Despite being a tiny car, it offers ample of interior room because to its transverse engine front-wheel drive; this meant that around 80% of the floor pan surface could be utilised as passenger space. It was a practical detail that inspired many automobile manufacturers in following years.