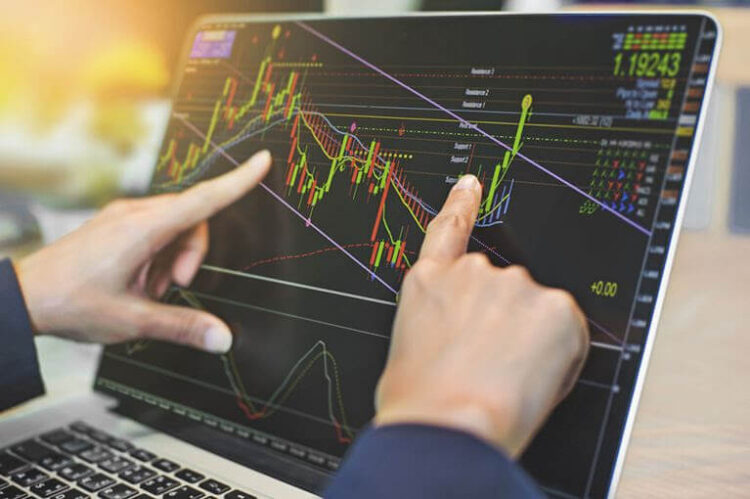 The usage of support and resistance indicators is one of the cornerstones of binary options trading. They are plotted on a chart to assist in determining the likely trend in which asset prices will move. You can imagine how beneficial they are if they are plotted correctly.

Many new traders, especially those who aren’t used to charting price action, believe that support and resistance lines are difficult to understand. They are, in fact, quite straightforward. You’ll have a formidable instrument at your disposal for conducting lucrative binary options trades once you grasp them.

We’ll look at using support and resistance lines to make good trades further down. We’ll start with definitions and work our way to using technical analysis to generate regular profits. It doesn’t matter whether you’re trading binary options for gold, equities, or currency pairs, using this directory of binary options brokers to make trading is effective.

A support line is a point below which an asset’s value has been unable to fall for some time. When the price gets close to this line, it slows down and changes direction. Consider the case where Google’s stock has fluctuated between $775 and $810 in the last month. A support line of $775 would be used.

A resistance line is a price point above which an asset’s price has been difficult to climb for some time. It’s the opposite of a support line. When the asset’s price approaches this level, it starts to fall back. $810 would be a resistance level in the “Google stock” example above.

The length of time you should plot support and resistance lines vary depending on your goal. Your trading activity determines a lot. You can get away with following the levels from month to month if you’re merely buying and selling shares. If you’re trading short-term binary options, though, you should plot them every 10 to 15 minutes. You’ll miss out on opportunities to trade ahead of the curve if you don’t. (This will become evident in the parts that follow.)

The Importance of Support and Resistance Lines

Traders use support and resistance lines to identify market patterns. These trends can help you figure out which way prices will move. Traders can perform calls and puts with greater certainty when using such signals. They can even get ahead of rising buying and selling activity to take advantage of price momentum.

To explain how this works, let’s go back to our “Google stock” example from earlier. Remember that Google’s stock has (theoretically) swung between $775 and $810, generating support and resistance levels in the process. Let’s pretend that the real-time price drops to $775 in the next 30 minutes.

You can see from your charts that Google has repeatedly rebounded back from that support level. It will do so again. You also realize that trading volume is likely to boost as the share price flips direction and begins to rise. You can profit from the move by placing a call binary option on Google near $775. Additionally, when buy-side trading volume increases, the price per share will rise.

With an asset’s resistance line, a binary options trading strategy can be implemented. You would, however, execute a put binary option rather than a call binary option. This is done hoping that the price will reverse and move downward.

So far, we’ve discussed what support and resistance levels are and why traders utilize them. However, to use them, you must first recognize them. Charting an asset’s price action is the only way to get started with price levels that give credible support or resistance. It can be done in various ways. Here’s one method for doing it manually.

You’ll notice support and resistance levels forming over time. The levels become stronger each time the market hits the high or low level and then bounces back. This does not rule out the possibility of a price increase. Indeed, you can expect it to do so at some point. However, the stronger a support/resistance level is, the more likely a “breakout” will signify the emergence of a new level rather than being just coincidental.

Don’t neglect this point. This issue isn’t just a concern for new traders, but many seasoned traders fall for it. Learn how to plot and use candlestick graphs (here’s how) and handle them with the attention they deserve. If you meticulously track an asset’s price behavior, there should be no reason for mistaking support and resistance levels.

Things to Consider When It Comes to Support and Resistance

Use these levels to acquaint yourself with trading. Likewise, integrate them with high-accuracy candlestick formations to maximize your winning chances. Don’t worry if some of the above principles appear to be difficult to grasp. You’ll discover that they’re easy to learn and use over time. Most of the complication stems from a lack of familiarity.