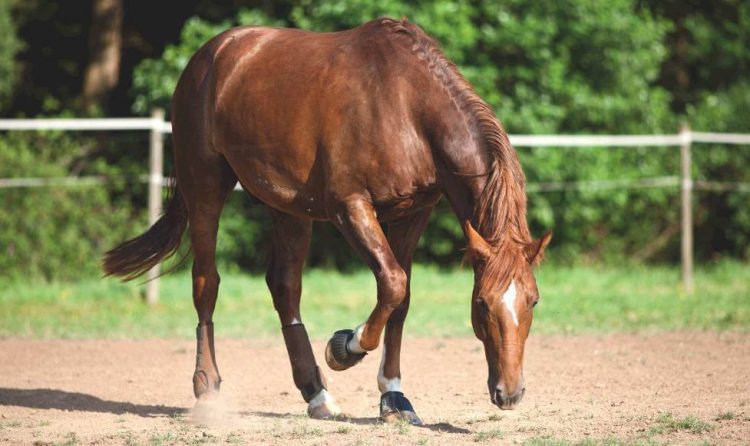 Horses are animals that have a different digestive system from other herbivores. Horses have a type of hindgut fermenter digestion with a very large cecum and colon which functions as a place for ingesta fermentation and digests fiber so that it can be absorbed by the body. The horse’s habit allows the stomach to remain filled and provides sustainable nutrition for both the host and the non-pathogenic bacterial components in its digestive tract. You need to give horse blue green algae nutritional supplements for your horse.

Horses have been domesticated 6,000 years ago and are used as a means of transportation and bred. Today, horses are popularly used for equestrian sports and equestrian therapy programs. Directly proportional to the benefits of horses, modern management transformations today make horses spend more time in the stable, are given additional concentrate feed several times a day, and conduct intensive training. Feeding must be given in a fixed amount and frequency. Changes in activity and diet both in frequency and quality can be one of the causes of the increased risk of colic in horses.

50% of adult horse mortality is caused by digestive diseases, such as colic, diarrhea, or enterotoxemia. The probability of a horse mortality rate is very high when referred to a horse veterinarian. Colic is a general term used for symptoms of stomach pain that can be caused by a variety of different conditions. Abdominal pain is a symptom that horse owners should anticipate as it can lead to the horse’s death. In some cases, colic can cause death within hours.

The severity of colic can vary from mild to severe based on the main cause and the speed of treatment. The most common symptoms of colic seen include anorexia, sweating, restlessness, frequent looking in the abdomen, kicking or biting in the abdomen, circling in the cage, scratching the legs, being inclined to sleep, and rolling over. Clinical symptoms that appear are general in nature and usually cannot be distinguished between pseudo colic and true colic. Apart from identifying the history of the disease and carrying out a physical examination, the examination of the values of hematology and blood chemistry can be done to support the diagnosis of the cause of the disease.

Colic is also associated with foodstuffs, parasitic infections, dental disease, access to water, but the cause of the majority of colic cases is unknown. Other compounds such as salicylic (aspirin), propionic acid (ibuprofen, fenoprofen, ketoprofen, and naproxen), pyrazolone (phenylbutazone), anthranilic acid (meclofenamic acid), and aminonicotinic acid (flunixin) are also included as NSAID derivatives. The use of NSAIDs is an antipyretic, anti-inflammatory, and analgesic compound.

Recent research conducted by collaborative researchers shows no significant difference between the use of the three NSAIDs. This means that one of the NSAIDs alone can be used to treat horses with colic symptoms. Variable aspartate aminotransferase (AST), alkaline phosphatase (ALP), gamma-glutamyltransferase (GGT), creatinine, urea, epinephrine, norepinephrine, and cortisol levels proved no significant difference for the three NSAIDs.

In recent years, the use of NSAIDs has increased rapidly to treat clinical cases. Flunixin inhibits prostaglandin formation and is an inflammatory mediator by inhibiting Cox. Prostaglandins are the main protective components in the hemodynamic function of the kidneys. 63% of NSAIDs are metabolized via glucuronidation and 34% via sulfation in the liver.

Even though horses appear big and strong, they actually have sensitive stomachs. Avoid things that can cause stomach ulcers. Food, exercise, and lifestyle play an important role in the development of ulcers. The horse’s stomach is divided into two parts, namely the non-glandular part which directly follows the esophagus, and the glandular part which secretes enzymes such as pepsin and hydrochloric acid. The glandular part is coated with mucus and bicarbonate which can protect against the effects of hydrochloric acid or commonly known as Muriatic acid! (Imagine drinking Muriatic acid). The most common ulcer is an ulcer on the non-glandular part because it does not have the protection found in the glandular part. The causes of ulcers are:

Prolonged hunger and lack of frequency of feeding (feed only 3 times a day).
Stress caused by prolonged and high-intensity exercise, prolonged and frequent travel, prolonged confinement, depression, and lack of socialization with other horses.
Prolonged use of non-steroid anti-inflammatory drugs or NSAIDs (Non-Steroidal Anti-Inflammatory Drugs). These drugs can prevent the production of chemicals that produce acid in the stomach.
The famine experienced by foals is caused due to poor care by the mare resulting in late and infrequent milk intake.

Watch for signs of stomach ulcers in foals. Foals can experience different symptoms than do adult horses. Stomach ulcers are very common in foals who do not have sufficient milk intake which can lead to death. If you notice the symptoms, then immediately take your foal to the vet. Watch for symptoms such as:

If you observe these clinical symptoms, then you should suspect that the horse has stomach ulcers, immediately call and take your horse to a doctor. They can diagnose the disease with more certainty using an endoscope (a device that can see the inside of a horse’s stomach) and provide appropriate treatment and advice.

Caring for horses requires a serious time commitment. Treatment can cost anywhere from $ 300 to $ 500 per month. With proper care, however, your horse can be a great and fun pet and companion. Plus, horses can live up to 30 years, or more. Therefore, make sure you provide proper shelter and food and care for your pet horse. Some horses are prone to disease when their food is placed in dirty places. Therefore, do not let the food for your pet horse directly touch the ground.