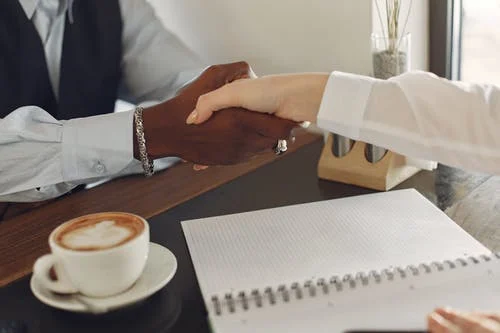 Language is a dynamic field of study which comprises the study of various features as well as the language structures. At the end of the nineteenth century, the American philosopher Charles Sanders Peirce proposed and described a study that he called semiotic.

Later on, the Swiss linguist Ferdinand de Saussure, in his Course in General Linguistics independently proposed a science that he called semiology. Since then, the words semiotics and semiology have been used interchangeably for the system of signs as these function in all areas of human experience.

Signs, if we talk in a very general sense, have been an important part of our everyday life. Ranging from the traffic signals to the morse codes and a great diversity of other such activities including the bodily postures and gestures, the social rituals we perform, the meals we serve, the clothes that we wear and many other such objects, signs occupy all these fields.

All these things convey a common meaning to the members who participate in the particular activity and thus are known as signs.  Research paper writings associated with the concept on linguistics have said that although the study of language is generally regarded as only one branch of semiotics, linguistics,

The highly developed science of language has for the most part supplied the basic concepts as well as methods that need to be applied by a semiotician to the study of non-linguistic sign systems.

Signs and their study thus become an important part of study as well as equally difficult therefore, students may need assignment help with the same.

Three classes of signs were distinguished by C. S. Peirce. This distinction was made on the basis of the signifying item as well as the item it signifies. But before that we need to know the terms that actually represent these two things.

The term signifier refers to the sound or image of an object while the word signified refers to the literal meaning it conveys. Understanding this we can now list the three distinguished classes of sign:

Ferdinand de Saussure introduced many terms and concepts that the current semioticians have exploited. Saussure’s terms are important, therefore, students seeking assignment help must remember them. The most important among them are:

Modern semiotics, like structuralism, developed in France under the guidance of Saussure. They deal with any set of social phenomena or productions as texts, that is constituted by self-sufficient, self-ordering and hierarchical structures of differentially determined codes, rules and signs.

Claude Levi-Strauss, in the 1960s, inaugurated the application of semiotics to cultural anthropology, thus establishing the foundation of French structuralism. He used the model of Saussure’s linguistics as a model for analyzing the primitive societies.

These include kinship systems, myths, ways of preparing food and other ways of interpreting the world. Michel Foucault developed a mode of semiotic analysis to deal with the changing medical interpretations of the symptoms of disease as well as altering the concepts of human sexuality.

Roland Barthes further applied the principles of Saussure’s theory and methods and wrote the semiotic analysis of the constituents and codes of sign systems in advertisements.

Jacques Lacan, in his research paper writing, applied the concept of semiotics to Freudian psychoanalysis. For example, interpreting the unconscious as a system of signs.

Therefore, semiotics involves the sign process which involves the concept of signs in any concept it has to talk about. Several critics and theorists worked upon this theory in order to come up with new theories.

The points stated above are sufficient enough to cover the concept of semiotics. Thus, these points can further help the students in their research as well as provide them with assignment help.

The theories mentioned above have a lot more in them to be elaborated upon thus should be supplemented by the information.