What Are the Best Muscle Cars of the 20th Century? 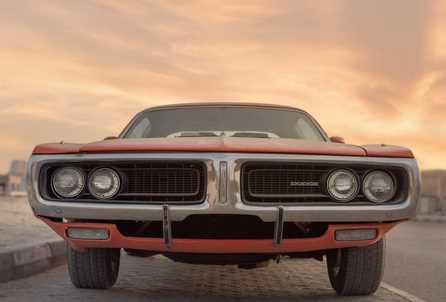 The American muscle car is iconic, renowned for its sleek and attractive looks and powerful performance. Designed primarily for speed in a straight line and popular for drag racing, 20th-century muscle cars were also great everyday cars that one could use for getting around.

The strictest definition of a muscle car is an intermediate-sized model with high performance powered by a V8 engine. It should also be available at a price that is considered affordable.

If you are looking at classic American muscle cars and wondering which is the right choice, then this article is for you. Here, we will highlight the best muscle cars of the 20th century.

Of all the incredible Pontiac GTOs, perhaps the most iconic is the 1967 version. Although there were few exterior changes that year, there was a power upgrade with a 400 cubic inch engine.

It was available in three categories: economy, standard, and high output, with the latter producing 360 horsepower. As with all Pontiac’s, it stood tall in terms of style.

The Dodge Coronet was first introduced in 1949 and passed through seven generations. The first muscle car version was made available in 1965.

Well-designed and easy-on-the-eye, the Coronet was a powerful muscle car that perhaps peaked with the 440 series in 1969. Of the five models released, they included a two-door coupe and a two-door hard-top.

The El Camino SS was first released in 1959 and was the high-performance version of the standard El Camino model. A total of five generations were sold and each has a place in American muscle car history.

The El Camino SS was a coupe utility vehicle, perfect for those needing to carry loads but not wishing to buy a regular pickup. With a front-engine and rear-wheel drive, this Chevy muscle car was powerful and reliable and was popular in the United States as well as Australia.

How could we compile a list of iconic 20-century American muscle cars without mentioning the Ford Boss 429 Mustang? Produced between 1969 and 1070, it is a rare and highly-valued muscle car with less than 1,400 originals ever made.

Thankfully, many of them remain in good working condition (though they command eye-watering prices when put up for sale). The Boss 429 Mustang boasted 375 horsepower and had an iconic exterior style.

The Best Muscle Cars of the 20th Century

This is a non-exhaustive list of great 20th-century muscle cars. Other great options include the Chevrolet Corvette ZL1, the Plymouth Barracuda, and the Shelby Cobra GT500KR. The best muscle cars of the last century have a way of staying relevant today, highlighting just how impactful they have been within the motoring world.

Like this blog post on American muscle cars? Be sure to check out our other interesting articles on the rest of our blog today.