What are the best Prank Apps? 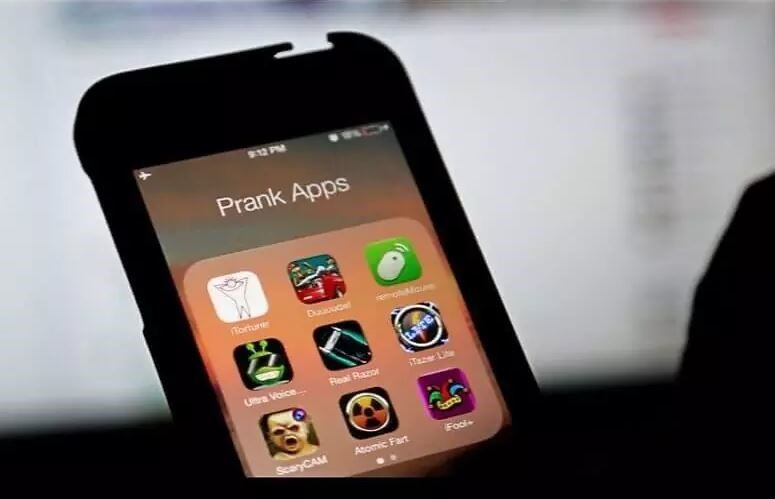 Prank apps have taken the prankster world by storm as they offer a variety of fun features. Not only do they make pranks more versatile and creative but also provide anonymity for users when performing prank calls.

Below is a shortlist of our recommendations for the best pranking apps around, let’s take a look.

Ownage Pranks is a prank Dial app that provides a vast selection prescripted pre-recordings, each is automated and contains a unique prank scenario, i.e. ‘You Peed in the Pool! And ‘Stay Away from my Girl!’.

With over 100 pranks available, begin by browsing through their selection and choosing your favourite one to use on your friend.

During phone calls, pre recordings are automatically played so you can tune in, from here you can sit back and listen to the hilarious reactions from your friends.

Pre Recordings emulate humans so effectively because of its ability to analyze conversations on the go, the app’s algorithm AI recognizes keywords and even knows when the recipient has gone silent.

As a result, it responds at the correct times, ensuring conversations run smoothly without suspicion.

If you’re worried about exposed Caller IDs don’t worry as you will be allocated one from the OwnagePranks app, all that is required is a stable internet connection to start your prank call.

Prank calls that you feel stand out can also be submitted to the Ownage Pranks hall of fame, where the best entries are featured regularly. If you visit their website, you can view their ‘Top Performing’ prank calls that other users have done.

The design and purpose of some Prank calling apps not only lets users make a call to trick friends but also to receive one.

Shake Fake Call Escape is a fake incoming call app which allows you to call yourself, from there on it’s your choice what prank scenario you wish to create.

For example, if you’re stuck in a meeting or uncomfortable social occasion and want to leave, this app lets you activate a fake incoming call instantly.

Since phone calls are inconspicuous, you’ll be able to give an excuse to leave without raising any eyebrows.

In case you’re wondering why it’s called ‘Shake Fake Call Escape’ in order for users to receive an incoming call a phone shake is required. You can adjust the sensitivity of the shake, depending on how hard you want the shake to be.

Using the app couldn’t be simpler. There are two separate screens; one to make a fake call and the other for an SMS, once you have selected your choice your phone a shake to activate and wait.

Not to be underestimated a good prank app is just as enjoyable as a prank call, the popularity of prank apps have pushed developers to become more creative and daring than ever.

Scare Your Friends- JOKE is no exception and is a particularly great choice for scaring your friends on Halloween. Simple to use this app gives great jump-scare reactions at the most unsuspecting of times.

The app has two types of scare selections, one being a gallery full of scary pictures and the other being terrifying sounds to go with it. You’ll be able to mix and match to find the most frightening combination before handing the phone to your friend.

After selecting a picture/sound combo so terrifying it shudders the soul, schedule the timer to allow yourself enough time to lend the phone. Once given, the image and sound will burst onto the phone screen without warning, creating funny and often panicky reactions.

If you have a smart television in your household with multiple people sharing it, this app is brilliant for making subtle TV pranks that will make your friends and family members lose their sanity.

This prank app lets you take complete control of the unique features that smart TVs provide. Downloading and using optimum allows you to synchronize your phone to the TV, giving you full parental control over what channels are shown.

Want to prank a friend so they can only view channels dedicated to children’s tv shows?  Optimum lets you lock and unlock any channel of your choosing.

Another prank that’s effective and not too obvious is to turn the volume up or down slightly at set time intervals, while initially not enough to bother most people if you keep it up for an hour and it will drive anyone up the wall.