What Are the Consequences for Juvenile Sexual Offenders? 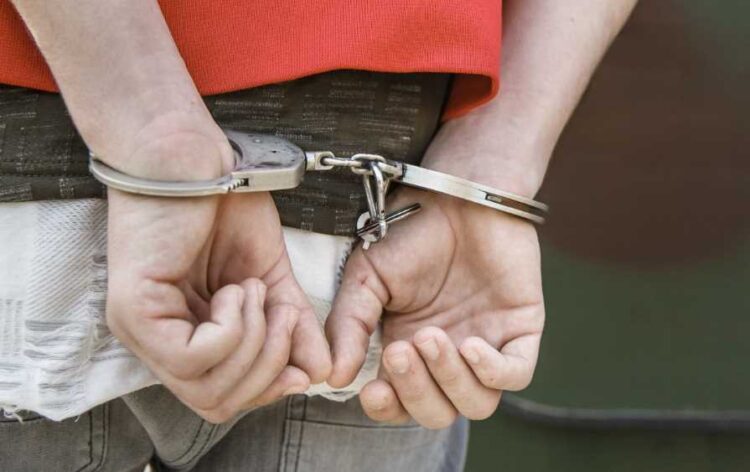 Sexual abuse is an epidemic. One in six women and one in 33 men will experience a rape attempt during their lifetime.

One reason why these numbers are so high is juvenile sexual offenders. Young people can sexually assault other young people. Yet the process for prosecuting these offenders is complicated.

Why do courts distinguish between adult and juvenile sex offenders? How does a juvenile sexual predator go through the court system? What are the legal penalties for sex offenses, including sex offender registration?

Answer these questions and you can navigate through a complicated court case. Here is your comprehensive guide.

The criminal justice system takes strides to differentiate between adult and juvenile sex offenders. This is not to say that a juvenile will not receive punishment if they commit a sex crime. But a court will examine several factors when determining the right course of action.

The most profound difference between children and adults has to do with brain development. A 2020 study found that a person’s brain continues to develop into their 20s.

Someone may have a mature socioemotional system in their teens. Yet the parts of their brain that help with decision-making keep growing.

This means that children have a weak ability to consider the impact of their actions on others. They also have a weak sense of right and wrong, especially at a young age.

Environmental factors can stunt or influence a child’s brain development. Consuming alcohol or tobacco smoke can delay the establishment of brain functions. Experiencing abuse can also impair brain functions and inspire a child to commit crimes.

Brain development is one reason why juveniles are more susceptible to peer pressure. Many children cannot think of good reasons to refute their friends or relatives. This means that they go along with what the group does, including criminal activities.

Friendships help juveniles build their own identities. They can get to know other people and adopt traits that they think are worthwhile.

But they may adopt the wrong traits, which can lead them to commit sex crimes. Courts understand that children make mistakes and try to avoid punishing them for errors.

Many teenagers feel pressured to have sex. They may hear their friends talking about it and decide that they need to have it. This can diminish a person’s ability to consent or encourage someone to commit a crime.

Young people have sexual feelings from an early age. Children as young as two years old touch their genitals and the genitals of other children. This is normal behavior that can be healthy.

But children can also express some uncommon and unhealthy behaviors. They may try to kiss or use force against another peer. They may get into sexual behaviors with adolescents, teenagers, or adults.

But less common behaviors can lead to prosecution. A court understands disruptive and persistent behaviors are inappropriate and can traumatize other children.

Similar ideas apply to teenage sexuality. Courts understand that teenagers express themselves in sexual ways. As such, they limit the cases they prosecute to situations where the behavior led to physical or emotional trauma.

It does not matter if the juvenile says that the activity is okay. It does not matter what gender the child is or if the child has gone through puberty. It is always illegal for someone over the age of consent to engage in sexual behavior with someone under it.

Some teenagers may have relationships with people of different ages. A student in tenth grade may have a relationship with someone in eleventh grade.

This means that the eleventh-grade student would reach the age of consent before the other student. Common law would prohibit the two from having a sexual relationship.

In general, two adolescents can engage in consensual sex if they are within four years of each other. Both must be teenagers.

Their relationship must have begun before the older partner reached the age of consent. The two juveniles cannot be related to each other. The older partner can receive prosecution if they abuse or assault the younger one.

All states make it illegal for adults to produce child pornography. They cannot videotape or photograph a juvenile engaged in sexual activity.

But states have different laws when it comes to juveniles making sexual materials themselves. It is not illegal in most states for a juvenile to produce a sexual image of themselves.

It is usually not illegal for that person to send that image to their partner. There are legal cases that have been brought against juveniles who do this. But few juveniles have received penalties for consensual behavior.

It is also not illegal for a couple to record themselves while performing sexual activities. The two partners can possess and view the images of themselves.

A juvenile cannot send a sexual image to someone so they can harass them. They cannot make sexual materials of someone else without their consent.

They also cannot post sexual materials online. Juveniles have received child pornography penalties, even for consensual material they made themselves. This includes posts on social media.

In addition to pornography offenses, there are other offenses that juveniles can commit. Sending pornographic materials to another person without their consent is illegal.

Touching someone in a sexual fashion is also illegal. This includes groping, fondling, and kissing.

Rape occurs whenever someone has sex with someone else without their full consent. Date rape, gang rape, and rape involving the use of drugs are subcategories of rape. But a juvenile can commit rape by themselves with no alcohol or drugs involved.

Some children touch their siblings’ genitals when they are very young. Courts can consider this to be incest. They will consider any sexual contact between siblings or relatives older than 10 to be incest.

Very young children do not receive charges for public exposure or exhibitionism. But an adolescent or teenager can receive charges, especially if they are around strangers.

Voyeurism involves watching someone else while they perform an intimate activity. Obscene phone calls may involve propositioning someone for sex or making lewd comments. Both activities are always illegal.

Mandated reporters are people who have regular contact with children. They include teachers, health care professionals, and first responders.

If a reporter believes that a juvenile has committed or experienced sexual abuse, they must talk to the police. They are obliged to do so whenever a child tells them about sexual abuse. The police will then investigate the incident.

Most child sex cases begin with a report from a mandated reporter. A family member may also go to the police and ask them to investigate an accusation.

The police will interview the person who made the report. They will then go to the juvenile accused of the crime.

Juveniles have the same legal rights as adults. They have the right to remain silent, though they need to hand over a photo ID if asked for one.

They can ask to have an attorney present with them before, during, and after questioning. They can contact different attorneys, comparing this Juvenile Sex Crimes Attorney to that one so they can figure out the best one.

If a juvenile is accused of abusing a family member, the police will interview the entire family. They will try to interview each person one by one to avoid contamination between witnesses.

For an officer to arrest a juvenile, they must have probable cause. They must find credible evidence that leads them to believe the juvenile committed the crime. Physical evidence, eyewitness testimony, or a confession can produce probable cause.

Juveniles do not go to adult jails. Police officers escort them to juvenile detention authorities who house them in special facilities.

As soon as the officer makes the arrest, they must notify the juvenile’s parent or guardian. The juvenile can also contact their parents through a phone call.

An officer can decide to release a juvenile and send them to a community agency or probation officer. Many first-time or misdemeanor offenders receive this punishment. They can then receive additional counseling that will prevent future crimes.

If an officer decides to keep the juvenile in custody, they must go before a judge. The judge will decide on whether they should remain in jail. Most juveniles accused of sex crimes remain in detention, especially those accused of incest.

They will then receive an arraignment hearing. The juvenile will decide if they want to plead guilty or not guilty. They will also receive formal information about their charges and potential penalties.

A judge can decide to throw out the juvenile’s charges. But most juvenile sex cases go to trial. A jury determines whether the juvenile is guilty or not guilty of sex offenses.

The consequences of sex offenses depend on the charges and circumstances for the crime. They also depend on state laws.

In general, the more severe the crime is, the harsher the penalties. Voyeurism and lewd phone calls are usually misdemeanor offenses that do not result in prison sentences. Sexual assault, rape, and incest are felony offenses that can lead to imprisonment.

A juvenile may be expected to pay fines as well. They may need to pay tens of thousands of dollars to the state and to the person they abused.

Juveniles who commit serious sex offenses will go on the sex offenders registry. Members of the public can find out where they live and work.

States have different laws for their registries. In June 2021, Colorado’s Supreme Court struck down a law requiring juveniles to remain on the sex offender registry permanently. Other states may follow Colorado’s example.

The personal consequences of being convicted of sex offenses are severe. Many sex offenders lose job and housing opportunities. They may be denied access to children, which limits them to remote work.

The parents and siblings of sex offenders are often harassed. Some families move away or change their names in order to start over. Many partners of juvenile sex offenders end their relationships after convictions.

Most juveniles who commit childhood sex offenses do not re-offend. Yet many experience shame, remorse, and anxiety that they will re-offend. This may lead to depression and other psychiatric disorders that last for years.

Juvenile Sex Offenders and the Law

The court takes a cautious approach to juvenile sexual offenders. They have underdeveloped brains and weaker moralities than adult offenders. Laws like the Romeo and Juliet law respect healthy behaviors between juveniles.

A juvenile can receive prosecution for rape, assault, or an act of incest. They will stay in a juvenile correctional facility and receive a trial.

You can defend a juvenile once you have the facts. Read guides to juvenile rights by following our coverage.