What Are Trichomes and Why do They Matter? (Cannabis) 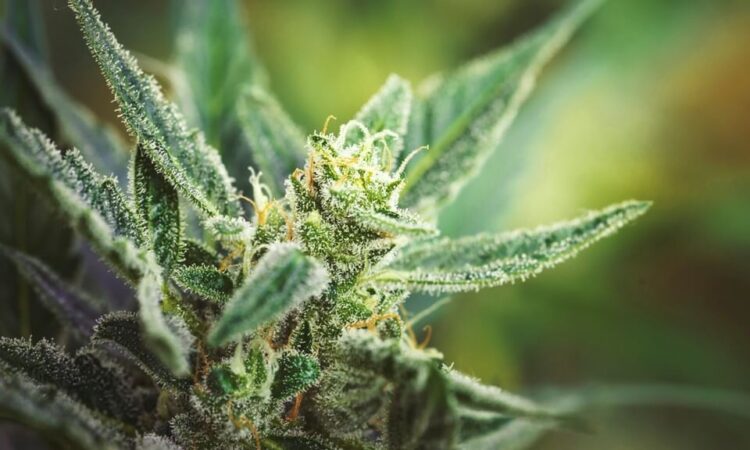 Most of the cannabis users are well-known to Trichomes. A small crystal found on cannabis flower leaves and buds. Trichomes are tiny in size, but they have a significant impact on marijuana. If you want your cannabis to have a pleasant flavor and aroma, as well as a substantial amount of CBD or THC, it should have some well-tended trichomes.

What are Cannabis Trichomes?

Trichomes are tiny growths found on plants such as algae, lichens, and cannabis plants. The word trichome is adapted from the Greek word trichma, which means “hair growth.” This is an appropriate name for trichomes as they look like tiny, icy, sparkling hairs that cover a plant. While cannabis trichomes are not hairs, they grow from the cannabis plant in the same way as hair does.

Trichomes get to work as soon as they form on the surface of a cannabis plant. Cannabis trichomes carry vacuoles and plastids from the stalks to the tips. They metabolize them and begin to manufacture resin containing terpenes and cannabinoids such as CBD and THC. Cannabinoids and terpenes are found in other areas of the cannabis plant. However, trichomes are highly plentiful in these cannabis chemicals. The trichomes of a marijuana plant contain the majority of its cannabinoids and terpenes.

So, trichomes are ultimately responsible for what many people appreciate most about cannabis. It contains cannabinoids and terpenes, as well as impacts, aromatics, and flavonoids. Trichomes not only store cannabis components in their small tips, but they also produce them.

Trichomes are much more than crystal hairs and sticky glue that cling to your fingers when handling buds. They play the most critical roles in cannabis:

Later in the article, we’ll go into why they matter in greater detail. Before we get there, let’s take a look at the three primary forms of cannabis trichomes.

The Three Types of Cannabis Trichomes

Cannabis Trichomes are the little, crystalline growths that resemble hairs and create the resin that affects the potency and even aroma of a strain. Trichomes are found in a wide variety of plants, including algae. They differ significantly between species and can vary considerably between species. If you want to get all nerdy about cannabis trichomes, you should know that there are three types of glandular (resin-producing) trichomes:

The bulbous trichome is the smallest trichome found on marijuana, measuring about 15-30 microns (a human hair is roughly 75 microns). It’s so small that you can’t see it with your naked eye. Bulbous trichomes are made of a resin-secreting gland that rests atop a short stalk. The trichome sometimes creates a tiny bulbous protrusion on the top of the membrane as it swells.

Capitate-sessile trichomes are slightly larger glands (25-100 microns) covering cannabis plants more densely than bulbous trichomes. These are the second most prevalent trichome type and can be found on stems, leaves, and bracts (modified or specialized leaves found above the leaves but below the flower). Cannabinoids are produced by capitate-sessile trichomes throughout the plant’s life cycle, albeit at considerably lower quantities than capitate-stalked trichomes.

The most prevalent trichomes on cannabis plants are capitate-stalked trichomes. They contain oils and release unique substances like CBD and THC. Capitate-stalked trichomes are enormous glandular trichomes, with sizes ranging from 150 to 500 microns! They have a stalk and a waxy head that can be seen with the naked eye. They begin to grow and completely cover the region in and around the protective outer covering of small leaves that enclose buds as they grow during the flowering phase.

Why Do Trichomes Matter?

Trichomes perform some of the most important tasks in the cannabis plant. The function of trichomes is determined by the type of trichome and the location of the trichome. For example, root and leaf hairs (inside epiphytes) absorb nutrients such as minerals and water. They also lower plant temperature and defend against UV radiation and water loss like leaf hairs.

Below are a few functions trichomes serve, and this is the reason why they matter the most.

The gooey surface of trichomes (the sticky resin coating) forms a protective barrier that serves as the cannabis plant’s first line of defense. Here are some of the defensive measures they are in charge of:

Terpenes and cannabinoids are secreted by special cells and stored in the trichome’s spherical resin gland. The genetics in the original cannabis seed and the environment determine the exact nature/ratio of cannabinoids and terpenes excreted.

This is where the magic takes place!

So, how did you find learning all of this? Hopefully, this guide has almost covered everything you need to know about cannabis trichomes! With all of this information, and its function, we find this plant more fascinating, and we hope you have all of the answers to your questions by now.

Tags: Trichomes and Why do They Matter