What If Goku Met Naruto? 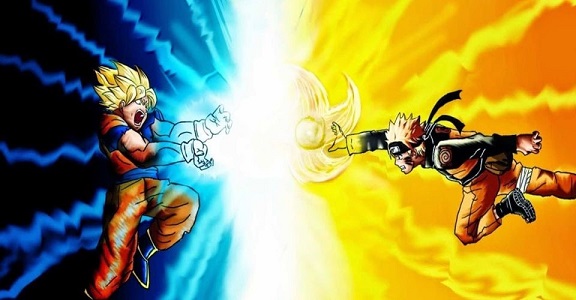 So moving ahead from the whole Goku vs Naruto discussion, I’m writing an article mainly fanfiction trying to discuss what would happen if Goku and Naruto met both in character.

Firstly, it would be one of the greatest moments in anime and manga history if two of the main characters meet together.

Looking at their characters firstly. They would Immediately know that the person in front of them has a vivid personality.

Naruto and Goku carry themselves in a certain way. And any person with fighting experience will know that both of them carry huge personalities and just looking at each other’s eyes they will instantly know that person in front of both Naruto and Goku are not normal beings.

Goku is universal level and Naruto is planetary level.

Goku will sense immense power in Naruto and feel exuberant as Naruto is someone extremely strong but at the same time, he’s self-sacrificial and pure at heart with no hatred.

Naruto also with his sensory abilities will know instantly that Goku is pure at heart and has cosmic level strength.

Both Inadvertently will break into a huge smile meeting each other. Now, who will first talk will be subjective but I’m going with Goku.

So Goku will start by introducing himself and asking about Naruto.

Naruto will also share a few things about himself and they will have an introductory talk which won’t be too long.

As we know Goku loves fighting Goku before asking anything else will ask about his battle experience and is he willing to have a friendly battle.

Naruto will politely agree as they both are beings who are extremely passionate about hand-to-hand combat techniques with the usage of their secret powers and they both will fight inevitably.

Now there’s gonna be a humongous battle thatmeetsfanfiction might shake the entire planet depending on how serious they both are. Goku is gonna hold back initially to see what Naruto is capable of.

Naruto won’t be going into full-tailed beast transformation as it could destroy landscapes and it’s just a friendly battle.

Soon Goku will realize that Naruto is not an ordinary human being. And probably the strongest human being he’s ever faced.

Then Goku will activate his full Super Saiyan blue form and knock Naruto down possibly by speed blitzing him and end the battle after feeling satisfied. Then Goku will approach Naruto give him a handshake and thank him for the friendly fight they had. Naruto will return the handshake graciously as he already knew before the fight that Goku is cosmic level and not defeatable.

Both will be extremely hungry after the fight.

Naruto will suggest that his favorite food is Ramen, And Goku should try it. Goku being the world’s biggest foodie will not hesitate and would immediately agree.

Both will visit a famous Ramen shop and talk about their lives.

Now they will share the story of their lives.

Goku will shortly explain all the events from the Dragon Ball series and Naruto will share the events in Naruto and Shippuden. Goku will also have a nice chat with Kurama and also learn a few things about him.

They will stay there till night talking, laughing, bonding thus becoming friends will give each other a hug, bid farewell and they’ll return to their respective worlds.

For More Rankings and Content on Naruto, Visit Naruto Explained

It’s worth your time!

The Benefits of Having a Fuel Management System