What Is The Difference Between Vaping And Smoking 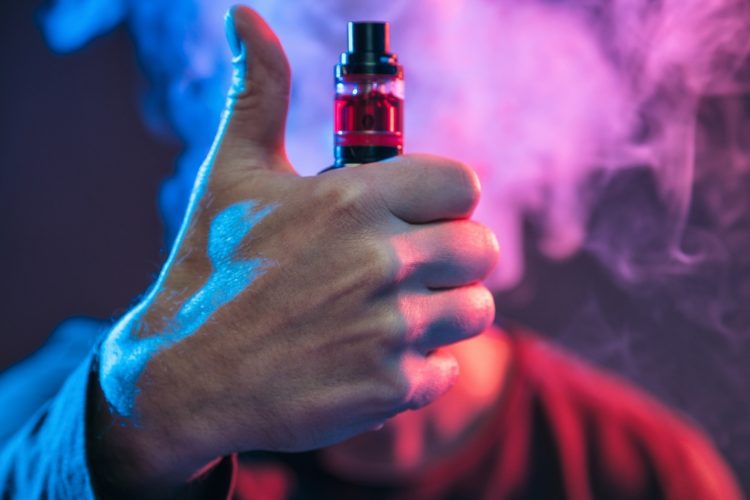 Smoking kills. Cigarettes contain harmful substances that can affect the lungs and overall health, leading to severe health issues and even cancer. But smoking is addictive, making it difficult to stop completely.

Hence, alternatives like vaping are gaining popularity as they are considered a lot less harmful than cigarettes, albeit giving similar effects when consumed. While vaping is not entirely harmless, it presents a much better alternative to people trying to quit smoking and gradually get out of their smoking habits with fewer withdrawal effects.

Here is a brief rundown on how vaping works and the differences between vaping and smoking.

The basic difference between smoking and vaping is the way nicotine is delivered. While smoking, people usually burn rolled-up tobacco and inhale smoke, whereas in vaping, the vaping liquid is heated to create vapors, which are then inhaled.

The biggest advantage of choosing vaping over smoking is that vaping allows one to choose the nicotine levels they want to consume. Nicotine is a chemical substance that can produce a stimulant effect on the body. Higher levels of nicotine can be toxic, and as nicotine is addictive, long-term usage can damage the person’s overall health.

Thus, vaping can help gradually weaning off of nicotine from the body and help quit smoking altogether.

Vape juices can also have additional flavors and methods for inhaling that provide a lot more variety than cigarettes.

How Many Vaping Flavors Are There

Vape juice is an aerosol that contains the base liquid (either PG or VG), flavor additives, and nicotine. There are many vaping flavors ranging from fruity flavors to ice cream dessert flavors. Some of the popular flavors include:

How Many Vaping Devices Are There

Vaping devices or e-cigarettes consist of the following main parts:

Medium powered devices are the tube mods and box mods.

Based on its build design and usage, the level of mastery required and ease of use will differ for a given vaping device. Most beginner vapers will find low power vaping devices much easier to use.

How Much Vaping Equals A Cigarette

On average, a cigarette contains 8 mg of nicotine. This is just an approximation as calculating the exact values of nicotine in cigarettes is difficult as it depends on the type and amount of tobacco used. Cigarettes can also contain as high as 20 mg of nicotine.

If a person wants to get the equivalent amount of nicotine as they would get from a cigarette puff, they will have to listen to their own body’s signals to see if the same stimulant effect is achieved. Unlike cigarettes, tracking nicotine usage and consumption is much easier with vapes.

For a heavy smoker, vape juice with more than 6 mg of nicotine might be needed to feel the same effect. Light smokers and people trying to quit vaping can make use of low levels of nicotine like 3mg and gradually reduce it to zero nicotine vaping to quit smoking.