What Is The Right Age For A Facelift? 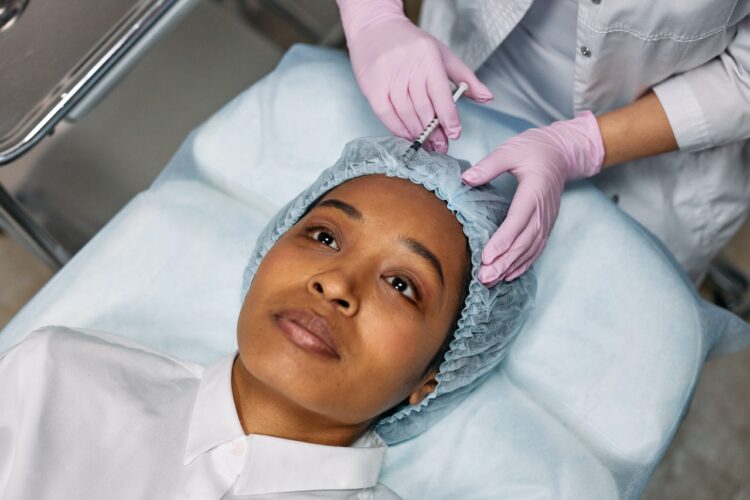 Noticing the early signs of aging is not something many people want to face. The reality is that everyone begins to age at some point. As soon as you notice sagging skin and wrinkles beginning to form, you may want to consider getting a facelift. You’ll want to speak with a professional like Miguel Delgado, M.D., an experienced, board-certified plastic surgeon well-versed in all the surgical and non-surgical techniques needed to remedy the signs of aging. During such a consultation, you’ll get all the answers you need about what’s best for your facelift situation.

What Age Should You Get A Facelift?

Rhytidectomy, commonly known as a facelift, is the medical term used to refer to the surgical procedures used to remove the signs of skin aging on the face, giving the recipient a younger and rejuvenated look. There is no set age that medical professionals would consider the right age for a facelift. Anyone who begins to exhibit the typical signs of aging—crow’s feet wrinkling around the eyes, and other such wrinkles—can undergo a facelift as long as there are no known health issues that could affect the prognosis of the surgery. However, most people consider the age range between 40 to 60 years to be the right age for a facelift. This is when the signs of aging can be prominently visible. Also, those who tend to exhibit the best result for a facelift are usually in this age range. To know if you need a facelift, pay attention to the signs of aging on your face and seek a professional opinion from a qualified and certified plastic surgeon.

Some significant signs of aging should signal the need for a facelift if you so choose. Remember that these signs begin to appear for many people around the age of 30. However, how early you begin to exhibit the signs of aging will depend on factors like genetics, diet, general health, and other lifestyle habits. The signs of facial aging include:

i)Fine Lines and Wrinkles: These are usually the most noticeable signs of aging among all the others. The skin contains some substances responsible for maintaining its sparkle with smooth skin. These substances include elastin, collagen, and hyaluronic acid. As we age, the production of some of these substances begins to decline. This means fewer are produced, gradually forming furrows and wrinkles that deepen with age. It is estimated that these substances decrease by about 1% each year after one turns 25 years old.

ii) Sagging Skin: Sagging facial skin is usually prominent at 40 in most people. For example, women may begin to notice the sagging around the lips and the nasolabial folds every time they apply makeup. If you naturally have hollow eyes, the sagging skin around them can add to this, giving you a sad and tired appearance. Smoother and fuller skin is all because of the collagen, elastin, and hyaluronic acid present in the skin. Gradual loss of these substances leads to sagging because there is insufficient volume under the skin. Decreased flow of nutrients to the skin is a natural progression of age which further adds to the sagging.

iii) Loss of Elasticity: The skin of younger people is smoother and firmer because of plenty of elastin and collagen. When these substances decrease with age, normal tissue layering in the skin is disrupted. Decreased hyaluronic acid levels also contribute to skin dryness which exacerbates the loss of elasticity.

What Kind Of Facelift Will Do I Need?

Depending on the state of your skin and the extent of sagging and wrinkling, you may need a complete facelift. This is the kind of facelift most known to people. It will restore your jawline if its appearance has been blurred because of skin sagging and fat loss in the central part of the face. It also removes excess skin around the cheeks and neck to give you a younger appearance. A surgeon begins the incision in the temple area just above the ears to lift and reposition the skin. This incision encircles the earlobe as it makes its way toward the jaws. Experienced plastic surgeons can hide the incision marks in other naturally-occurring creases around the face.

Ultimately, the right age for getting a facelift will depend on your unique situation.