What the Scientific Research Process Actually Look Like in Practice 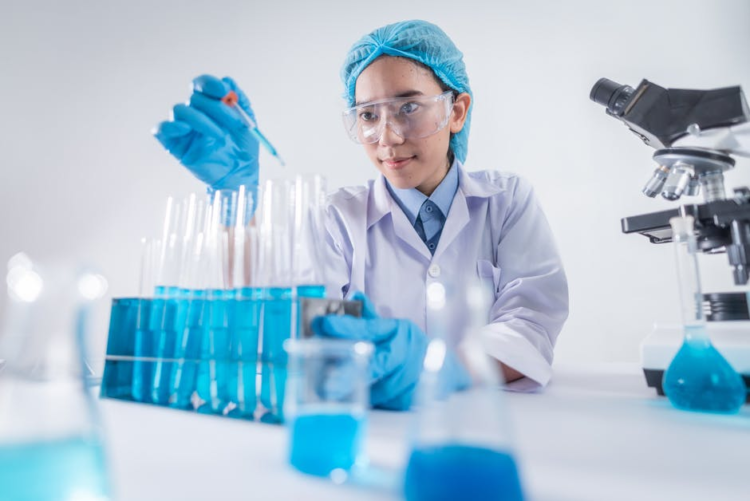 Did you know most people can’t determine the hypothesis of the scientific method? If you want to understand how scientists reach their conclusions, we can help.

In this guide, we’ll go over the scientific process. We will explain the steps scientists will follow when conducting scientific research.

Why Should You Understand the Scientific Process?

It’s helpful to understand the process a scientist will follow when they want to research something.

You’ll gain an understanding of how a scientist reached a certain conclusion.

You should try and treat scientific journals like museums, according to Moderna Co-founder Kenneth Chien.

Before you learn about the scientific method, let’s take a look at some definitions and important key terms.

The hypothesis is an educated guess a researcher will make about the potential relationship between two or more variables.

What is a variable? The variable is an element or factor that will change in measurable and observable ways.

What Is the Research Study Design?

Scientists will need to determine their research study design.

Designing a study or experiment is critical for social and natural scientists. Sage Research Methods has a Project Planner that will guide people through the steps of research design.

Psychologists will also use the scientific method. The scientists will use the method to see if there’s a relationship between two or more variables.

Social scientists and psychologists will then try to explain human behavior. People will make judgments about the actions, motivations, and intentions of others all the time.

These judgments we make about people are anecdotal and subjective. Yet, scientists will use the scientific method to study psychology in a systematic way.

Results from these studies tend to get reported in popular media. Many tend to wonder how the researchers arrived at their conclusion.

To better understand how researchers and psychologists reach these conclusions, you’ll need to understand the research process.

The psychologists will use this process to conduct psychological research. When you understand the steps of the scientific method, you’ll understand how researchers reach conclusions.

Let’s learn about how scientists will begin gathering data and how they use the scientific process.

What Will You Investigate?

Scientists will complete research and then gather their data and make observations. The data and comments will lead a scientist to ask why something’s occurring.

Scientists will look to get answers to their questions and continue researching. After scientists determine an excellent question, they decide how to answer it.

Based on observations and research, a scientist will arrive at a hypothesis. The hypothesis is the potential answer to their scientific question.

The hypotheses are based on their current theories, observations, and information gathered from various sources.

Scientists will use their hypotheses to make a prediction. They have a testable statement to describe the outcome of their investigation.

To test the prediction, you’ll need evidence. There are different methods to collecting data or evidence.

Scientists will gather data by first observing the natural world. Then, they will experiment in a lab or run a model.

The scientist will figure out what strategy to use. Sometimes they will combine the techniques. Then, they will make a plan and begin gathering their data.

The scientist looks for patterns to reveal connections between variables in the hypotheses.

Scientists organize their data and evidence into diagrams, graphs, or tables. They will also include any relevant data from other reputable resources.

Scientists figure out if the evidence doesn’t or does support their hypothesis. If the results remain unclear, the scientist will need to rework their plan.

If the results are precise, the scientist will write up a summary of their findings. The scientist will look at sharing their information with others. The conclusions tend to lead to a new question to investigate.

The scientific method is a process to answer questions and keep exploring observations.

A scientist will spend time doing research and learning more about the topic. They will gather information online and from the library. This way, they can prevent making repeated mistakes.

Scientists will test their hypothesis by completing an experiment. The experiment tests if their prediction is accurate.

They also test if the hypothesis will get supported by evidence. It must be a fair test. Scientists need to make sure they conduct a fair test.

They should only change one factor at a time and keep other conditions the same.

Scientists will also repeat their experiment a few times so they can make sure they’re arriving at the same result each time.

Scientists might find their predictions aren’t accurate, and their hypotheses aren’t supported. They communicate the results and then go back and rework their theory.

The scientific method will start all over again. If the hypothesis is supported, they will need to test it again.

We hope this guide on scientific research was helpful. Consider the different steps scientists will take to reach a conclusion about their findings.

If you want to learn more about lifestyle or technology, stick around. We have many resources for you to check out on the blog today.