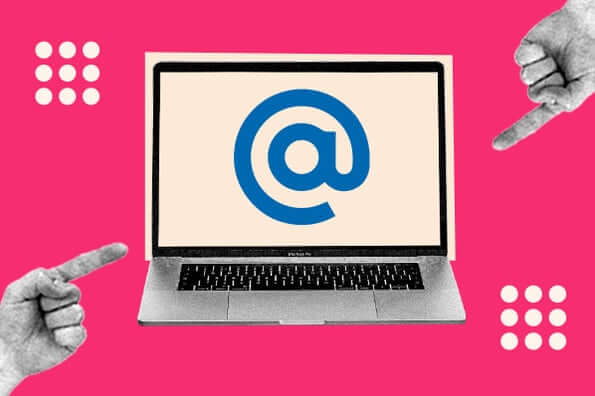 50 years after its conception in the 70’s,  emailing remains one of the most popular forms of communication on the internet. If you want to sign up for an account for pretty much any site, you’re going to need an email address to associate the account with.

So, this begs the question: What emailing service should you use today? There are tons of different email companies, which have some differences between them. Let’s review five of the top-rated email service and account providers to help you pick the right one.

Yahoo Mail has been a leading form of emailing for over 20 years, having been launched in 1997 after they acquired Four11’s Rocketmail and rebranded it. Since then, it has been a staple of emailing across the globe, with hundreds of millions of active users using their services monthly.

In addition to emailing, Yahoo has many other services, such as Yahoo News, which publishes a wide collection of news articles and other forms of media. For example, Yahoo News recently published this article featuring a banking company’s new market president.

Gmail is Google’s own emailing service. Having been launched in 2004, it had to overtake Yahoo to become the world’s largest emailing provider today – with well over 1.5 billion active users! Probably one of the most attractive features of Gmail when compared to Yahoo is the fact that there are zero ads. Yahoo, while having a lot of features, falls short to Gmail when it comes to how cluttered it is.

Additionally, your Gmail account will unlock a plethora of Google’s online services such as Google Drive, Youtube, Google Sites, and so much more.

With one Gmail account, you could theoretically never need more than one email account and still be able to get around on the internet without being blocked. Whereas users without Google accounts miss out on many essential features and services that Google offers.

Unlike the previous two names on this list, Titan Email is a business-focused emailing service. There are many features available that aren’t anywhere else. This includes snoozing emails, setting reminders, advanced searches, read receipts, undos, and more.

Titan Email does come at a cost however, with plans starting from $2 per month. If you are unhappy with your current emailing service, and need something to help you manage your work more, we highly recommend checking out Titan Email’s features, which can be found here.

AOL used to be the world’s leading emailing provider, having reached that title in 1997 with 9 million worldwide users – a tiny number compared to the 1.5 billion users Gmail has today. Despite AOL falling off in popularity, it remains a very strong service for emailing today.

AOL’s biggest offer that most other emailing services cannot provide is the fact that you get unlimited storage! This may just be the reason to get AOL if you like to keep all your emails for record.

In recent years, cybersecurity has become an increasingly important thing for many individuals, and the old and outdated emailing services just aren’t cutting it for a lot of people. This is where ProtonMail, a fully encrypted emailing service, found its niche.

Having been founded fairly recently when it comes to emailing, in 2013, ProtonMail may just be revolutionizing how emailing works around the world. When you send an email using their services, your emails that you send come with an encryption key that only the recipient will be able to read your email.

To find out more information about ProtonMail, check out their website here. While their services do cost money, we believe it is extremely worth it if you are sending important or confidential emails regularly.

All of the names we listed today are great options, and are among the most popular around the world. If you are just starting out with email however, we recommend trying one of the free emailing services first before trying ProtonMail or Titan Email.