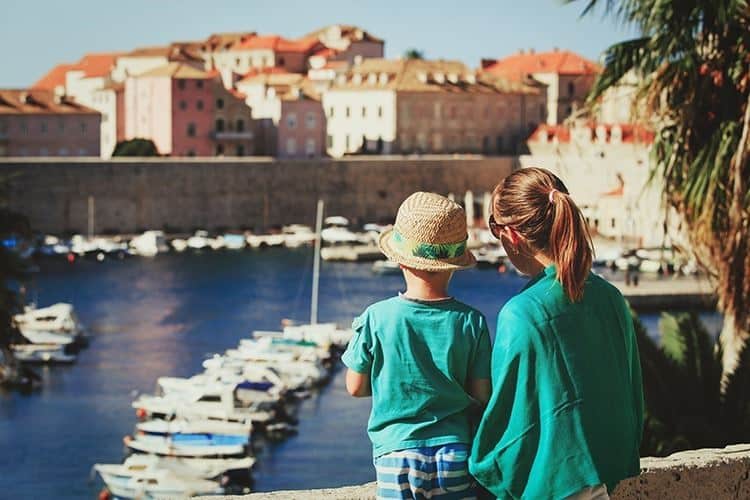 With its outstanding transportation and local services that serve to provide the best to the tourists, Europe is one of the most traveled places by people from both within and outside Europe. The exceptional beauty of the continent has managed to amass great interest of the masses that have led to the substantial growth of its tourism industry.

Now, merely its exquisiteness is not the primary factor for Europe’s popularity. With attractions and fun elements for children, the entire continent of Europe is a kids-friendly place.

Let us look at 10 European cities where youngsters can enjoy their hearts out.

The capital of the Canton of Zurich, Zurich is one of the most visited places in Europe. Home to several museums and art galleries, the city is the hub for flair in art and culture.

The largest city in Switzerland, Zurich, has no limit to the number of places children can visit. To name a few, kids can get an unforgettable experience within the optical illusions of the WOW museum, explore the enormous collection of animals in the Zurich Zoo or learn about evolution at the Kulturama. Additionally, they can relax at Lake Zurich, the Uetliberg Mountain, and Botanical Gardens.

Tip: You can rent a Zurich car service to visit these locations for a comfortable tour.

Located on the coast of northern Spain, Barcelona is the capital and largest city of the autonomous community of Catalonia. It is a primary financial, cultural, and economic center in Southwest Europe. Also, it is a leading biotech and transport hub in Spain and the Port of Barcelona, respectively.

The national capital and largest city of Austria, Vienna is the country’s economic, cultural and metropolitan hub. Ranked 1st globally for its culture of innovation, Vienna attracts over 6.8 million tourists yearly.

With its creativity and fun attractions, the city has multiple locations that kids would adore. With their family, children can climb up the St. Stephen’s Cathedral Tower to get an exquisite view of the city or see movies in the open-air cinemas organized in summer. They can relish the world’s oldest amusement park or visit the spectacular 300-year old Schönbrunn Palace that has a children’s museum inside it.

Located in Central Italy, the capital city of the Tuscany region, Florence, is a pinnacle of Italian fashion. It is famed for its Renaissance art, monuments, and architecture, exerting considerable influence in the domains of art, politics, and cultures.

Declared as a World Heritage Site by UNESCO, the Historic Center of Florence attracts millions of tourists. In the city, kids can dress up like the Medici family in the Palazzo Vecchio or take a tour at the Uffizi Gallery and Palazzo Pitti. They can also ride the Piazza della Repubblica’s Antique Carousel and enjoy a picnic in the Boboli Gardens.

Halkidiki, also known as Chalkidiki or Chalcidice, is a part of the region of Central Macedonia in Northern Greece. It is a peninsula and regional unit of Greece, serving as a popular summer tourist destination.

Halkidiki is primarily famous for its beaches with its associated activities like surfing, scuba diving, beach volleyball, and parasailing that children can also enjoy. Some of its renowned beaches include the Kalogria Beach, Kallitheas Beach, Kohi Beach, Pefkochori Beach, Orange Beach, Kalamitsi Beach, and Karydi. Other eminent attractions encompass Aristotle Park, Petralona Cave, Mount Athos, the village of Parthenonas, and the bustling town of Arnea.

Munich, the most populated city of Bavaria, is the third-largest city in Germany. The city is a global center of technology, art, innovation, publishing, science, business, education, and finance. It enjoys a high standard of living that extends to its tourism industry as well.

Munich is a wonderland for kids with its vividly colorful houses, fairy-take castles, and storybook villages. The number one attraction that fascinates kids is one of Europe’s colossal animated clocks of Glockenspiel in Marienplatz. Children can see the Crown Jewels at the Residenz Treasury, act like Royalty at Nymphenburg Palace, or enjoy the fascinating Hellabrunn Zoo.

A trip to Europe has to include London, the capital and largest city of England, and the United Kingdom. Housing four World Heritage Sites that comprise the Tower of London, the city is the epitome of historical culture that can captivate tourists of all ages.

Vacation in Europe without a visit to Paris is a wasted trip. Being the capital and most populous city of France, it is a focal center of fashion, commerce, science, arts, finance, gastronomy, and diplomacy in Europe.

The foremost attraction of Paris is the Eiffel Tower. Other kid-friendly places and attractions include the giant playground of Parc des Buttes-Chaumont, the zoo of The Ménagerie at the Jardin des Plantes, the scavenger hunt in the Musee d’Orsay art museum, the breath-taking view from Notre Dame, the Mona Lisa at the Louvre Museum, statues of Rodin Museum, and the Palace of Versailles.

Situated on a bay at the mouth of River Liffey, Dublin is the capital and largest city of Ireland. It is a historical and contemporary center for Irish culture, arts, administration, education, and industry.

The kids-friendly attractions of Dublin include the Phoenix Park, Ark Theatre, the architectural landmark of Viking Splash Tours, Imaginosity, Dublin Children’s Museum, National Concert Hall, and Dublinia Museum. There are several other places where children can have their dreams come true; their imaginations run wild. A few of them comprise the Chocolate Warehouse, National Botanical Garden, Grafton Street, Vaults Live, and The National Wax Museum Plus.

Amsterdam is the capital and most populated city of the Netherlands, found within North Holland’s province.  With rich art and culture accompanied by lively nightlife and festival activity, the city has set the legacy for attracting millions of tourists from all over the world every single year.

The main attractions for children in Amsterdam include the Nemo Museum, Artis Zoo, Blue Boat Pirate Cruise, Scheepvaartmuseum, Tony’s Chocolonely, and Amstel Park, among the numerous others. Additionally, kids can find enjoyment through the Tram that has historical significance associated with it, the splash pools, the cycling paths, and the UJ Klaren Playground.