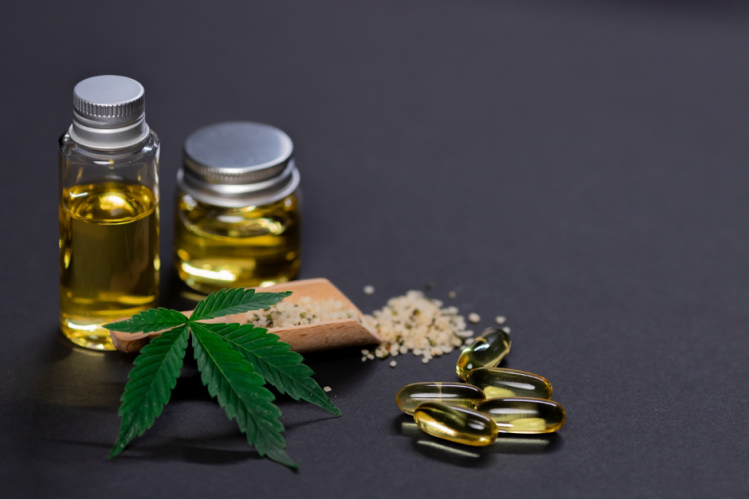 In this article, we run down 13 of the most shocking ways drugs have been smuggled into various countries.

There are many different types of drugs in the world which can vary in effect and strength. Drugs are usually classified into 3 categories based off their effect on people and their varying legal penalties if you get caught with them.

For instance, Class A drugs like cocaine hold the highest legal penalty and are consider the strongest. Whereas, Class B drugs like cannabis aren’t considered as potent as Class A and therefore don’t carry such a lengthy sentence if you get caught with them. Class C drugs tend to include prescription tranqualizers and steroids such as Diazepam and are considered the least lethal.

As the law cracks down harder and harder on the drugs flooding across borders, smugglers are becoming increasingly creative. Authorities have intercepted illegal substances being transported inside submarines, fruit shipments, secret compartments, doughnuts, and many more surprising methods. For 13 of the most shocking ways drugs have been smuggled into various countries, have a look at our list below…

1.  Disguised as Fruit and Veg

Coconuts, limes, bananas, carrots, watermelons, pneapples. If it can be cut open and stuffed with packets of drugs, smugglers appear to be attempting it.

Sometimes real produced fruit is being used like the 2,500 pounds of cannabis that was found stuffed into carrots in South Texas. But in other instances, smugglers have created fake watermelons in order to disguise a large shipment of drugs.

These methods are often discovered by a drug detector dog or x-ray machines.

2.  Secret Compartments in Cars and Other Vehicles

For years, smugglers have been using vehicles to transport illegal substances across borders. Because of this, it is highly likely that suspicious cars, vans, and lorries will be searched.

To reduce the chance of the drugs being found in a vehicle secret compartment are installed. They may be disguised as part of the engine, hidden within the wheel, or even in the fuel tank.

Some of these hiding compartments are so good that blow torches are needed just to access them.

3.  Hidden in the Smugglers Shoe

A popular method of smuggling appears to be in the hollowed out sole of a shoe. Illegal substances are essentially walked through airports and other forms of transport whilst hidden in the smuggler’s shoes.

Despite the small space, a huge number of drugs are smuggled in footwear, although many offenders are caught when they go through security.

Replicas of famous statues and decretive garden sculptures have been used to move drugs between countries. Unlike fruit and shoes, these statues are often built around the drugs and are smashed when the drugs need to be removed.

Because of this, it is believed that they are more protected. However, x-ray machines have been alerted to this type of smuggling before after noticing anomalies in the statues interior structure.

A different approach to smuggling relies heavily on the public’s opinion of nuns as people whose strong belief in a God would prevent them from doing anything illegal. The smugglers would dress as a nun’s and take advantage of the long habit to strap packs of drugs to their bodies. They would then attempt to catch a plane or cross borders in the hope that they would not be searched.

One of the most interesting methods of smuggling drugs is through tunnels. These tunnels are used to transport illegal substances from one country to another, with minimal risk of discovery. Some of these tunnels are large enough to fit train tracks and have electric lights.

In instances where tunnels have been found, for example in Mexico, border patrols have been known to fill them with cement to prevent more substance from being brought through. 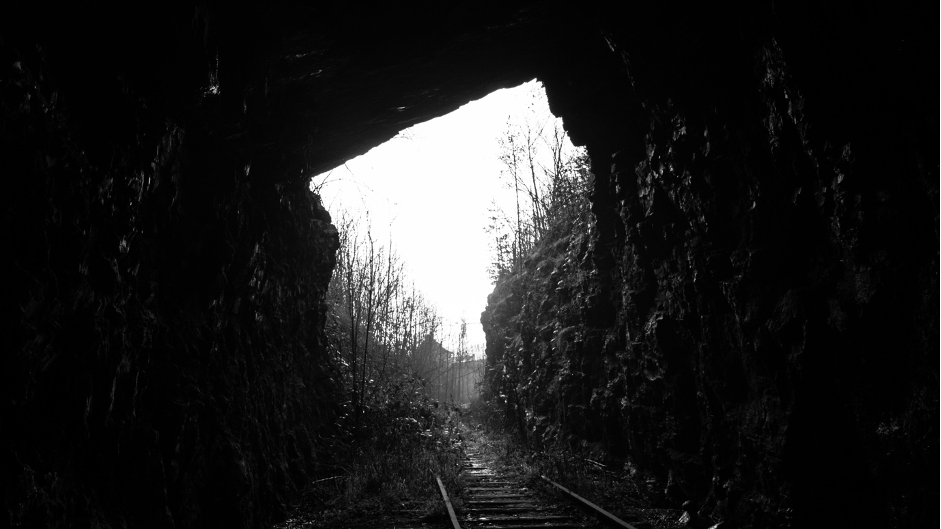 In a truly bizarre instance, some smugglers have attempted to use doughnuts to move cocaine across borders.

They obtained real doughnuts but instead of sprinkling them with powdered sugar, coated them in cocaine. One example of this took place on San Andres Island in Colombia where 2.2 pounds of cocaine was found on just 12 doughnuts.

8.  Inside Dead Fish and Frozen Sharks

Hoping to evade suspicion with large shipments of frozen fish or even sharks, smugglers have been known to fill the dead animal’s bellies with bags of narcotics. They believed that any inspectors would be put off by the overwhelming smell and not look to closely at the contents.

This terrifying method of smuggling requires the smugglers to assemble submarines on the coast in order to transport drugs through the ocean without being spotted by coast guards. It is suspected that hundreds of thousands of dollars are spent to make these homemade submarines, but it is considered worth it if even a few shipments manage to make it across the border.

In some strange instances, smugglers have used children’s games like puzzles to transport drugs across borders.

This unusual method of smuggling involves mixing pills like ecstasy in with the puzzle pieces. Although the rattle and unsuspecting nature of a puzzle may hide the drugs a simple check of the box, a dog with a good nose, or an x-ray machine is all it would take for the authorities to put the pieces together.

Drones are a lot more common now than they once were, so it seems logical that smugglers would have tried to use this technology to transport illegal substances across countries.

There is a limit on how much these drones can carry however, several have been found after they have crashed carrying kilos of meth.

The most unique method of drug smuggling we have come across is definitely the catapult. Although they are mainly used in Mexico, catapults have been utilised to throw large quantities of drugs over borders that are protected with walls and fences.

Large packets of drugs can be thrown up to 100 meters, and the smuggles would simply need to get someone to collect the package from the other side.

Drug mules are people who are paid or tricked into transporting drugs across an international border. This may be done by hiding drugs amongst clothing, in bags, or even by swallowing a balloon or condom with illegal substances wrapped inside.

In some of the more shocking cases, young women are convinced to get breast implants that contain liquid cocaine so that they can travel across the boarder undetected. 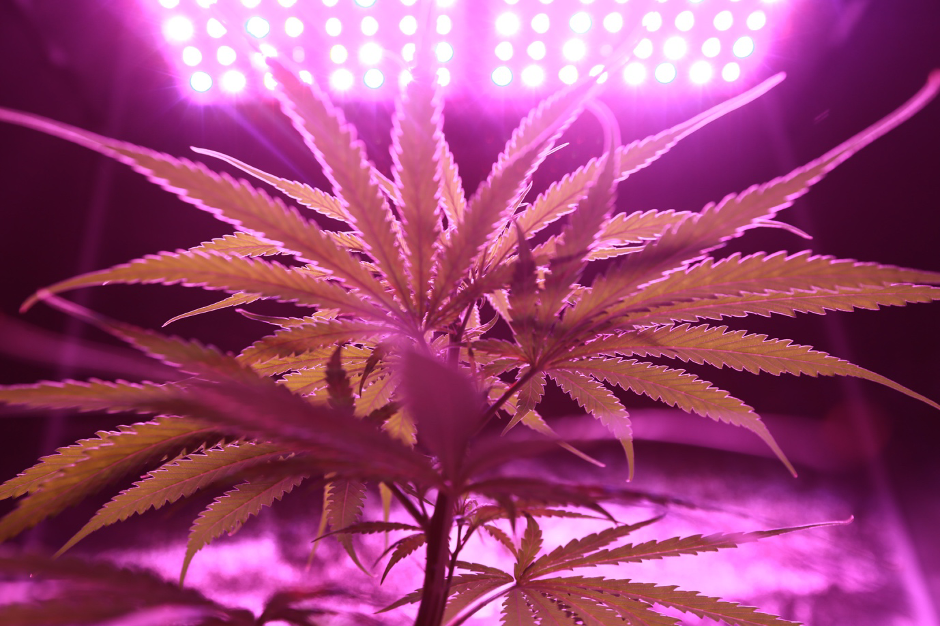 Which of these methods of drug smuggling did you find the most shocking?

As you can see, there are some pretty crazy ways people attempt to smuggle drugs into countries. Illegal drugs can have serious consequence for those taking them. From brain damage, seizures, and strokes, to breaking down relationships with loved ones and causing financial strain due to the addictive nature of these substances.

If you, or someone that you know, are having drug related problems please seek professional help from a GP, therapist, or a charity. Call the Frank drugs helpline on 0300 123 6600 for more information on who you can contact.

Please be advised that this article is for general informational purposes only and should not be used as a substitute for advice from a GP or lawyer. Be sure to consult a professional if you need advice regarding drug use or smuggling. We are not liable for
risks or issues associated with using or acting upon the information on this site.