3 Different Alcoholic Drinks and Their Pros and Cons 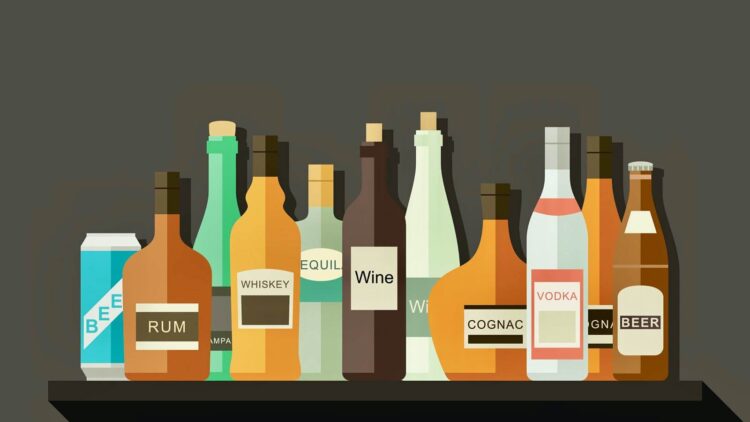 People think about different things when they envision being a grownup. Some of them imagine holding down a job and paying their taxes. However, others envision adulthood’s more glamorous aspects.

They might think about how they can stay up as late as they want. They can go to Vegas and gamble, or they can rent a sports car and go flying down the highway in it. It’s more than likely this vision will involve alcohol as well.

You can’t drink legally till you’re twenty-one, so many young people think about that milestone as being one of the critical ones on the way to adulthood. They might never feel more grownup than when they walk into a bar and legally order an alcoholic beverage for the first time.

When you’re an adult, though, you might find that the different drinks you can order come with different societal expectations. We’ll go over three drinks right now so you can see what we mean.

Before we talk about the different drinks, we should mention that you’re always better off avoiding driving if you have consumed alcohol. In many states, 0.08% is the legal limit, beyond which you cannot drive.

If you consume any alcohol at all, though, you shouldn’t get behind the wheel. Call an Uber or Lyft, or have a sober friend drive you home. Responsibility is part of being an adult as well.

Many people think about beer like it’s the official blue-collar drink. It has that reputation because it generally does not cost very much.

When you consider beer, the vision that might come into your mind is the construction worker who gets home in the evening and has a cold brew while watching the ballgame. It’s what you drink in a sports bar or what you chug down in college while playing beer pong in a filthy basement.

These are negative connotations, but if you’re an adult now and beer is your drink, you should know that there are dozens of high-end craft beers as well. Many of them are small-batch, come from tiny breweries, and have the higher price tag to prove it.

On the negative side of things, beer can be quite filling. You can drink a couple of them and feel bloated. If you want to lose some pounds and inches, you can go with a lite beer or try a different beverage altogether.

Wine seems like a more upscale alcoholic drink. You can get a relatively inexpensive bottle or an extremely pricey one.

Still, when most people think of wine, they imagine an individual in an expensive restaurant ordering a glass to have with their pasta. It’s a white-collar drink.

Wine does not always deserve this reputation. Some alcoholics prefer it, though they’ll get themselves the ever-popular box of wine that allows you to enjoy quantity over quality.

In general, wine still enjoys a classier reputation. It has lots of calories as well, so from a health standpoint, you won’t do much better consuming it than you would with beer.

There are all types of different liquor, from a bottom-shelf rum to a multiple thousand-dollar scotch. Liquor is a more serious drink than beer or wine. It has a higher alcohol content, so if you knock back a few of them, you might find yourself with a hangover the next day if you don’t know your limit.

On the other hand, if you like alcohol’s intoxicating feeling, but you don’t like beer’s taste, you can get yourself a mixed drink that lets it go down easy. If you get something like a Zombie, a Hurricane, or a rum and Coke, you can barely taste the alcohol if the bartender mixed it right.

If you’re drinking because you want to become intoxicated, you also typically don’t need to drink as many mixed drinks as you would glasses of beer or wine. That means you consume fewer calories, so you might choose liquor if you’re trying to keep a trim figure and avoid the dreaded beer belly.

The reality is that your beverage of choice can say a great deal about you. People will look at you differently if you go into a bar and order a Sex on the Beach versus an aged whiskey.

It’s best not to let anyone’s opinion of you change your preference, though. If you find a drink you like, enjoy it, and don’t worry about what anyone thinks about you.