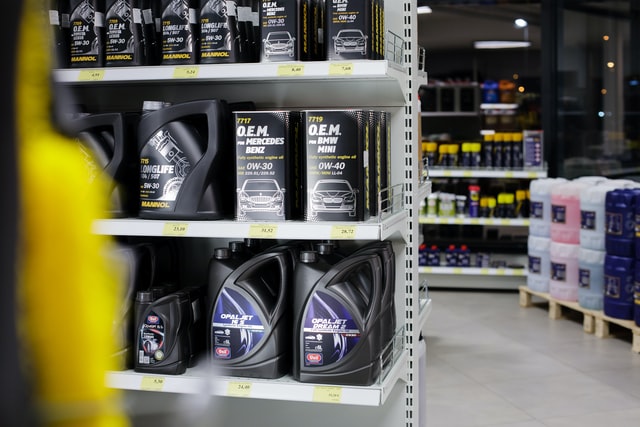 The US Dollar has been weakening against other major currencies such as the Euro and Pound Sterling in recent years. This has not only led to a rise in oil prices but also an increase in demand for lubricants from customers. As well as being one of the lubricants key raw materials, petroleum imports have a significant effect on the price of oil. Therefore increasing demand for lubricants would increase the cost of all other inputs, thus posing a more significant threat to businesses. In addition, the weakened value of the US Dollar makes it more difficult to compete against other international manufacturers. As a result, lubricants supply chains become more complex, and an increased risk of increased costs for both producers and consumers can be expected.

When it comes to the demand side, the COVID-19  outbreak has led to a slowdown in production and mobility worldwide, leading to a substantial drop in global demand for lubricants. In fact, according to the International Energy Agency (IEA)  estimated that there has been a drop of 30% compared to the previous years. This has made producers to scramble for facilities to store surplus crude oil. However, on the supply side, some members like OPEC (Organization of petroleum exporting countries and the Russian Federation)failed to extend their agreement to cut production, resulting in some producers, including Saudi Arabia and Russia, briefly flooding the market.

As a result of the above factors, there has also been a significant shift to alternative energy sources such as solar and wind power, which has led to a decline in the demand for petroleum as a source of energy and an overall decline in demand for lubricants. More specifically, the net use of petroleum for transportation has declined every year since 2007. In addition to this, the number of electric vehicles (EVs) is also expected to increase significantly over the next few years. Therefore, lubricants producers and distributors need to be aware of a shift from fossil fuels towards alternative energy sources. This is also one of the key reasons why oil prices are expected to remain high in the future.

Due to the instability in Libya and Yemen, the flow of oil has been disrupted, affecting global demand for lubricants. This increased likelihood of disruptions will make it more difficult for customers to secure their needs, which is leading to a shortage in supply. In fact, a number of logistical problems in the oil industry have led to a decline in the transportation of crude oil, which ultimately has a direct effect on lubricants’ supply and demand. In addition, there have been reports that the shortage has led to a significant increase in diesel prices, which may negatively impact lubricants manufacturers and distributors.

Another factor that’s affecting the overall size of the lubricants market is the decrease in inventories. As a reduction in oil production continues, the inventory at refineries, which is usually about 1.5 billion barrels, has continued to decrease. This has led to a shortage of supply that could affect demand in the future. The low level of inventories has also led to a significant increase in oil prices, which will lead to higher lubricants costs. In addition, there are currently no signs that supply is expected to rise again, leading us to believe that there will be more volatility in the future market.

The factors discussed above contribute to an unstable lubricants industry, and there is no certainty regarding what the future may hold for lubricants manufacturers, distributors or users. Therefore it’s important for lubricants manufacturers and distributors to be aware of these changes and act accordingly. However, it’s also important for users to understand that the volatility in the lubricants market will impact their businesses, and they should be aware of the implications that these fluctuations can have on their own business.