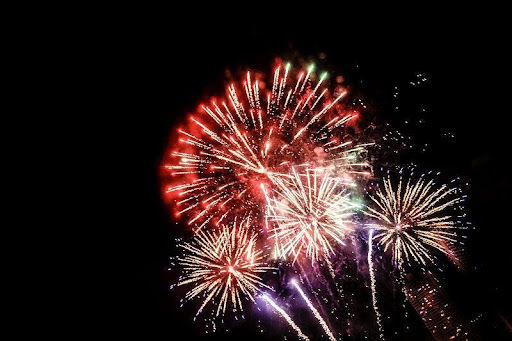 Looking for an exciting new type of firework for your next celebration? Roman candles might be a fun alternative to some of those standard fireworks you’ve been shooting off in the backyard for the last few years. They can be fun to shoot off, they make some fantastic patterns, the noises they make are just fun, and there’s some real variety when it comes to the types available on the market. If you’re looking to bring some fun to your next barbecue or party, you may want to check out Roman candles. A few safety tips are prudent here. Roman candles are fun, but like any firework can pose potential dangers. Always use them in an open area and remember to keep a fire extinguisher and water handy, use safety equipment (gloves and goggles are great), and never hold one directly in your hand. Here are a few other interesting, unique things about Roman candles

From a physics standpoint, Roman candles are pretty interesting. They’re essentially a tube filled with black powder. Atop the black powder is a series of stars or shells that shoot forth from the tube when a gas build-up from the black powder creates enough energy to launch them. To do this, the tubing needs a fuse. When somebody lights the fuse, the flame travels through it, eventually igniting the black power. That reaction ends up causing the chemical reaction responsible for launching the shells. The shells launch into the air, sometimes higher than 30 feet. The launch is usually accompanied by a whistling or cracking sound and it may be designed to explode into vibrantly colored sparks when it reaches its apex.

They Have Different Types of Effects

Most of the Roman candles that you are probably aware of have shells or stars within the tube that shoot out when the firework is lit. But there are plenty of other neat effects a Roman candle can make. Some might shoot alternating colors to create a fun pattern in the sky. Others might have shells that resemble comets or asteroids as they sail through the air. For those who enjoy a little bit of audio with each boom, there are shells that offer such an experience. Other effect types one might find in the different types of Roman candles are:

With such a variety of effects and colors, Roman candles end up being versatile and fun fireworks, especially when handled properly.

You Can Buy Them Online

The internet is a great place to buy everything from furniture to groceries. But did you know you can also buy fireworks online, often in bulk? And it isn’t merely limited to certain types of fireworks. You can get aerials, sparklers, novelties (like those cool little snake fireworks), snappers, and, of course, roman candles from a reputable online source. Most online fireworks stores also have physical locations where you can pick up online orders if you’re fortunate enough to reside in the same state. But where online fireworks sales truly shine is in their ability to ship to most states in the U.S. of course, there are a few states where companies are unable to ship their fireworks due to various fireworks restrictions. But buying online still offers various perks such as potential bulk discounts, lower overall prices, quite a bit more variety, buyer rewards, and much more.

There’s A Long History Behind Them

While we use them today at our various backyard celebrations, parties, and holidays, Roman candles actually have a weird history, rooted in Ancient times. According to the Oxford English dictionary, the name may refer to “the transmission of the firework technique from China to Europe via the Eastern Roman (Byzantine) Empire.” Over time, many different types of fireworks made their way across different parts of Europe and Asia after they were invented, so this makes quite a bit of sense in terms of the historical origin of the name. There are other possible origins as well, but this is likely the most plausible.

They’re Illegal In A Handful of States

Nothing in this world is perfect, and unfortunately Roman candles are illegal in certain states. Several states do not allow them to be purchased or used at all, as they are classified as aerial fireworks. These are typically states that bar any sort of aerial fireworks, anyway, but a few make specific mention of prohibiting the sale and use of Roman candles. Other states may place restrictions on the size of the candles you can use. Check your state’s laws to see what applies to where (New York, Minnesota, Delaware, and Massachusetts among others). Also make sure they’re legal in your county as well prior to using them. The last thing you want is a ticket or fine to spoil an otherwise amazing celebration.