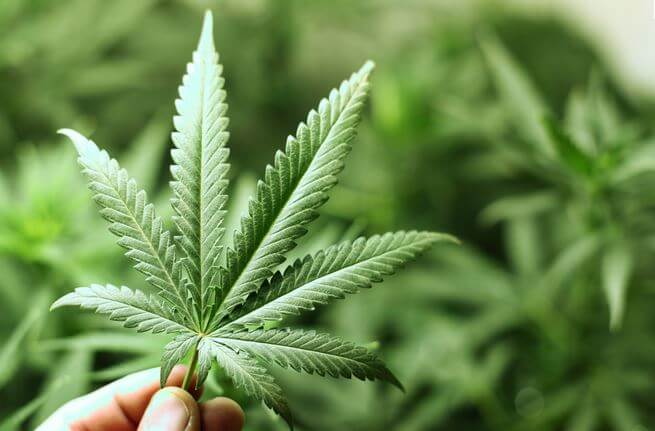 CBD is an acronym for Cannabidiol and is responsible for almost all of the positive attributes of cannabis or marijuana.

Through years of study, science has found that cannabis holds compounds called CBD and THC (Tetrahydrocannabinol). It’s the THC that makes the plant additive and intoxicating, but once we remove this compound we are left with the helpful and harmless CBD.

As more and more states are understanding the benefits of CBD, special products are being created to help consume the uplifting effects. Drinking companies, like Bimble, use CBD to create relaxing drinks that help you focus.

To help you understand CBD we have broken down 5 facts and examples which are based on science.

In our current world of constant information, many people become overwhelmed with stress and anxiety. These feelings are meant to help us complete tasks and stay alert for danger, but when we feel these emotions constantly, we end up in an persistent state of fear.

A 2013 study titled “Cannabinoids and traumatic stress modulation of contextual fear extinction and GR expression in the amygdala-hippocampal-prefrontal circuit”, published in Psychoneuroendocrinology, found that CBD can minimize the stress response in the hippocampus.

This means that the compound can reduce the number of signals in our brain telling us that danger is near. With fewer stress receptors, the best CBD strains for anxiety can reduce symptoms and help us overcome negative emotions.

Asthma is caused by swelling in a person’s breathing tubes. These tubes are sensitive so when they notice any unusual activity, they will narrow instinctively to avoid drowning.

The swelling can accrue for any number of reasons from an allergic reaction to anxiety. Either way, the tubes will become inflamed causing restriction to breathe.

CBD has a natural anti-inflammatory effect, which can be easily harnessed through oils. In the 2012 study titled “The role of cannabinoids in inflammatory modulation of allergic respiratory disorders, inflammatory pain and ischemic stroke”, published in Curr Drug Targets, the researchers found that CBD was able to empower the inflammatory response system in the patient’s body.

This meant the body could complete its “cool down” process faster, reducing the amount of time attributed to the asthma attack.

As we now know, CBD can reduce inflammation, but it also can provide antioxidants. Antioxidants are a substance that protects your body against free radicals or molecules which can damage your cells.

With these two effects combined, CBD can allow your veins to expand and still remain protected, thereby reducing the risk of high blood pressure.

A study conducted in 2014 called “Cyclooxygenase metabolism mediates vasorelaxation to 2-arachidonoylglycerol (2-AG) in human mesenteric arteries”, published in Pharmacol Research, showed that cannabis oil relaxes the body. It can prevent some cardiovascular diseases such as heart attacks or strokes caused by high blood pressure.

From all of the relaxing effects we have already noted, it shouldn’t be a surprise to learn that CBD can prevent seizures. It does this by increasing the number of inhibitors in the brain to react. With less information being received, fewer seizures are being created as a by-product.

In the 2013 study called “Report of a parent survey of cannabidiol-enriched cannabis use in pediatric treatment-resistant epilepsy”, published in Epilepsy & Behavior, researchers were able to show substantially reduced convulsions in patients with Lennox-Gastaut syndrome and Dravet syndrome.

Again, as CBD can increase the inhibitors in your brain, this stops your body from being able to register pain. Of course, pain is important as it tells us when something is wrong, but for those in chronic pain or going through tough treatment (such as cancer patients), pain relief is needed.

A lot of cancer patients go through mood swings due to their medication. Going back to CBA’s effects against anxiety, using CBA as a medical treatment can help reduce stress, pain, and the spread of cancer.

Cannabis has had a bad reputation for a very long time, but now that science can separate CBD from THC, we can utilize the best parts of the plant.