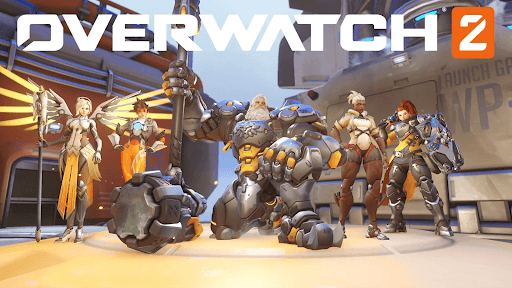 People have had time to master the original game, and because some people played the sequel before it was officially released, there are professionals already fighting against the new heroes. If you’re just beginning, there are a few things you should know to master the game and win more games. There are a lot of new players playing Overwatch 2 and Twitch is going crazy on overwatch 2 channel.

Change hero mid game if your team needs it

Both games make it simple to switch heroes at any time. While talent can carry you to victory, the composition of your team will have a significant impact. The hero shooter genre is centered on who chooses which character, which can be a disadvantage if they don’t complement each other. It may appear to be a risky move that could backfire, but don’t be afraid if you or another member of your squad has to make a change.

Examine who is on the opposing squad. You might need to switch to a hero who can counter an enemy hero. D.Va, for example, can deflect bullets, but her Defense Matrix cannot deflect a beam like Zarya or Moira’s sucking power.

Another consideration is to switch heroes depending on who is on your team. Choose people who will work well together to help them. Mercy works effectively as a healer for Reinhardt or Pharah, while another healer, such as Moira, can take care of everyone else.

You may have a good ability for the role you’re playing, but it won’t be much use if you don’t apply it correctly. Everyone has different scenarios that allow them to make a powerful move that can help teammates or crush opponents. When it comes to basic attacks, you should experiment with heroes to see how you can use their abilities tactically for quick eliminations.

You can, for example, use Reinhardt’s new ability to halt his charge. Reinhardt used to have to slam into a wall or allow his blast charge to run out before coming to a halt, but now he can stop it manually. People used to fly adversaries over the map, but now you can stay alive while taking someone off the edge and stopping to avoid sacrificing yourself.

This is also true for ultimates, since it’s sometimes better to pick the right time to use your best skill instead of using it as quickly as possible. You can use D.Va’s Self-Destruct or Reaper’s Death Blossom to acquire kills, or you can wait for Reinhardt to knock everyone down and blow them up.

Make sure to main at least one hero per role

Tank, support, and damage/dps are common archetypes in numerous games. Both Overwatch games make it simple to read all of their heroes by categorizing them. There are several reasons to master multiple characters, such as someone taking your main or the balance is off between your side and the enemy’s; you may need to choose someone you don’t normally play.

Whatever style you choose, you should make time to test out different characters versus AI or other players. A very talented Overwatch player can be adaptable in terms of who they play as well. If you have two or three possibilities in each area, you won’t hit a wall of not having someone to play with, you won’t get bored of playing the same hero every match, and you may assist your team when needed.

So it’s always important to know how to play more than 1 or 2 heroes. It will be useful for you to have different options to play during the game in case one is not working or your team needs something different to win the game.

Communicate with your team, use pings

Skill and the heroes you choose are important, but the most important thing you can do to win is talk to your team. You can communicate with others via the mic, typing, rapid chat, and the new ping system, which you may be familiar with if you play games like CS GO or Apex Legends.

Everyone’s circumstances are unique, since you may not have a microphone or be unable to text on the console. You can ping friends or locations to communicate effectively and fast. It makes sense in the context and lets the squad know what you are saying because your character will tell them. If you ping Tracer, she will inform everyone that she has seen a Winston.

Use game boosts to your advantage

While heroes who have been around since the original game receive significant changes in Overwatch 2, there are broad alterations that touch everyone. Some of these will briefly increase your speed and ultimate power bar, and pro players will keep these in mind when playing and making quick decisions.

When you get an elimination, you earn a 25% increase in movement and reloading. Keep in mind that this does not stack, so if you used your ultimate as Reaper and annihilated an entire squad, you would not become the Flash. It refreshes with eliminations, which is useful if you need to relocate or reload.

As you deal damage, your ultimate power develops. That was the norm, but a recent adjustment grants some if you switch heroes. After switching, you will receive up to 30% more.

It is essential to play with someone more skilled than you; if you duo with someone who is playing to win, can carry games, and assists you in carrying games, the games will be much easier to carry, and your chances of winning will be much higher.

An extra push on your overwatch 2 placements, for example, starting your ranked journey with a good pair booster is a good way to start your ranked journey. The booster will always play to win and will also give you tips on how to win games. For more information about duo and solo boost, visit owboost.com

Boosting services are a good option for anyone trying to improve at the game and will get you to that next level you’re looking for.