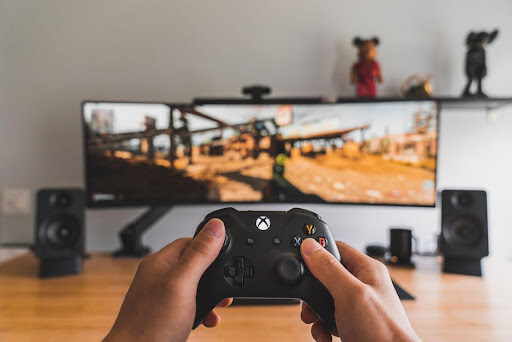 Games are a way to escape reality for most people, but that doesn’t mean that reality can’t become a fantastic inspiration. Thanks to its rich history and eye-catching landmarks, the city of London serves as the canvas for several games.

Being the seat of the British Empire, there’s a lot of material to work with here. But more than that, the city has always had a vibrant and unique vibe. That vibrancy is ever mercurial thanks to influences from a multitude of cultures. So, whether the London of today or the past, there’s always something to serve as creative inspiration in games.

Let’s celebrate the city and its influences by looking at its role in major gaming titles released in the past decade. These cheeky games are all set in London at one point or another but are all different in their way, and we promise a bloody brilliant time! However, don’t forget that you’re still vulnerable to various risks on the internet. Before you start playing, make sure to use an antivirus and a VPN for Xbox, which will help you prevent DDOS attacks, encrypt your data, improve ping and reduce lag.

Set in an alternate dystopian version of modern-day London, technology, and anarchy are part and parcel of this game. As the third iteration in the Watch Dogs franchise, Legion takes things a step further by allowing players to recruit and control any NPC in the game. The goal is to help hacker group DedSec liberate London’s citizens from the control of a surveillance state.

With the number of zombie fests out there, it’s easy to fall by the wayside. But Zombi manages to stand out thanks to fantastic NPC characters and exciting gameplay with some legitimate scares.

One of the things that set this game apart is that character death matters. When the player’s character dies, it gets added to the zombie horde – and all collected supplies are lost. So, dying means starting over again unless the player has stashed some goods away.

Assassin’s Creed games can differ from one to the other – especially these last few iterations in the franchise. Because of that, you get a lot of different opinions about every game. However, there are a few that are loved universally. Assassin’s Creed: Syndicate is one of those titles.

Set in 1868 during the Industrial Revolution, Syndicate puts players into the shoes of Jacob Frye, a gangster fighting against the oppression of the working class. The gameplay is fairly parred for the course for Assassin’s Creed games, with some fun new mechanics sprinkled in.

While Dishonored is set in a fictional 19th-century city called Dunwall, it is mainly based on Victorian London. The game was intended to be set in London circa 1666, but the developers decided to go with a fictional world based on the British Empire.

Despite being a bit dated (having released back in 2012), Dishonored still captures the hearts of many today. Thanks to its fresh and impressive mechanics based on stealth combat and magical abilities, Dishonored and its sequel remains one of the best action-adventure games in the business.

The player assumes the role of Corvo Attano, bodyguard to the Empress of the Isles. He is framed for her murder and sets out to avenge that wrong in secrecy. Player freedom takes a front seat by giving players the option to use either stealth, combat, or a combination thereof. These choices affect the story and shape the game.

There are few things as iconic as the Victorian vampire, and Vampyr delivers in oodles. Taking place in 1918, it develops through different historical events, including the Great War and Spanish flu. The main protagonist, doctor Jonathan Reid, wakes up a newly turned vampire – and things pretty much go downhill from there.

Vampyr is a solid choice for anyone looking for an intriguing fantasy horror storyline set among iconic London locations.

London is a popular setting throughout the franchise, with the city appearing in Black Ops II, Modern Warfare 3, WWII, and Advanced Warfare. But the most recognizable London appearance is probably from Modern Warfare, where multiple locations in the city appear in the single-player and multiplayer campaigns. The most notable mission takes place at Piccadilly Circus.

Call of Duty doesn’t need an introduction, as this is one of the best-selling first-person shooter franchises of all time. Modern Warfare offers both: a compelling single-player campaign as well as an intense multiplayer offering.