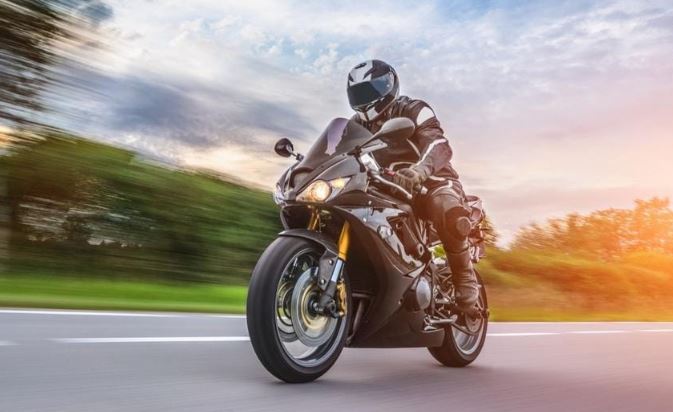 Every state has its own roadway laws, and this includes laws for people on motorcycles. If you’re going to ride a motorcycle in California, it’s important to follow all the laws and also to be generally safe on the roadways.

Safety is critical, especially considering that 80% of motorcycle accidents end in serious injuries or death, according to the National Highway Traffic Safety Administration.

Of the deaths and injuries, many involve a brain injury or head trauma.

While no one can completely avoid the potential for a roadway accident to occur, again, there are safety standards that can at least reduce the risk or help minimize your injuries if you are in an accident.

The following are safety tips and laws specific to the state of California.

All riders and passengers are required in California to wear a U.S. DOT-compliant motorcycle helmet when they ride a motorcycle, motorized bicycle, or motor-driven cycle. The motorcycle safety helmet needs to be certified by a manufacturer indicating it complies with U.S. DOT Federal Motor Safety Standard 218.

Before 1966, no states in the country had enacted laws for motorcycle helmet use, but by 1967, The Highway Safety Act was expanded. With the expansion of this legislation, all states had to adopt universal helmet use laws.

Under the legislation, any state not complying would lose federal funding for highway construction. Every state had complied by 1967 except California, Utah, and Illinois. The Secretary of Transportation could penalize the states, but Congress did away with the requirement altogether.

In 1992, California finally enacted its own law for motorcyclists to wear helmets universally. At the time the state enacted that, it was home to more than 10% of the motorcycle riders in the country.

According to the U.S. DOT, a helmet must have a thick inner liner that’s at least an inch, and it has to be constructed of a certain type of foam. The helmet needs a riveted chin strap that attaches to the shell, and helmets are required to weigh at least three pounds. No design elements of the helmet can produce more than 2/10ths of an inch from the helmet’s shell.

2. Getting a Motorcycle License

California law requires a permit holder for a motorcycle to be at least 15 ½ years old. Motorcycle license holders need to be at least 16 when they apply for their license. Applicants under the age of 21 are required to have a learner’s permit for at least six months.

All license applicants in California, no matter their age, are required to take the California Motorcyclist Safety Program course. They also have to pass a vision test and written exam, present a valid ID or driver’s license, and provide a thumbprint.

Before getting a license, everyone in California with a motorcycle permit has to pass a skills exam, which is typically conducted on a closed course in the parking lot of the DMV.

All passengers are required to wear a helmet.

All motorcycles have to be equipped with both right and left mirrors. Handlebars can’t be installed in a way that puts a driver’s hands more than six inches above shoulder height when on the seat. A motorcycle has to have working turn signals, both front, and rear.

For motorcycles and exhaust systems that have been manufactured since 2013, the exhaust system has to comply with the Motorcycle Anti-Tampering Act.

To be street legal, a motorcycle is required to have a muffler.

If the motorcycle has a passenger, again, there has to be a separate footrest for them.

Lane splitting refers to a situation where a motorcyclist is moving in between the lanes of stopped or slowed traffic. You’ll also hear it referred to as riding the white line. Lane sharing is when two motorcyclists ride side-by-side in the same traffic lane.

In California, it’s legal to lane split as long as the traffic the motorcycle is moving through is going well below the speed limit because of congestion or if the traffic is stopped.

It’s illegal to block motorcycles from lane splitting when traffic is slowed or stopped in the state. It’s, on the other hand, illegal for someone on a motorcycle to use the road’s shoulder for lane splitting.

Lane sharing is legal in California too.

Currently, California is the only state in the country where it’s legal to lane split.

California is one of the 18 states in the country with a universal helmet law, but the state doesn’t require riders wear protective eyewear. Most certified helmets do have a face shield, though. If you have a helmet that doesn’t already have face and eye protection, it’s highly advised that you wear something to protect you.

The state recommends riders be mindful of their apparel in terms of safety, but there aren’t specific laws.

You should wear a long-sleeve shirt or snug-fitting jacket with elements that are highly visible, like bright colors or reflective components. Denim is strongly encouraged, as are long pants. You should wear closed-toe shoes that go over your ankle and leather gloves.

Finally, wearing ear protection can also be helpful because it reduces the likelihood of hearing loss caused by environmental factors or wind. At the same time, state law does prohibit wearing earplugs, a headset, or earphones in both ears, so keep that in mind.