A Helpful Guide on the Difference Between Bitcoin and Ethereum 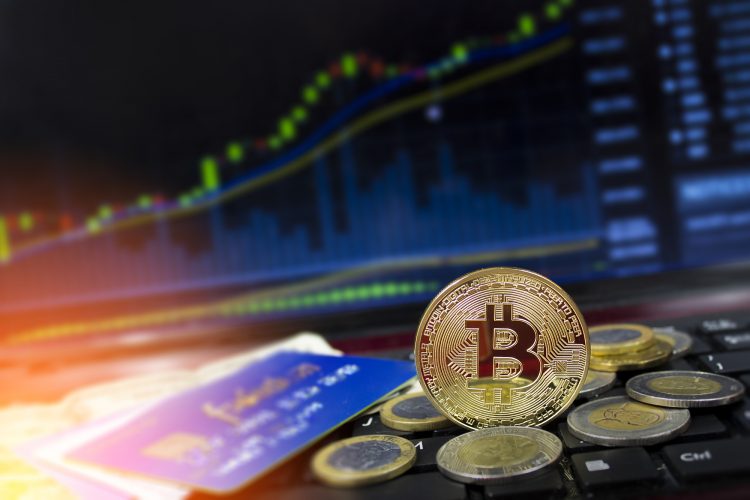 Financial concept with bitcoin currency on computer laptop and other currencies and credit cards on keyboard. Copy space.

We have put together this guide to share more about Ethereum and Bitcoin technology. Read on to learn more about these 2 types of cryptocurrencies, so you can make wise crypto investments.

When you buy Bitcoin, you have the option to buy a whole coin, or you can buy just a piece of a Bitcoin. So you can invest what your heart desires, $1 or more. Think of buying Bitcoin like buying a stock, where the value of the coin is determined by the supply and demand of the entire market.

This means that the price will rise and fall on a daily basis, whenever the demand changes. This is very similar to stocks.

The reason Bitcoin became so popular is that people are hoping that someday, Bitcoin is going to be traded and used like any other cash-based currency around the world, but without a middle man (like the banks).

How Does Bitcoin Work?

Every single Bitcoin transaction is recorded in a public ledger, which is made from “blocks.” These blocks can never be written over or deleted from the chain, so this makes it difficult for hackers to do any funny business and manipulate the ledger with fraudulent transactions. Where these blocks of data are found is called the blockchain.

When someone is making a transaction (buying or selling) Bitcoin, a powerful mathematical equation takes place to check the validity of the numbers in the public ledger. This is what prevents fraud from happening.

The equations themselves are run by miners, because Bitcoin is decentralized. This means that there are no Bitcoin servers or third-party servers that run the equations. Miners are regular people that dedicate their computer hardware to help solve the equations, and they are compensated in Bitcoin for their work.

To put it into perspective, thousands of miners compete to try to solve the Bitcoin equation first because only the hardware that solves the equation first is rewarded with Bitcoin.

Ethereum came a few years after Bitcoin, in 2015. The reason Ethereum was created was to allow software developers to use blockchain technology to design applications that were decentralized.

If Ether didn’t exist, then the miners wouldn’t have an incentive to validate any blocks on the Ethereum blockchain.

How Does Ethereum Work?

You buy and sell Ether the same way you can buy and sell Bitcoin. There is the option to buy a whole coin or a piece of it. As of the writing of this post, Ethereum is around $1,600.

Before, Ethereum used the “Proof of Work” system in order to run the blockchain but at the end of 2020, they switched to a “Proof of Stake” system.

So, how are these two crypto coins different? There are quite a few major differences that will help you understand which is the right cryptocurrency to use for your needs.

Although, both currencies offer high-levels of security, Bitcoin is considered the more secure coin of the two. The reason is that the entire Bitcoin network depends on blockchain technology where in Ethereum it varies based on the software it is being used for.

Ethereum’s code has the ability to execute commands that are issued by a software program, making it more versatile. Whereas, Bitcoin’s code is for making records of transactions.

Another major difference is the intention behind each coin. Bitcoin was intended to be used as a currency. Ethereum, on the other hand, is mainly a platform used to develop software on the blockchain.

Both coins are in high demand, so both of the cryptocurrencies prices fluctuate. Bitcoin tends to be a bit more risky than Ethereum because it is always in high demand and more people are accepting it as a form of payment.

The higher demand for Bitcoin, keeps its price changing every second of the day.

The main appeal of Ethereum is its potential applications that can be created and used for network security and for businesses. For Bitcoin, the main appeal is that anyone can transfer money anonymously without any interference from a central banking authority.

The Future of Both Coins

Taking into consideration the future of each coin, is another way to determine which coin you should invest in, if you don’t want to invest in both. The coin that will more than likely see more change in the future is Ethereum. As we mentioned earlier, in 2020, Ethereum switched to a “Proof of Stake” model.

This eliminated the mining method that was traditionally used for the coin. With Proof of Stake, miners do not have to compete in order to solve a complex equation. Instead, there are people that contribute to a Proof of Stake system, and they receive a transaction fee.

These people are called forgers instead of miners. The forger, first, has to place a minimum amount of coins in a certain wallet. This freezes the coins and the person that gets rewarded is randomly chosen by the Proof of Stake system instead of rewarding the fastest hardware.

The forgers that are not chosen do not lose the coins they froze, instead they receive their coins back. It is believed that in the future, Ethereum is more likely to integrate into the financial services industry and into the Internet of Things.

Bitcoin, on the other hand, is more dependent on it being accepted as a currency all around the world. Its value has to eventually remain stable in order to be trusted by more people. Right now, with the prices fluctuating so much, it makes it difficult to be accepted because people don’t want to lose money.

Another reason that it is difficult to see Bitcoin becoming worldwide accepted in the near future is its lack of backing. For example, many currencies are backed by commodities, such as silver or gold. Currencies like fiat that are not backed by commodities still have intrinsic value that is maintained by the government such as the Federal Reserve.

Both Bitcoin and Ethereum do not have any intrinsic value because there is no central authority that stabilizes the prices. The entire reason they were created was to have it completely decentralized from any authoritative governments and for the people in essence to run it and control it. When you think about it, Bitcoin and Ethereum are really nothing more than lines of code in the world of cyberspace.

Keep in mind that although the prices are mainly driven by speculation and fans of the concept of cryptocurrency, it is slowly becoming more accepted by larger companies such as Microsoft, AT&T, KFC, Subway, Overstock, etc.

Also, there are more ATMs popping up around the world where people can quickly buy and sell certain cryptocurrencies such as Bitcoin, without the need of a bank account. Check out this link to see where the closest ATM is in your area.

Now You Know the Difference Between Bitcoin and Ethereum

As you can see, there is a difference between Bitcoin and Ethereum. Although they are both cryptocurrencies, they are two very different coins.

Hopefully, you are now feeling better informed about investing your hard-earned money.

Did our article help you out today? Please continue browsing our finance section to catch our latest reads.