Aerodynamics: How Does an Aircraft Fly? 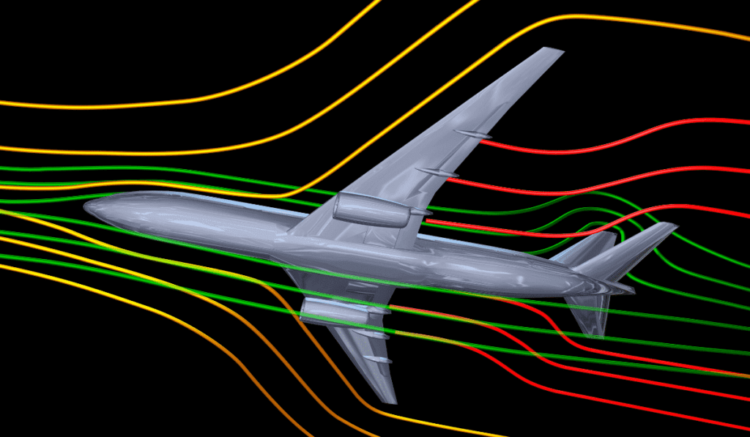 Conquering the skies has been one of humanity’s greatest achievements in the last century. Technological innovations in the field have greatly improved in the previous few decades. You might be wondering how an aircraft works or maybe even how to fly one. However, there is more to a plane than just the machine itself.

Unsurprisingly, details such as aircraft cooperation with the pilot come into play in this conversation. You might find that there are many careers tied to an aircraft’s operating ability. Today, you will learn about the science and different factors that comprise an aircraft’s flying capabilities.

A Historic Flight: The Origins of Aerodynamics

A scientist by the name of George Cayley identified the fundamental forces behind aerodynamics. The discovery would then be the key basis for flight: weight, drag, lift, and then finally, thrust and ascent. Sir George’s vision would eventually lead him to create the first glider with a wing and a tail.

You might already be thinking about how to become a pilot after learning its simplicity. However, there are many things to take note of before actually pursuing a flying career. For one thing, you need to understand the long and rich history of aerodynamics and airplanes. Thus, a proper introduction into the elaborate process of how pilots operate planes needs to be in order.

Modern airplanes use an exclusive system that each manufacturer licenses. In simple terms, planes have a universal flight science, but achieving this may differ for each model. Popular models of airline carriers usually have the latest flight technology.

Producing thrust comes from the kinetic energy an object receives when introduced to force. Typical airplanes use an engine that creates combustion necessary to produce thrust. The thrust that is greater than the drag exerted on an airplane’s surface amounts to forward motion.

Lift-off is what reciprocates the pull of gravity, and to achieve this, aircraft need dedicated airfoils. Many airplanes follow a conventional design for their airfoil or wing. Still, newer models tend to include unique technology each time. In scientific terms, the asymmetrical design allows for the implementation of Bernoulli’s Principle.

An increase in a fluid’s speed allows for a simultaneous decrease in static pressure. It’s incredible to think that studying fluids would eventually lead to the understanding of aerodynamics. Thus, modern technology is a result of the brilliant minds that started this journey.

Understanding aerodynamic theory means that you also need to learn the different parts that benefit from this principle. Therefore, a breakdown of the parts of an airplane will ensure a total grasp of the theories behind flight.

The Air Force Academy acceptance rate remains consistently low due to the difficulty of understanding these concepts and the apptitude requirements to learn them. Yet, you’ll find that pursuing a career as a pilot will train your mind to its real potential.

The word comes from the french derivative, fusele, which means “tapered,” which explains its elongated and tapered shape. The fuselage is where you’ll find the wings, engine, and central tail assembly. You will also find that the three sections of the fuselage contain the cabin, cockpit, and cargo hold.

Landing may be different from every type of aircraft, but the concept remains the same. The motor that pops out during landing is the undercarriage that supports the aircraft. Air to ground descent coordinates with the landing gear to ensure a smooth ferry to the terminal.

The most common set-up is where you’ll find a capable pilot and a partner controlling the engine. The careful control of the power an aircraft engine produces is where every pilot salary and career rides on. However, there are also computer-assisted flight controls, especially during high altitude cruising.

Jet propulsion systems are also quite varied, but like with every other component, the basic principle remains the same. The sheer number of scientific gains an aircraft possesses is surprising to most people. Nonetheless, a plane is maintained and evaluated at regular intervals to ensure the safety of every passenger.

Aerodynamics plays a massive role in keeping the comforts of human life while taking up a considerable part of the world economy. However, many are still ignorant of the science and people behind the services of flying. Therefore, I hope this article sheds new light on how you view the privilege of flight that our society has today.

It is expected that you have at least gained a basic understanding of flight science. Yet, researching further on this topic will definitely help you decide if you want a career in flying. In retrospect, these lessons will help you see aerodynamics as a vital part of our lives.