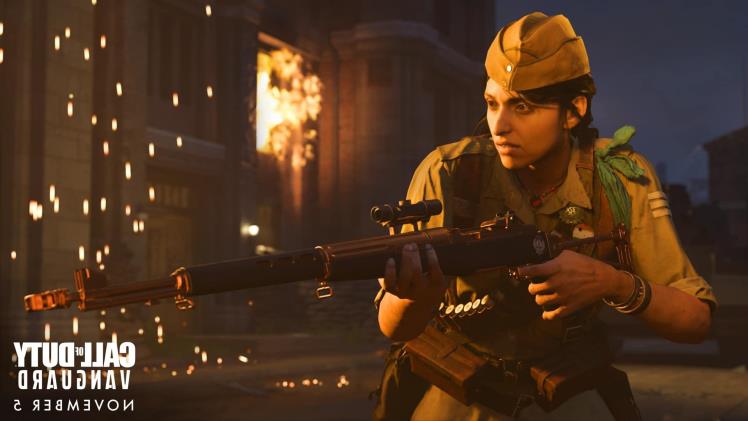 Getting to the Mastery Camos Before You Have Grandchildren

As far as camos go, the developers have changed the way they work a little bit. Some of the challenges are very different. The completionist camos are very dope, but getting to them has never been more challenging. One thing you’re going to notice going into the game’s menu for camos is that there are two tabs. One for multiplayer camos and one for zombies camos. Both tabs have different challenges, which is obvious since these are two very different game modes, one being PvP-only and the other one being Co-Op. Each camo style has 10 tiers with different challenges. But on top of that, you have the completionist. So, similar to previous games you have:

The Co-Op mode has its own collection of mastery camos which have cool spins to their names like:

All of these Call of Duty Vanguard camos are a grind from start to finish. Every last one of them. And what does the simplest challenge for a camo look like, you might wonder? Well, the Pack Tactics camo will want you to get kills with the chosen weapon starting from 40 for the first camo called the Depths to 400 to unlock Brackish – the last camo in the category. And that’s just one type of camo.

How much time do you suppose it’ll take you to unlock all of those? Every weapon type has its purpose and effective usage dictated by its design. For instance, SMGs are made for CQB combat. Do you think you’re going to have a hard time making long-shot kills? Then how about getting long-shot kills with specific attachments on your gun that don’t make it any easier for your gun to be effective at long range?

Not to be overly dramatic, but the things the game asks you do are often not worth it. And if only it was just a few times that you had to do something out of the ordinary, but no! You must do hundreds of long-distance headshots with a shotgun or hip-fire kills with a sniper rifle. Working on these, you might as well just ignore the game mode objective altogether. Which will ultimately mean that you’re letting down your teammates, leading to you feeling bad just as much as everyone else. A totally miserable experience. Why do you have to go through this? And if you think that you can complete several challenges at the same time – think again! The challenges that make you have specific attachments aren’t the same. So, for instance, you’ll have to use one type of barrel for one challenge, but for the other, it’s another type of barrel.

Then there’s the other mode. If you think that the multiplayer might be challenging because you have to actually fight against other players, whilst here you just fight dumb zombies, you’re wrong. Because of the very first challenge, for the very first camo, you have to kill 400 zombies. To think about it – it’s not a lot. A couple of fun evenings, and you got it. But wait a minute – that’s just the first camo! For the top-tier camo, you must eliminate 4000 undead! Once again, this is just the first camo pattern. It only goes up from here. If you hate to waste your time like that, it is way better to use the Vanguard booster – a service that does all this for you, so you actually get to have fun enjoying the gameplay. It is a very simple yet effective method of just unlocking personalization options without going through hell.