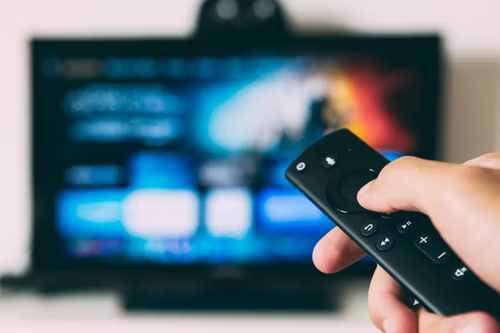 Amazon Prime Video has a wide catalogue of movies, shows, and plenty of original content from every other genre. If we go into specifics, there are over 26,000 movies and more than 2700 shows.

So, if you want to stream the best movies on Amazon Prime and are looking for a specific genre like adventure, that’s a lot of content to sift through. So, we have shortlisted the ten best adventure movies and shows on Amazon Prime that you can watch right now.

Without further ado, here is our list of best adventure movies and shows on Amazon Prime Video right now:

Synopsis: A group of travellers from the year 2015 delivers a message to the humans that thirty years from now, Earth has been attacked by aliens, and humans are losing the war against a deadly species of aliens. The only way to survive is to transport soldiers from the present to the future so they can join the forces. Among one of the recruiters is Dan Forrester (Chris Pratt), who must save the world for his daughter.

Synopsis: A modern twist to the classic fairy tale, Cinderella, an ambitious young girl, has a dream to establish her dress shop in the town challenged by her stepmother, stepsisters, and a patriarchal society. A charming take on the classic romantic tale with music and hope.

Synopsis: A mind-bending romance film featuring Greg, a recently divorced man who meets a mysterious Isabel, living on the streets who believe that the world around them is nothing more than a computer simulation. Greg and Isabel are left wondering what “real” is and what may be a simulation.

Synopsis: A coming-of-age and thriller drama that follows the journey of Hanna, an extraordinary young girl raised in the forest, living with a man named Erik, who she has known as her father since her birth. Erik once worked with the CIA to recruit pregnant women into a CIA program called UTRAX, where they enhanced children’s DNA to turn them into super soldiers. Erik falls in love with Hanna’s mother and rescues Hanna. However, the CIA has ordered all the babies to be terminated. Now, Hanna is on the run from the CIA and tries to uncover the truth behind who she is.

Synopsis: If you are looking for a short dystopian, thriller, sci-fi story, Electric Dreams is perfect for you as it’s an anthology where each episode is based on a short story by Philip K. Dicks. The stories revolve around space travel, robots, telepathy, a dystopian world, and much more.

Synopsis: The Magicians is an American fantasy drama based on the novel by Lev Grossman. The story revolves around a group of students recruited to a secretive academy and discovers that magic is real and more dangerous than imagined.

Synopsis: Vikings is a historical TV series following the adventures of Ragnar Lothbrok, a legendary Norse hero. The story shows Ragnar’s journey from being a farmer to the Scandinavian King. There are six action-packed seasons of Vikings that you can enjoy on Amazon Prime Video.

Synopsis: Merlin is a British fantasy adventure drama based on the legend of King Arthur. A young warlock Merlin is sent to the Kingdom of Camelot by his mother, where he serves as a manservant to Prince Arthur. However, Merlin must keep his abilities hidden as magic is banned in Camelot, and those who are found practising magic are executed. Follow the adventures of Merlin and Arthur as Arthur rises to become the king of Camelot.

Synopsis: Star Trek is an American sci-fi film that is the reboot of the original Star Trek TV series. The trilogy follows the adventures of James T Kirk (Chris Pine), Spock, and Bones aboard the USS Enterprise as they explore the universe. There are three installments of the series as follows:

Synopsis: Transformers is a sci-fi American action movie directed by Michael Bay. The story revolves around an ancient battle between two Cybertronian races, the Autobots and the evil Decepticons as they choose Earth as their new home ground. Humans must work with Autobots and their leader Optimus Prime to defeat Decepticons who want to bring Cybertron to Earth as their planet is dying.

There are seven installments, with one coming in 2022 on Amazon Prime Video: