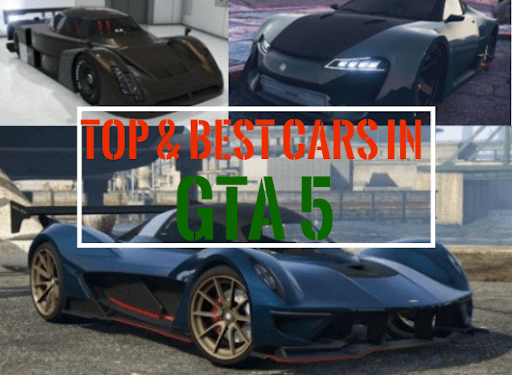 Grand Theft Auto V continues to be an incredibly popular game that has built up a huge player base thanks to the constant addition of new content. Set in the fictional state of San Andreas in Southern California, GTA V is a single-player game. The game features three protagonists.

Phillips enters the scene with his attempted robbery, due to the pressure of a corrupt government institution and powerful criminals.

New cars are among the constant changes present in GTA V. And they are very expensive, which is why most people only own a few supercars. Vehicle performance and design are carefully designed by the developers. Some of the best available cars in GTA V account are discussed below:

In Grand Theft Auto V, the Dewbauchee Vagner is the quickest automobile. Almost everyone would like to buy this car unless they aren’t into fast hypercars. The price of this car is also very high. Instead of paying a huge amount at a time, players can pay the amount in microtransactions.

Vapid FMJ is on the list just because of its price. It is not among the fastest cars in the game but surely it is among the expensive ones. The price is set to approximately $1.7 million. This car features a sleek design with a rear spoiler, making it suited for racing.

This hypercar prototype is so fast that it couldn’t possibly be road legal. The Ferrari F80 Concept and possibly the Lamborghini Veneno were potential inspirations for the Grotti X90 Proto’s design. Although its max speed is lower than that of other supercars, it appears that this automobile should only be used for a showcase. The price of this car is also very high.

The developers of Grand Theft Auto V are getting more and more creative in vehicle design. Rather than just copying the design of a real car, Rockstar took a different approach to their cars. Some of the vehicle’s elements may have been influenced by the Lamborgini Sesto Elemento and the Arash AF8. It’s surreal to drive this car in the first person.

The car is known for its unrealistic speed. The car at max can hit the meter of 195mph. The car is enough fast to give you the thrill of the game. The Emperor ETR1’s design was probably influenced by cars like the Lexus LF Lc Vision Gran Turismo, the Gazoo Racing Lexus LFA, and even the Nissan GT-R Nismo GT3.

Surely money is the most important factor to afford such luxurious cars. For that purpose, you have to complete different in-game missions. You can also rob people to get money. Sometimes, the player becomes impatient and wants to get money as soon as possible. For that purpose, online forums are available from where you can get money at reasonable prices. Our places like Eldorado where you can get your dose of GTA V cash instantly.