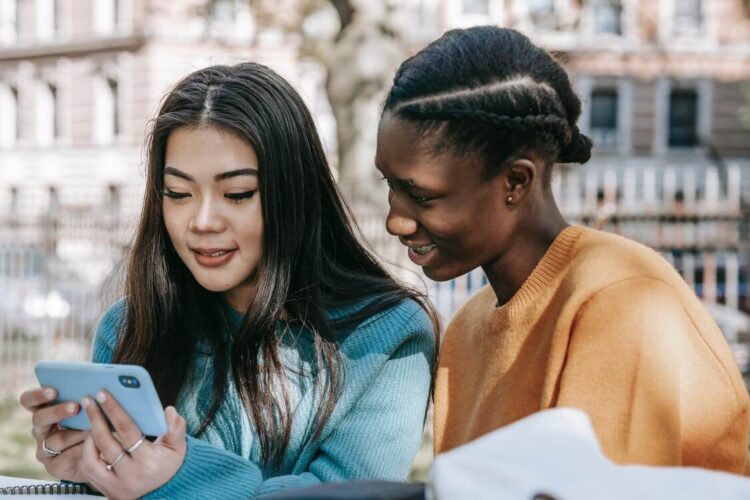 It is nice to watch movies on your smart TV or other big screens, but what about when you want to watch them on your phone? While it may seem impossible that you can just download an application on your tablet or phone and begin watching free movies, you can do so with many apps. It is not difficult to discover free movie applications for your iPhone or Android, but you cannot simply trust them all.

The experience of watching movies on your smartphone is no different from watching on a TV with a top-notch cable provider. Think of it as you have signed up for Spectrum Bundle deals where you get thousands of On-demand choices.

We have compiled a list of six of the greatest free movie applications for Android and iOS. To assist you in deciding which one to download, we will look at their key features and what you can accomplish with them. Now the only thing you should be concerned about is which film you should watch next.

On Pluto TV, you get to watch hundreds of movies, including Hollywood blockbusters and cult classics, as well as horror films, family-friendly, and rom-com’s. Along with English-language films, there is also a large range of Spanish-language television series and films. In addition, with the on-demand show collection, you can view complete seasons of all your favorite series, as well as live streaming movies and TV shows, sports, and live news. Pluto TV is entirely free, and the application is updated on a daily basis, so you will never get bored of the content choice you have with it.

On FilmRise, you are not even asked to register an account to watch hundreds of movies and TV shows for free. Simply install the application and you’ll be able to view high-definition movies in a variety of genres, which include comedy, romance, thrillers, and horror. There is also a large selection of television series, however, you may not be able to discover the most recent releases.

Everyone likes how all of the TV series and movies have popularity and rating number, which makes it easier to determine what should you watch. It also features ‘Recently Played list’, which makes it simple to pick up where you left last. Every week, the app’s editors build new playlists, ensuring that you never run out of fresh things to watch.

One of the greatest free movie applications for your phone is Sling TV. It can also be considered one of the finest free movie apps as it offers a diverse selection of content, from news and sports to comedy children’s entertainment and comedy. This app allows you to watch live TV from over 200 stations. CNN, ESPN, HGTV, TNT, and THC, and a few other top channels are included in the channel lineup. Sling TV also provides access to over 85,000 on-demand movies and series, as well as a variety of kid-friendly content from networks like Cartoon Network and Disney Channel. You may also use Locast to watch local channels for free in your Sling guide. Sling TV, like any other decent TV software, allows you to customize your programming and channels on the platform, which helps you save all your favorite watch lists.

Tubi is a free iOS and Android app that allows you to stream movies and TV. It has a diverse variety of films and television shows, ranging from new releases to Korean dramas, British series, and anime. Every Friday, it adds new movies and series to its library.

Tubi allows you to connect to a big screen with your phone through AirPlay or Chromecast, which means you don’t have to spend all of your time gazing at a small screen. Other excellent features include the option to synchronize your account with Tubi on various devices including Xbox, Roku, and Apple TV, as well as the option to resume watching shows and movies where you left off. You may also keep track of the watch list of videos to see later, as well as know when a title is about to leave the app so you don’t miss out.

While Tubi has a large variety of movies and TV shows from Lionsgate, MGM, Paramount, and others, few watchers have noted that it lacks the most current releases, and the application does contain advertisements. Nevertheless, this has to be anticipated from a free app, and Tubi still has a large and growing library of films.

The Spotlight Channel, which includes episodes and movies chosen by the Crackle staff, is one of Crackle’s standout features. This is a wonderful method to find the material you haven’t heard of or given a chance before, and the Watch Later feature allows you to store a list of items you want to watch when you have the time.

Crackle, like most other free movie applications, has advertisements. You may, however, make them less frequent if you create an account for a cleaner and better experience.

You should check out Rakuten’s Viki if you’re searching for a free app of movies with heart and romantic tales. Viki is popular among Asian television and film enthusiasts since it mostly broadcasts programs from China, Japan, and Korea. The app’s collection is extensive, including movies, lifestyle shows, Asian TV dramas, and a variety of other shows among its offerings. If you don’t understand foreign Asian languages, don’t worry; the app has subtitles in around 200 languages.

The watch-party function on Viki is one of our favorites. When you are watching different shows or movies, you may communicate with other people. Viewers have the opportunity to form a virtual relationship with fans of their favorite movie.