Buying Jeep Parts: Is It Better to Buy Used or New? 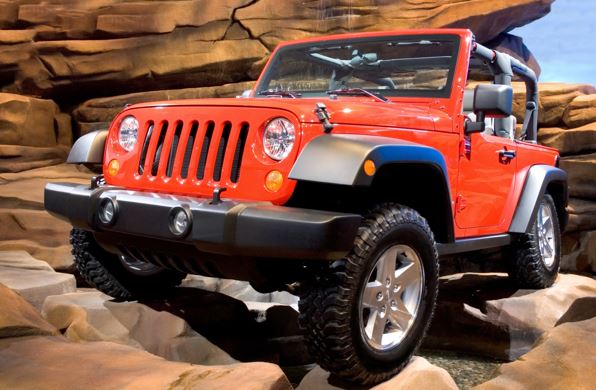 We live in a disposable society that’s both expensive and harmful to the planet.

The good news is that maximizing the lifespan of appliances and vehicles avoids these issues. If you want to get the most out of your beloved Jeep, keeping it in good condition is an absolute must. Maintaining cars isn’t cheap, either, but you won’t suffer too much if you know where to get Jeep parts.

The first step to take when buying Jeep parts is to decide whether you’re buying them used or new. There are pros and cons to both, so keep reading to figure out which option is best for you.

Those new to car ownership who haven’t spent a lot of time maintaining their Jeeps often stop into the local repair shop and pick up new parts. You may see them labeled as Jeep OEM parts. The expanded version of OEM is “original equipment manufacturer.”

New car owners get new parts because they’re nervous and don’t know what to look for in a used part. While that’s not the reason a seasoned Jeep owner would go for a new part, it’s sometimes the right decision for everyone. Check out this list of good reasons to buy new Jeep parts.

If your Jeep fails in the middle of the wilderness, there’s not much you can do! New Jeep off-road parts should be sturdy to avoid disaster. Quality OEM parts are and often come with warranties that offer some cushion in case of part failure.

Another reason to buy OEM parts is that there’s a broader selection good for people with newer Jeeps. You can browse a full Jeep parts and accessories catalog with the click of a button, but you often need to search a few sources for used parts. Putting parts from old vehicles onto new cars also often isn’t a good idea.

New Jeep parts come with warranties because manufacturers know their parts don’t often fail, so they won’t have to pay. If you find a part with a solid warranty, you know you’ll have it for the length of the guarantee—often for longer.

As much value as new Jeep parts offer, they’re not always the best choice. Ponder these issues with OEM Jeep parts before making your choice.

New Jeep parts often cost many times the price of their used equivalent. If you’re tight on cash, you’ll want to take a look at used options.

OEM car parts use more complicated technology than old parts. As a result, repairs and maintenance can be pricy.

New parts impact the planet because production often releases harmful byproducts. They release more plastic into the environment. Plus, vehicles carrying them from China to the USA, for example, emit pollutants.

If the reasons for buying new parts don’t sway you and the downsides do, consider used Jeep parts. Used goods sometimes get a bad reputation. That often starts with manufacturers trying to scare you into buying OEM parts so they make money.

Learn the other side’s perspective before believing those rumors.

As concerns about the environment grew in recent years, more folks decided they should be more responsible shoppers. Buying used parts is one way to help. You keep them from going into landfills and cut the toxic byproducts from factories.

Putting a new car part onto an older vehicle can cause all kinds of problems. It’s not always an issue, but some new parts don’t fit older models quite right. Installing them can lead to mechanical issues, so you risk your car breaking down as you’re driving.

Some computerized electrical parts aren’t meant to work with your car’s system. Mechanics and salespeople push them on drivers because they translate to a big profit. When you have an older Jeep, they’ll also try to upsell you on a crazy expensive overhaul.

Getting a part that’s meant for your used Jeep assures that it’ll fit and won’t put you in danger for that reason. You also won’t need any fancy upgrades to make the part work.

Used parts aren’t as valuable as new parts and sellers are itching to get them off the shelves. Wear and tear on Jeep parts also cuts their value. That depreciation benefits you as a consumer.

The benefits of used parts are sure to brighten any Jeep owner’s day. Yet, there are some downsides to consider before you install used Jeep parts on your vehicle.

As more time passes your Jeep’s production year, finding parts for it becomes harder. You can jump on your computer or smartphone and buy new Jeep parts online. For used parts, you may have to talk to multiple mechanics, travel to several stores, and trawl the web.

What’s worse is that after you put all that effort into finding a rare part, you can’t be sure of how long it’ll last. If it breaks down, you’ll be back to square one.

If you’re eyeing used parts for environmental reasons, you may run into a snag. Used parts from bogus sources can fall apart within days of installing them. If that happens, you’ll have to dump the used part and get a new one to replace it.

Those things indeed happen whether you buy the part or not. Yet, finding a reliable source or buying a new part to start keeps you from feeling guilty because you’re the one to trash and replace the reused part.

Used parts falling apart could also damage your car. You could face danger and a much larger cost than buying high-quality used parts or OEM Jeep parts.

When OEM parts fail, manufacturers honor warranties and replace them. It’s rare to have that kind of agreement when installing used car parts. If there is a warranty, it’s from the seller—not the manufacturer.

Successful People Swear by Our Tips and Tricks

Now that you know the best way to buy Jeep parts, you can fix up your ride with confidence.

If you want to feel confident in all areas of life, you’re in the right place to learn what you need to know. We have everything ranging from business ideas to lifestyle tips and tricks. Click on another article to pick up more must-know advice today.