Dale Earnhardt Jr: The NASCAR Driver With a $300M Net Worth 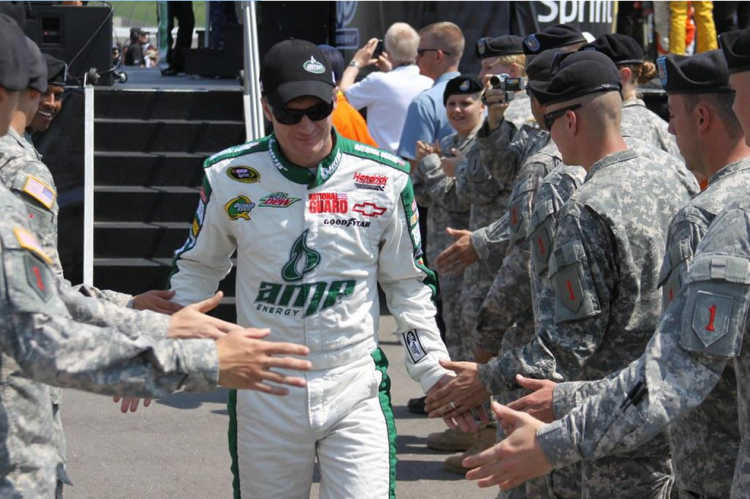 Everyone knows that top-tier sportsmen and women can and do earn massive sums of money. The biggest stars in the NBA and NFL command astronomical salaries, in addition to making megabucks from endorsement deals. Racing drivers also enjoy huge wages, but would you have ever guessed that a NASCAR career could lead to a $300 million net worth? That is the personal fortune of the ever-popular Dale Earnhardt Jr.

Earnhardt Jr. is now semi-retired, but the 47-year-old enjoyed a glistening career. His almost unnatural ability to win at the world-famous Daytona International Speedway throughout his career earned him the nickname “Pied Piper of Daytona” because his opponents always followed him around the track. Betting on Earnhardt Jr winning at Daytona was one of the more popular NASCAR betting strategies because, frankly, it worked. Earnhardt Jr won the grueling Daytona 500 twice and is one of only 12 drivers to have ever won the race more than once; his father only managed one Daytona 500 victory.

Some drivers get into motorsport because they love the thrill and excitement that the sport produces. Others, like Earnhardt Jr, have racing in their DNA; he comes from a line of professional racing drivers.

Ralph Earnhardt was his grandfather and a former stock car racer. His father, the late Dale Earnhardt, is a NASCAR legend who won the NASCAR Winston Cup Series (now called the NASCAR Cup Series) a record seven times. Sadly, he was involved in a sudden last-lap crash at the 2001 Daytona 500 and died of his injuries. Earnhardt Jr finished second in the race only a few seconds later.

Earnhardt jr was only 27 years old at the time of his father’s death, and nobody would have blamed him if he wanted to step away from the sport and pursue another career. However, Earnhardt Jr decided that his father would want him to continue racing, which is precisely what he did. Despite mourning his father’s death, Earnhardt Jr managed to finish eighth in the points standings with three wins, nine top-five finishes, 15 top-ten finishes, and two pole position starts. 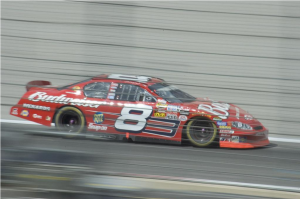 The Daytona 500 is NASCAR’s most famous race. It takes place annually at the Daytona International Speedway in Daytona Beach, Florida, over the course of 203 laps and 507.5 miles. The race is seen as the sport’s ultimate test of skill and endurance and is the race every budding NASCAR driver dreams of winning.

Earnhardt Jr. won the first of his two Daytona 500 titles in 2004, six years to the day after his late father took the chequered flag. He won his second Daytona 500 race ten years later in 2014, doing so in style. Earnhardt Jr soared into the lead with 70 laps remaining, leading for 54 of those laps.

The NASCAR superstar officially retired as a full-time driver at the end of the 2017 season, although he continues to dip his toes into the waters occasionally.

How Did Earnhardt Jr Achieve a $300 Million Net Worth?

Earnhardt Jr earned a large percentage of his net worth from prize money, inheritance from his late father, and massive sponsorship and endorsement deals. He won the Most Popular Driver award for 15 consecutive years, leading to major brands offering him wallet-filling deals to wear their logos and be seen using their products. His earning potential is still massive, thanks to being inducted into the NASCAR Hall of Fame in 2022.

Earnhardt Jr also owns a racing team of his own, JR Motorsports. It started life as a shed on his property and was essentially his marketing team. The original intent was to sell Earnhardt Jr-related merchandise and to broker deals for Earnhardt Jr, but it now operates out of a 66,000-square-foot race shop in his native North Carolina. Running a racing operation is expensive but also potentially lucrative if everything comes together.