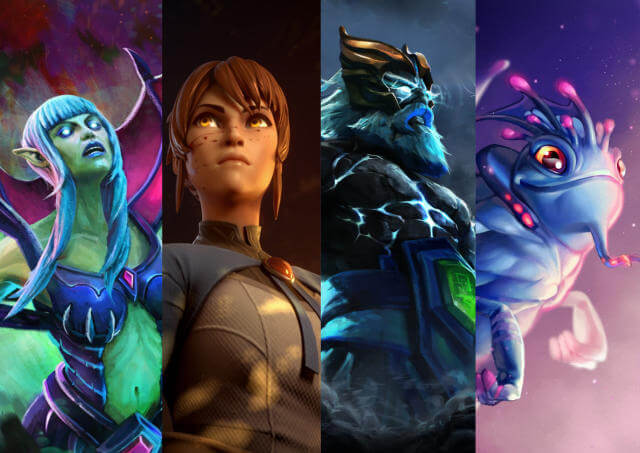 The DPC 2021-22 Summer Tour is finally over in six different regions, and we want to take a look at some popular heroes who turned out to sit on top in the meta game. Following the results of six weeks, we have seen how the combo of some great heroes and prowess has allowed the players to be victorious. Among them we find Tiny, Dawnbreaker, Zeus, Marci, and Beastmaster.

In addition to the top heroes, we already know the teams who will attend the upcoming Major in August. Speaking of the best teams, OG, Tundra Esports, Team Liquid, and Entity have guaranteed their presence and will try to show their skills at the Esports Arlington stadium. You can watch their performance at the upcoming Major on https://dota2-bet.com. These four teams from Western Europe will meet the main protagonists from the other five regions, including China, SEA, SA, NA, and EEU. Thus, the series of the Group stage promises to be exciting and even.

Before we have the opportunity to enjoy the Arlington Major that is about to take place more than one week from now, it is time to return to the title and focus on the top 5 meta heroes of the Summer Tour.

Over the course of the different weeks in Tour 3, we have seen how a fairly marked metagame has been established. Several characters have taken precedence over the rest, either in terms of elections or bans.

With that being said, the meta in a 7.31d patch takes absolute priority in the mid-game. However, some teams preferred to bet on the late game by picking heroes that allow them to get as many fights as possible.

Of all the regions in which teams have actively participated, the same heroes appeared on the scene. Some of them were popular in the 7.31c patch and continue to have a presence in the new one. However, certain names seemed to be unplayable and found only a couple of months ago. Those hidden heroes that no one would bet on seeing before are also included in our list. Without further ado, let’s see all of them!

Tiny is one of the best creators of Dota 2 on the scene. Following the statistics of six epic weeks, we found the hero picked in a total of 47 matches. One of the many things that Tiny has always stood out for is his versatility. He can be put in any style of play, something that will make all the rivals go crazy with his unpredictability. Apart from the supporting role, the hero has been discovered as a great carry and an outstanding mid laner.

Since Tiny was released a couple of months ago, many teams still learn how to adapt him to certain situations. This explains why the hero has only a 48% victory rate. We will see what happens in the future with this creature.

With the latest 7.31d patch released, Dawnbreaker has found its way into the meta as one of the roaming offlaners right now. The hero stands out for his high damage, fight potential, and speed. This explains why many professional players in a league play chose him more than 40 times.

However, Dawn remains one of the most controversial heroes in the meta with only a 36% win rate. With that being said, some teams who use the hero didn’t know that he is strong early on or together with some late-game monsters in the game, like Terrorblade and Alchemist.

Zeus is among one of the hottest mid heroes in the current meta and is the most chosen pick of the six weeks in the DPC Summer Tour 2022. Thus, the mid laner has appeared in a total of 35 games, which implies that Zeus has had a total presence of 73%.

Of all the matches in which he has actively participated, Zeus has won 17, which means a win rate of 57%. Several players have shown themselves to be comfortable with this hero. Among them, we find Tiny, Hanabi, or Clockwerk.

The most impressive and the latest hero that is accessible in the metagame is Marci. As for the win rate and pick rate, she has no rival. Marci was among the only popular picks in the DPC Summer Tour that had a 67% victory percentage.

This hero is the mythical one that players have discovered in the supporting role. However, in secondary schools, some teams put Marci in the safe lane or used her as the offlaner in certain scenarios.

Beastmaster plays a crucial offline role for many teams in the current metagame. This is one of the heroes that were popular over the course of previous Dota 2 patches. And it has continued to be more than relevant in some victories that could mark the fate of some teams.

Thus, Beastmaster appeared in a total of 33 parties, 24 of them as an election. This means that he has a total presence of 68%. Also, with a 56% win rate, the hero was among one of the great options to pick. His impressive statistics stand out precisely because of his ability to lane against anything. In this way, Beastmaster can easily disable a target that is hard to kill.