Everything You Need to Know About Canadian Maple Syrup Grades 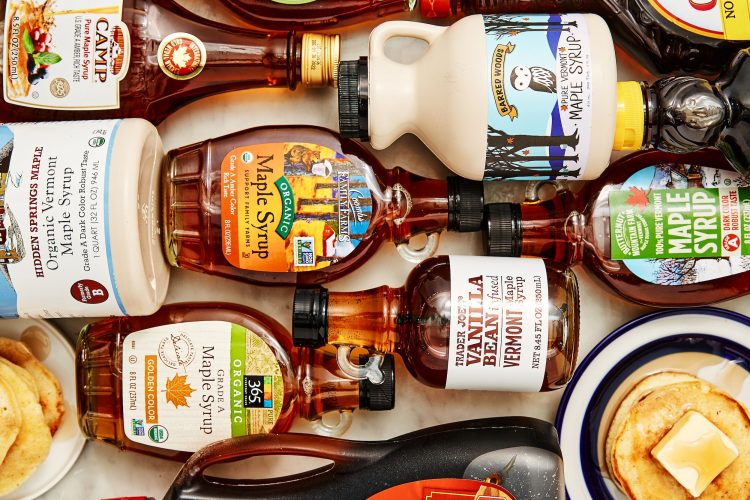 With 75% of the global market, Canada dominates the production and export of maple-based goods. Over 61 million kg of maple products, worth $515 million, were exported by Canadian farmers in 2020.

People adore using maple syrup in their dishes because of its many health advantages. But have you ever wondered what Grade of maple syrup is best?

The maple syrup industry in Canada adheres to the international standards for maple syrup quality. In addition, anyone who grades maple syrup is subject to Health Canada’s restrictions on maple products.

A maple syrup grade is composed mostly of three components:

The two components that makeup maple grades are colour and flavour, and the flavour matches the colour. The flavour of maple is more potent the darker the syrup. A syrup must have the appropriate flavour and fall within the colour range for that grade to pass. Golden syrup ought to be clear and taste delicately like maple. The flavour or colour that is the deepest or strongest wins the grade when the colour and flavour don’t match. For instance, a syrup with a Dark flavour but a Golden hue cannot be called Dark; it is called Dark instead.

Maple syrup is separated into four colour classes and given a flavour descriptor for each colour class.

Except for the other classes, this Grade of maple syrup has the lightest colour in the series and a delicate flavour. It is advised for people who wish to experiment with a more straightforward flavour and add sweetness to their recipes. At the start of the season, this Grade is created. Use of this Grade is best on food, not in food. You can pour over fresh fruit or French toast.

As you might have guessed, second-grade maple syrup tastes stronger and is deeper in colour than golden Grade. Golden maple syrup has a milder flavour than amber, richer and slightly more maple-flavoured. The usage of amber maple syrup in or on dishes is excellent. Drizzle amber maple syrup on pancakes, waffles, French toast, oatmeal, and yogurt.

It is suggested to use this Grade if you want a robust flavour in your Canadian maple syrup. The maple syrup flavour is intriguing because it intensifies with an increasing hue.

Even though the taste is stronger, the quality and sugar content is still the same, and they still have the same nutritious benefits. Dark maple syrup, however, is fantastic in smoothies, curries, and even baking.

This Grade of maple syrup is typically produced after each season and is a terrific option for cooks to add flavour, especially to cookie recipes! Smoothies, curries, and other spicy foods benefit greatly from the addition of dark maple syrup, which is dark in colour. Very dark maple syrup is a fantastic addition for experienced brewers.

During the sugaring-off season, pure maple syrup‘s flavour and colour can change.

Food lovers and cooks can choose maple syrup based on their intended purpose because it is categorized based on its colour and flavour.