Famous actors who started out as comedians 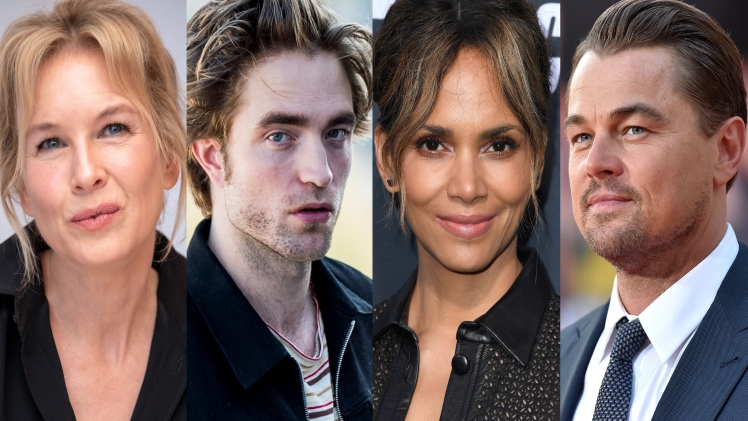 Many actors have been through the lanes of comedy before establishing a career in the film industry. Through showcasing their charisma in the genre of comedy, they rose to prominence. They were then offered many high profile roles in the field of acting to which they have done full justice. Let us have a look at the actors who have mastered acting as well as comedy:

Jim Carrey: Jim started his stand-up career at the young age of 15. Soon, he gained popularity in Toronto for his impressionist stand-up act. He even managed to feature on the front page of Toronto Star with his phenomenal acts. After a few more gigs, Rodney Dangerfield took a shine to the budding comedian and signed him up for performances. This was followed by Jim appearing on a few late-night talk shows which added to his expanding fan club. The mid-1990s saw Carrey transforming from stage performances to the big screen. He delivered some of the most remarkable movies of his time like The Mask and The Truman Show. Other movies that earned him fame include Eternal Sunshine of the Spotless Mind.

Steve Martin: Since his teenage years, Martin has been involved in the show business. He landed his first major gig when he was hired as a writer for The Smothers Brothers Comedy Hour and later won an Emmy for the same. Martin became a charming host, appearing on several shows like The Muppet Show, NBC’s Saturday Night Live and The Tonight Show. In the 1970s, his albums like Excuse Me and A Wild and Crazy Guy garnered attention and made him a household name in the industry. But for Martin, his comedy career was only a stepping stone to eventually carving a niche in the film business. He went on to deliver some of the most iconic roles in movies like Parenthood, Father of the Bride and The Pink Panther.

Johnny Lever: One of the pioneering stand-up comedians of India, Johnny Lever has managed to amass a huge fan following with his quick wit and irresistible charm. His comedic career started with a few acts in musical shows. Later, he joined Hindustan Lever and he has toured with A-listers like Amitabh Bachchan. Due to his progressively increasing popularity, he managed to bag films Dard ka Rishta and Jalwa. Since then, he has performed comic roles in more than a hundred movies. Today we adore him for his acts in renowned movies like Baadshah, Baazigar, Dulhe Raja, and Kuch Kuch Hota hai. He truly is one of the best the Indian film industry has ever witnessed when it comes to comic delivery.

Sunil Grover: Grover managed to catch the eye of every Indian with his performance as Gutthi and later Dr Mushoor Gulati on Comedy Nights with Kapil. Late comedian Jaspal Bhatti discovered this rare talent during his college days. He has also acted in the first Indian silent comedy show, Gutar Gu which spanned over 26 episodes. It was in the second decade of the 2000s that he began getting film offers for commercial movies like Heropanti, Gabbar is Back, Baaghi and Bharat. His strong onscreen presence and on-point expressions combine to deliver a performance you will not be able to forget.

Woody Harrelson: Harrelson started his career in comedy by playing a bartender in the NBC sitcom, Cheers, for which he has won an Emmy in 1989. After the series, he got offered a few comedies, Wildcats, White Men Can’t Jump and Kingpin being a few of them.His career reached its peak with movies like The People vs Larry Flynt, The Thin Red Line and No Country for Old Men. Today, he is known for accepting bold and challenging roles that continually showcase his acting adroitness and make him a hit with the audiences.

Govinda: Govinda is a household name in the Indian film Industry. Since his first film Ilzaam, he has starred in over a hundred films in which he has given iconic comic performances. His humorous expressions and hilarious dialogue delivery have added the pop his comic roles needed. He is known for films like Haseena Maan Jayegi, Aunty No.1  and Bhagam Bhaag. Later in his career, he got IIFA award for his comic role in Partner.

Arshad Warsi: Best known to have played Circuit in the comedy, Munna Bhai MBBS, Warsi has received much love and popularity for this performance. His role even got him a Filmfare award for his unforgettable acting. Since then, he is known to be a celebrated actor, leaving the audiences in awe with his comic roles in movies like Golmaal series, Hulchul and Dhamaal. His expressions always seem to crack up the spectators and comedic timing is laudable. It is no wonder that he has managed to decorate his cap with various feathers during his acting career.

If you think you have a shot at being a prominent comedian and need to know how, why not try learning from someone who is on this list? unluclass bring to you comedy lessons by  Johnny Lever, who is here for you if you want to learn stand-up comedy online. He will walk you through all the essentials and some of his secret techniques to mastering the art of comedy. Check our website for more information on this online comedy course.