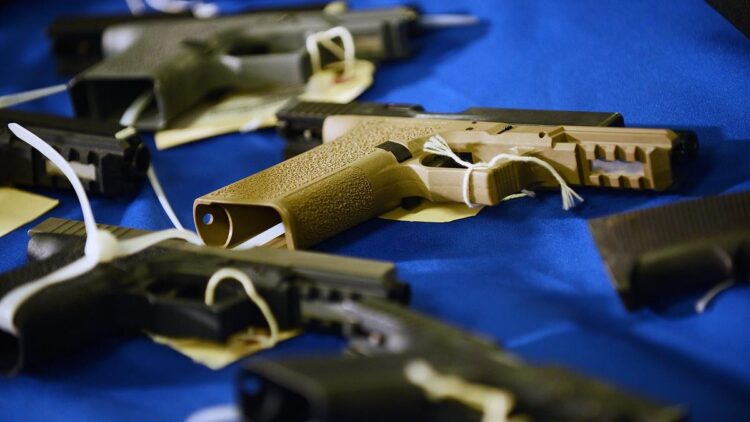 Being a gun owner and using it for sport is like owning a supercar. It is fatal when in the wrong hands, but it is a prized possession when handled with responsibility. Like cars, most gun owners also tend to trick out their firearms to personalize their gear further. Sometimes it might be a subtle change to the handrail, a sweet new optic, or a medium loop lever that matches the gun’s finishing. If you bought a new gun or are considering adding some functional and stylish Rifle accessories and parts to it. Check out some of the must-have accessories you need for your gun.

When out to buy your first gun, the chances are that you may want to stick to factory-mandated ammo. Yet, down the road, as you build experience, you will be capable of making a more educated choice. It might be a good idea to consult a gun dealer or fellow gun owners on which ammo works best for them.

For any gun, accuracy and precision are of utmost importance. To do so, it is vital to stabilize your gun as much as possible. This is crucial, especially when hunting outdoors, as the terrain would be uneven to prop your rifle against it. Hence, most people tend to invest in either a bipod or a tripod when using a rifle. In pistols and handguns, owing to the design, you can only use underbarrel grips to increase the stability of the gun. Investing in a good quality bipod/ tripod ensures good stability and also helps keep the gun grounded against the recoil generated.

There are two major types of handguard variants available in the market:

The trigger is like the heart of your gun. Your gun only works when it moves. When it comes to customization, most gun-owners tend to tweak around with the trigger mechanism. The amount of force you exert while firing the gun affects your aim. Some prefer the feather-light action, while others opt for a reliable crisper trigger action. The large loop lever is the popular trigger mechanism opted by owners of Marlin’s most comprehensive range of guns. A precision wire cut and CNC machined trigger lever allows the user to cycle without lifting their eyes from the iron sights ergonomically.

Your gun is a complex mechanism, and to keep each firearm part functioning smoothly, it is essential to keep it dirt-free. It is also an important safety measure. Carbon and lead residue from firing bullets are left behind. Over prolonged periods, this residue can cause the firing mechanisms to jam. Similarly, the oils from your skin and moisture are non-friendly for your gun. It can lead to corrosion and gun surfaces losing luster. So, most gun owners tend to have the following cleaning supplies for frequent cleaning of their firearm parts:

Unlike in a western movie, you cannot carry your guns on your shoulders in a western movie, ready to fire even if you are a gunslinger. Not only is the gun prone to damage from hitting on different surfaces, but you also don’t want to force your gun onto anyone you interact with. Moreover, it is helpful to have all your accessories in one place for easy storage. This is why a holster or a gear bag is indispensable. A back holster is the easiest way to store a rifle and hip holster for carrying pistols or other handguns. In contrast, a gear bag has separate compartments to store ammo, optics, or other rifle accessories.

Muzzle brakes are ingenious devices that connect to the muzzle or barrel of the gun and redirect a portion of the propellant gas away from the barrel. This results in a reduction to the recoil action after firing a gun. By redirecting the gases, the vertical recoil is reduced, significantly improving the gun’s performance. Muzzles generally have a diagonal cut at the muzzle end or holes/ slots for easy gas dissipation.

Guns are loud. Prolonged use of guns at short range can be very damaging to the ear and lead to hearing loss. Additionally, the muzzle flash can be blinding and disorienting. Hence, it is crucial to invest in some safety equipment such as a muffler or hearing protection kit and shooting glasses. The glasses protect you from any flying debris such as gunpowder or shrapnels.

Your gun, on its own, is your prized possession. The accessories mentioned above are must-haves as they elevate your gun’s performance significantly and increase its lifespan. By investing in a good quality gear bag, you can have all the rifle parts & accessories in one place and keep them safe.