Five horses to watch at the Goodwood Festival 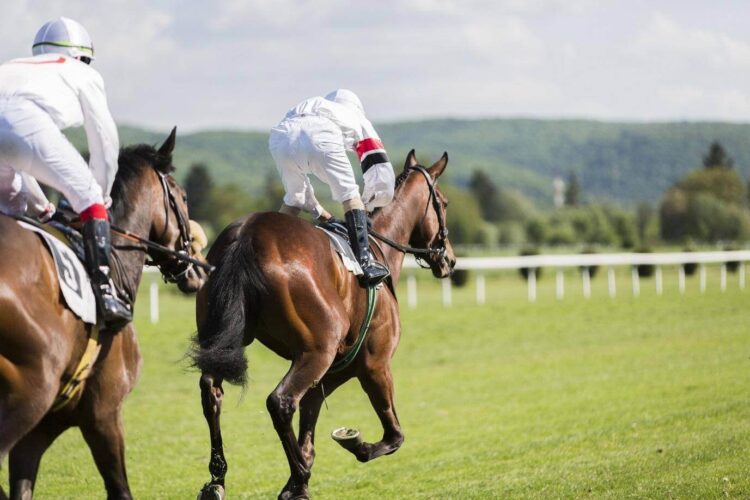 The Goodwood Festival, commonly referred to as Glorious Goodwood, is fast approaching, and excitement is building due to the fact that spectators will be in attendance after being forced to miss last year’s meeting. There will be a feel-good atmosphere at the Sussex-based venue as horses, jockeys and trainers battle it out to win the most coveted prizes on offer.

There are a number of big races to look forward to, and that means there will be a bunch of horses gunning for glory during the Festival’s five days. Let’s take a look at some of the key horses to look out for when Glorious Goodwood gets underway on July 27th.

Where better to begin than with Stradivarius, who is the favourite to make it five successive victories in the Goodwood Cup this year. It’s been a remarkable run of success for the John Gosden-trained horse, and it’s no surprise given that legendary jockey Frankie Dettori is the man who has been in the saddle on every winning occasion. It’ll be a huge challenge to make it five on the spin, but for a horse of Stradivarius’ talents, and a jockey of Dettori’s class, you wouldn’t rule it out.

A similar situation is facing Battaash, trained by Charles Hills and ridden by Jim Crowley, after winning the last four editions of the King George Stakes at Glorious Goodwood. There have been some stellar performances among those victories, and if this year’s Glorious Goodwood odds are to be believed, there could be a magical fifth successive victory on the way. Crowley is a jockey who knows what it takes to win races at the Sussex-based venue, and so it would be no surprise to see the dynamic duo succeed once again.

Turning our attention to the Sussex Stakes, Poetic Flare is the current evens favourite to triumph in the one-mile race. The Irish-trained thoroughbred has had some good wins this year, notably in the Ballylinch Stud “Red Rocks” 2,000 Guineas Trial Stakes at Leopardstown and the Qipco 2,000 Guineas Stakes at Newmarket. After a couple of misses at Longchamp and the Curragh, the three-year-old heads to Goodwood off the back of a solid victory in the St James’s Palace Stakes at Royal Ascot last month. With a proven track record over one mile, Poetic Flare will take some beating.

As for the Nassau Stakes, it’s hard to look past Audarya, who stands as the 9/4 favourite in the ante-post betting. The five-year-old hasn’t had a busy season by any means, with a solitary run in the Prince of Wales’s Stakes at Ascot last month resulting in a narrow second-place finish. However, the punters have clearly seen plenty of potential in the James Fanshawe-trained horse, and there is a good chance Audarya could romp home at Goodwood.

Finally, Real World looks to be one to watch out for in the Golden Mile Handicap. The four-year-old heads to Goodwood on the back of two successive victories, in the Royal Hunt Cup at Ascot and the Steventon Stakes at Newbury earlier this summer. They were both impressive victories for the horse trained by Saeed bin Suroor, and it would be no surprise to see Real World cause a stir at Glorious Goodwood.