The Hidden Meaning Behind The Ancient Viking Symbols 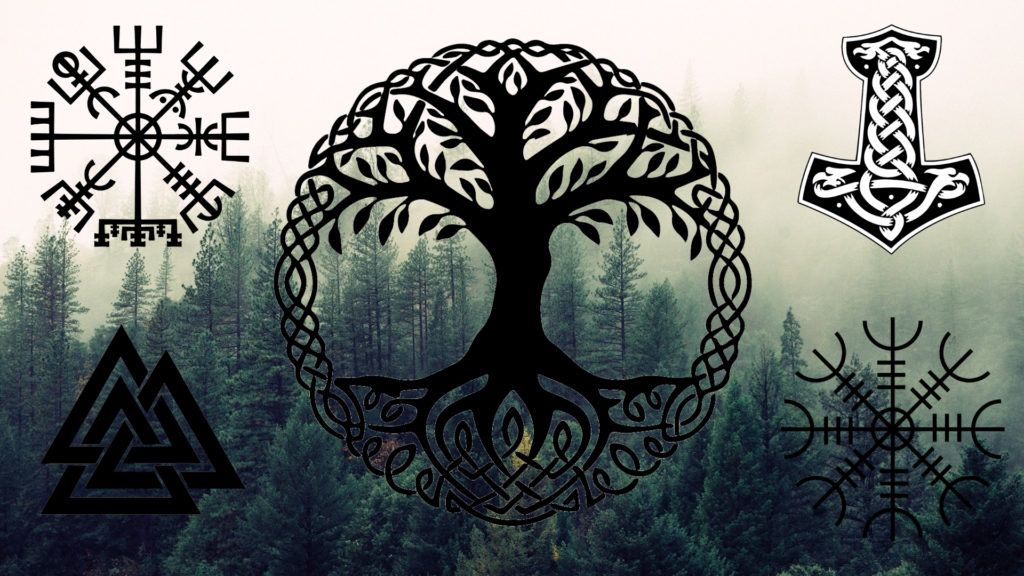 The word ‘Viking’ means ‘Pirate Red’ in the old Norse language, the language of Scandinavia, which is also the birthplace of Viking people. The Vikings were amazing sailors and experts in building boats. They travel towards America long before Christopher Columbus did and other countries to raid and plunder. The Vikings were famous were fearless and were notable because of their brutal nature. The ruthless pirate’s era lasted more than 300 years, and their legacy and culture are now found in history books, artifacts, and museums. Vikings were very fond of jewelry, both men and women. Their famous symbols are crafted in jewelry nowadays, and the Vikings jewelry is loved among the people. Here are some ancient Viking symbols and meaning behind them,

It is also known as Helm of terror or Helm of Awe, also often called Algiz is the most mysterious and powerful symbol in Viking culture. It contains eight spiked tridents that are guarding the central point against the threatening powers which encompasses it, which also symbolizes assurance and beating adversaries. In the Poetical Edda, it is referred to as,

The Helm of Awe

I wore before the sons of men

In defense of my treasure;

Amongst all, I alone was strong,

I thought to myself,

I found no power a match for my own.

The Aegishjalmur is a protection symbol against mental, spiritual, and physical diseases.

Huginn and Muninn, The Twin Ravens of Odin:

It is the symbol of brutality and wisdom. It was said that Odin’s raven would fly all around the world and returns during the breakfast time and whisper all the tales, they saw or hear, to Odin’s ears.

The Vikings were fascinated by Huginn and Muninn rune, so are the modern people. They love to wear the rune symbol in the jewelry and draw tattoos on their bodies.

If you are an Avengers fan, you probably know what am I talking about. Mjlonir means lighting; the hammer can power over thunder and lightning just as you have seen in the movie. Mjlonir was one of the most powerful tools in ancient Vikings culture, which indicates power and destruction. They love to wear the hammer amulets around their neck in chains.

The Mjolnir ring or necklace would be a perfect gift for your marvel fan friend.

You can buy the beautiful Mjlonir Ring or necklace here. A Thor’s fan will love this Viking piece of jewelry.

The slain Warriors are also called Valknuts. The Vikings had bizarre beliefs, as they believed the people who lived a simple life would not have an afterlife but the people who lived a glorious life and died on the battlefield will have a wonderful life on Vahalla. They have faith that the great warriors who died on the battle will join Odin’s army after death and will fight the last great war, the battle of Ragnarok. The exact meaning and details of the Valknut symbol are lost with time. In today’s time, it symbolizes the bravery, destiny in this life, and after-life and courage.

The meaning of Vegvisir is the object which shows the way. The vegvisir symbol is very much similar to the symbol of Helm Of Awe. The symbol has a shape of eight arms attached to the circle. The Viking compass was the protection spell against gone missing, especially into the sea. Vikings did have instruments, i.e., sunstones and Unartoq Disc to find directions and they were gifted with sharp senses of directions, but they believed vegvisir was some magical compass or god’s gift, which will show them the way out when they will get lost.