History of Oil Painting and the Evolution of Styles 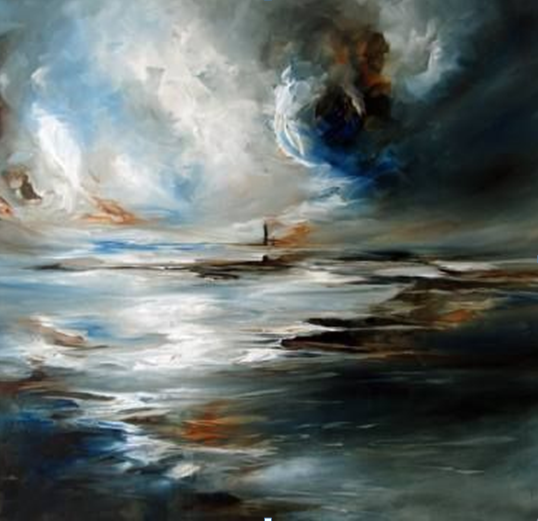 Oil painting is a technique in which your paintings are formed by mixing the pigments that provide color with an oil base (hence the name). This oil base provides a glossy finish that makes colors stand out, last and attract attention.

Before its use spread, tempera or tempera paint was used on sarcophagi, tables or directly on the walls of temples and buildings in the so-called fresco painting. This paint used the yolk of the eggs in the emulsion to bind the pigments with the water. But oil painting has the peculiarity that it takes longer to dry, which allows correcting what is being painted on the fly and offers more vivid and striking colors once finished. Its use extends into the 15th century and painters from Flanders (Netherlands) became well known.

Oil paints are made up of pigments, which are those that have the color itself, together with an oily medium to create a paste that flows on the support that is being used to paint. The support can be a wood, the wall, fabric or almost any element if it has been prepared for it. To make the paint more fluid, more oil (linseed, normally) is used, adding more shine to the paint or solvent (turpentine or turpentine) so that it dries before and that will be the same material that we will need to clean the brushes and palette.

The paints are mixed on a palette before applying them to the support or they can be applied directly and mixed on the surface of the painting, taking advantage of the fact that they take time to dry. This is called alla prima painting. Another technique is to paint a first layer of color and then go over semi-transparent layers, waiting for each one to dry (paint with glazes). You can see all these techniques throughout the entire oil painting course.

In ancient times, pigments were obtained from various natural elements (mainly minerals) that were more or less difficult to obtain, which meant that some colors could be very expensive and were only used rarely. For example, the blue color was obtained from lapis lazuli, which is a semi-precious stone that is quite expensive and difficult to obtain. In this way, most of the paintings were not blue but used ocher, reddish and brown tones. Those who could afford to wear it never mixed it up but instead displayed it on cloaks, tunics, or other fabrics to demonstrate its might and its works came to be considered noteworthy.

Each painter made his own paints and getting a special color that no one else had was also a sign of mastery and differentiation. Thus, colors emerged such as mummy brown whose pigment was actually obtained by pulverizing authentic Egyptian mummies. I don’t know if you really would notice the difference in the final result, but using mummy powder in your paintings has a pedigree…;).

Synthetic pigments allowed paints to have the same price today regardless of their color and help ordinary mortals to be able to have any color without going hunting for mummies or precious stones.

Evolution of style in painting

The oil painting has evolved over the centuries in different styles and pictorial currents. If oil painting emerged in the 15th century, the first style would be medieval art with different schools, such as the aforementioned Flemish. Modern Painting and Contemporary Art, with various styles and currents such as impressionism, realism or modernism.

The following video is an example of how the style of painting has evolved over the years. He dedicates only the last 50 seconds to contemporary painting but it can be seen how the 20th century represented a radical change in the style and way of painting. The technique had already been perfected and it seemed necessary to invent something new. Apart from oils, acrylics and fluid paints are used with equal passion. Unlike oils, these provide more freedom and creativity in the artistic pieces. Sites like Fluid-Painting.com Art Blog provide the relevant info and tips to indulge in this engaging painting medium.

Many, when seeing this video think that the thing has evolved for the worse. It must be borne in mind that, with the appearance of photography at the end of the 19th century, the portrait is no longer the only way to reflect what a person is like for posterity. Achieving the closest resemblance is no longer necessary when you can take photos. Improving the original, as was done with monarchs and members of the nobility to make them appear more handsome and powerful, is no longer necessary with the appearance of Photoshop.

Painting loses a functional part of acting to document and gains in its artistic part: it has to express other things, it has to seek the foundations of image and color, and it opens up a new range of styles that previously had no place. Also, today there are artists capable of making works very faithful to reality (and hyper-realists, who are already passing) but it has already been done, it is already known to be done, it does not pose any challenge or novelty.

Are you looking for a best online art gallery to buy oil painting on canvas ? Visit IndianArtZone, a juried e-gallery that provides you with varied paintings ranging from abstract paintings, contemporary paintings and modern art paintings at an affordable cost. As well, they provide a wide range of figurative paintings at a reasonable price. Further customizations in terms of size dimensions, colour shading and styles can be incorporated. Go ahead and explore their vast collection of paintings at www.indianartzone.com