How Gaming Can Help Development 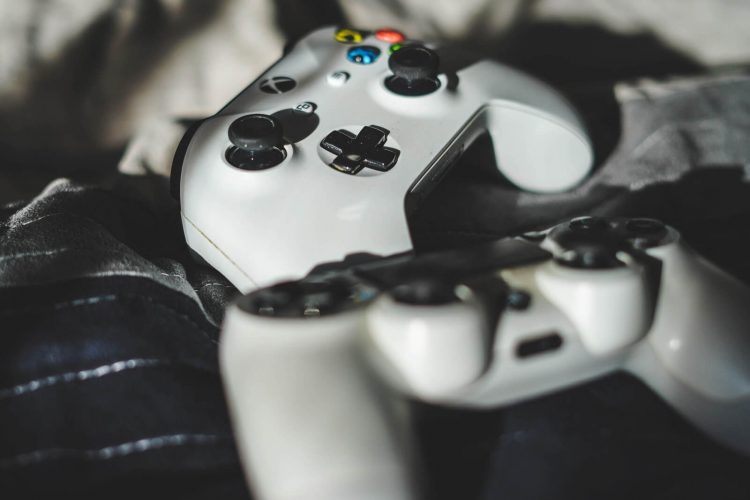 Nothing has been as disputed whether they are helpful or not as much as video games. Ever since they have been made, video games have been under fire for supposedly corrupting the people who enjoy playing them.

Many of those complaints come from well-meaning organizations and worried parents that simply do not want their kids to be exposed to something unsafe.

But opposed to those accusations, science has continuously demonstrated favor to video games. Research from cognitive psychology and brain research has demonstrated that a moderate amount of playing video games hosts numerous benefits.

When used properly, games are beneficial to adults and kids, whatever their age. This post will share the top reasons why video games can be great for you, whether it’s establishing social connections, training the mind, or enhancing real-life skills.

Video games have often been associated with addiction, but as the problem and not the solution. On the contrary, video games have been utilized to overcome different mental health concerns, as they have been discovered to help prevent unhealthy cravings such as alcohol and smoking.

Video games are also used as therapy for people with mental disorders such as ADHD and depression, as well as learning disorders such as dyslexia. It helps you sharpen the mind and improve its capacities, such as hand-eye coordination and attention.

Online games continue to develop new skills and reinforce one, whatever your age is, through actively engaging your mind. In the elderly, video games have been proven to enhance their outlook in life and self-actualization.

A healthy and good dose of video games doesn’t make kids or adults anti-social. That’s because a lot of games are social and online in nature, not to mention they can help you build a friendly and sportsmanship attitude.

Many online communities intended for your games are extremely welcoming and cordial too. The same is true for gamers offline. Because of the shared interests in online games, gamers get along easily and create casual yet meaningful connections with one another.

A lot of gamers in social settings are also more likely to be communicative and friendly, even with subjects outside of gaming.

Hand and eye coordination are also one of the basic foundations of being a great gamer, and playing specific games can further enhance that skill. Online games go with your eye movement along with your hand movement to enable you to respond accurately and easily.

That’s especially true for video games of any genre. However, it’s true for active games such as Kinect Adventures and Wii Sports.

Everything happens so quickly in a video game. That’s why your brain is trained to process information faster. People who play video games often were discovered to process various stimuli faster than others while still making wise decisions to achieve the goal.

Online games also enhance mental flexibility, or the capability to switch between tasks quickly and without error, even if those tasks were different and had inconsistent demands.

With all of those social, mental, and physical benefits of video games. The good things will go beyond the gaming world and into real life.

Most studies say that playing video games enhances your work performance, particularly in jobs that need smart and fast decision-making, great hand-eye coordination, and multi-tasking at the same time.

Other fields that have been studied involve civil engineering, aviation, and neurosurgery.

Apart from the games that were made to be educational and informational, most games share relevant skills and knowledge while not being explicitly made for learning.

On top of that, historical games inspired by real-life events such as Civilization and Assassin’s Creed are excellent starting points for gamers to be interested in history. Sci-fi games such as Half-Life and BioShock also introduce different physics concepts are based on real science.

Take note that immersive gameplays need you to recall details to progress smoothly in the game, along with various sources such as audio, visuals, and texts having to be considered at the same time.

Video games condition the mind and enhance its ability to store and recall information, both long-term and short-term.

Also, video games could lessen your impulsiveness and sharpen your attention. You learn how to concentrate and orient all your actions towards that goal as you work towards achieving a specific goal throughout the game.

Gamers who play action games, particularly first-person shooter games such as Call of Duty, have been proven to have enhanced vision when it comes to contrast sensitivity. In case you didn’t know yet, visual contrast is the capability to differentiate various shades of gray.

Your sense of sight is increased and helps you see more subtle differences in color, as your mind is more alert and focused. But of course, excessive screen time is bad for your eyes in the end. Specific measures should be taken to lessen your exposure to prevent concerns such as long-term eye damage, headaches, and eye fatigue.

Ultimately, any good video game has different stimuli you should consider while playing the game itself. Often, you must factor in audio instructions, fast-moving visuals, and the goal of the game, all while using your keyboard and joystick controls.

You also must respond and decide after making sense of them, more than simply memorizing information, all in a matter of a few seconds.

Those who played online games have done perfectly in doing numerous tasks such as monitoring fuel levels, controlling the target, and responding to radio communications.

As you can see, there are many benefits to gaming for both kids and adults. This will be noticed more as game localization is on the rise.