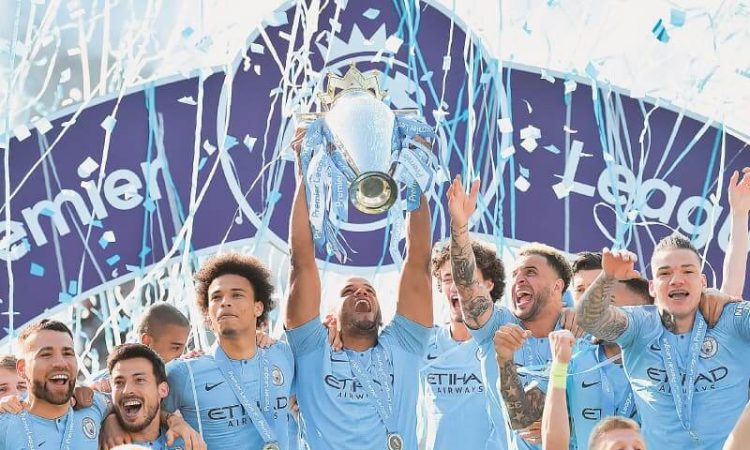 Three goals in five minutes for Guardiola’s team against Aston Villa. Liverpool second to one point. Conte brings Tottenham to the Champions League.

Still on the throne. Liverpool from today with the mind in Paris, Manchester City with the crown in mind. Eighth title for the Citizens, the second in a row, the sixth in the last 10 years, the fourth with Pep Guardiola on the bench. Premier league results came today, at the last sprint, with the victory over Gerrard’s Aston Villa, an Anfield legend who dreamed of a sensational trip, but who had to surrender in front of De Bruyne and his teammates, despite the 0-2 at 69 ‘by virtue of the Cash and Coutinho networks. Then the incredible comeback: Gundogan (76 ‘), Rodri (78’) and again Gundogan (81 ‘) to become champions.

Once again, as has happened in recent years except for last season, the title was an exciting head-to-head between Guardiola’s guys and Klopp’s guys. The “reds” have the opportunity to redeem themselves in the final of the Champions League on May 28 against Real Madrid, for the City, however, a Premier arrives which means a lot since the risk was to remain empty-handed after a great season.

First the Community Shield lost against Leicester, then the defeats in the semifinals of the FA Cup (Liverpool’s triumph against Chelsea) and the Champions League (daring elimination in extra time against Real Madrid), it seemed a cursed year and that’s why the Premier (for Guardiola the most difficult title to win) becomes a blessing. The City takes the lead of the standings on the 15th day and does not leave it anymore, in certain situations, between postponements and recoveries, even by 11 points off the “reds”, and then undergoes the comeback, but without ever giving up the primacy also in the captivating finale. Double 2-2 in direct clashes with Liverpool, in the end in 38 games the Citizens collect 93 points, the result of 29 wins, six draws and three defeats with 99 goals scored and 26 conceded. The driver, in a team that, as always happens when Guardiola is on the bench, enhances the collective (with the exception of the Martian Messi of the Barça days), is Kevin De Bruyne who, by virtue of the absence of a real number 9 ( but next season Erling Haaland will arrive) scores 15 goals, dispenses eight assists and gives great performances.

All important: from Ederson to Cancelo, from Laporte to Foden, from Gundogan to Rodri, from Bernardo Silva to Sterling, from Mahrez to Gabriel Jesus, with De Bruyne giving that little bit more and a man to make the difference: Pep Guardiola with its beautiful and effective kick. Not always winning, of course, but at the bottom of every competition his teams are there, then the ball rolls in the right direction also for a matter of episodes, woods, centimeters, Guardiola knows this, those who criticize him often forget. Once again the City holds the scepter of England tightly, once again Pep wins and convinces.

For the Catalan coach it is the tenth championship won after the 3 consecutive wins both in Spain with Barcelona and in Germany with Bayern Munich.

Antonio Conte’s Tottenham closes the English championship in fourth place at 71 and wins the Champions League for next season, together with Manchester City (93), Liverpool (92) and Chelsea (74), leaving the Arsenal (69) going to the Europa League with Manchester United (58). In Europe also West Ham, seventh at 56, which will play the Conference League. Burnley, Watford and Norwich relegated to the Championship.