More than Movies: Young Actress, Jennifer Michele, Encourages Others to Reach Out

by Sebastian
in Entertainment
3 min read
0

Young actress, Jennifer Michele, raises awareness about suicide – encouraging her peers to reach out for help and that they are loved.

Actress Jennifer Michele has been involved in show business from a young age – 4 years old. She grew up loving anything to do with arts and entertainment, whether it was making up plays, dancing, starring in theatre roles, music, visual arts like storyboarding, directing, editing, and last but not least, acting.

Starting with a few modeling jobs, Jennifer Michele eventually landed various lead and character roles on commercials, TV series, and movies. She co-starred alongside Angela Bassett in Fox’s TV show, 9-1-1 (2018), as well as guest starred as ‘Britney’ on the television series Just my Luck. Lead roles include The Mandela Effect, Dream Beyond US, and the latest Joey and Ella, which is set to premier in the summer of 2021. 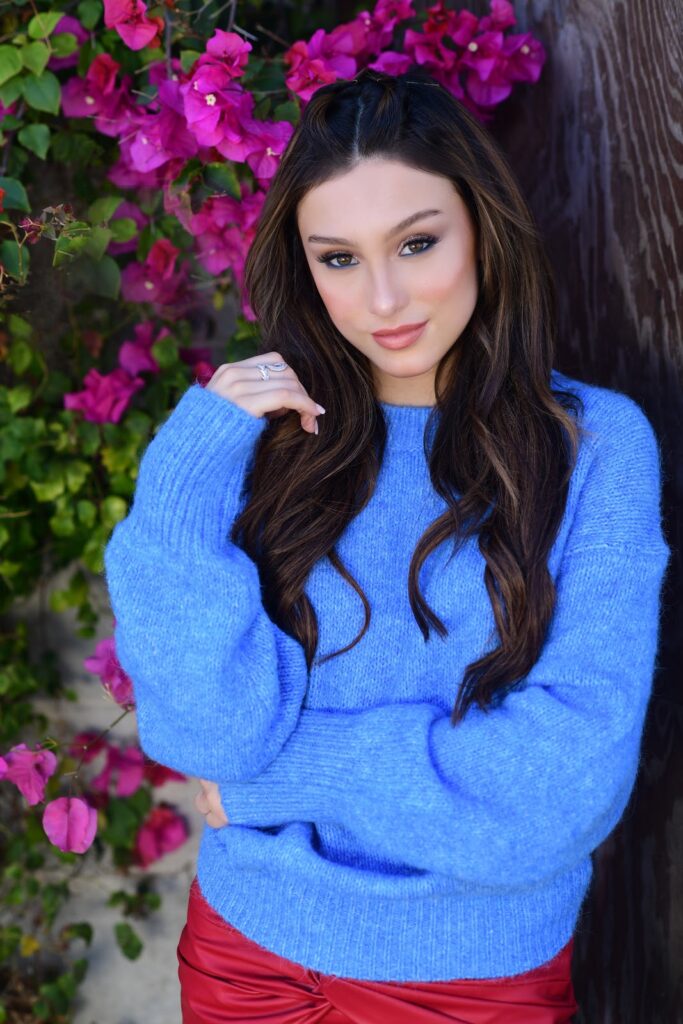 Beyond the Story Arc

From Glendale, California, Jennifer Michele recently turned 15 years old, but she’s only just starting an adventure of a lifetime – her passion is acting, but it’s about more than just making movies. Jennifer Michele believes in the power of story, the creation of characters, and the ensuing journeys all help us understand ourselves and others.

Beyond acting, Jennifer Michele can be seen on various social media platforms, from Instagram, TikTok, and Famous Birthdays. As a young actress, Jennifer Michele is leading by example, showing her fans you can still have fun while lending a helping hand and open heart. Although she shares her journey as an actress on these platforms, she also uses it as a platform to speak up about issues like hunger, slavery, and suicide.

On her TikTok account, she’s shared her time volunteering for organizations like Food Forward. One of her top concerns in the world is people without enough food, especially now during the recent worldwide pandemic. Jennifer Michele would love to work with more charities and organizations that feed the hungry around America and the world as there are over 2 million hungry people just in Los Angeles. In a recent interview, Jennifer Michele shared her beliefs about this, she said: ‘I think if we want to move forward or have a better quality of life for all, people really need the basics. When someone has proper nutrition everything else is a little bit easier’.

On a recent Instagram video, Jennifer Michele raised more awareness about suicide, that it should be talked about more, mentioning it as the second highest cause of death for kids 10 and up. She also provided a helpline number for anyone struggling with suicidal thoughts.

Jennifer Michele already has over 45K Instagram followers and over 230K fans on TikTok. With over 7,000 views on the above video thus far, raising awareness through her social media channels creates a space for her to reach her peers and impact them positively.

More than that though, the inspiration and support from Jennifer Michele’s parents gives this young actress a good work ethic and stable foundation to grow in her success and inspire other young artists in the process. She believes in doing what you love – first figuring out what that is and then working to get it, even if it means working hard to get it. She also believes in determination and being kind to yourself, especially on days when things feel harder than usual.

Jennifer Michele can be seen playing the lead role as Ella in the latest Lionsgate and ACE Entertainment film, Joey and Ella. A family adventure about a teenage girl named Ella who moves out to the country where she finds a baby kangaroo named Joey and from there the two embark on exciting adventures together.

Why Freelancing is Worth Doing?

Misconceptions About Buying Your Weed Online

Why Branding Is Key For Your Business

Case interview – Why Important for candidates

Toe Hang or Face-Balanced Putter – What Is the Best Putter?

6 Important Things to Know About Filing an ICBC Claim

4 Most Popular Hotels in Banjarmasin