The world of culinary arts is ever-evolving, with new recipes and flavor combinations being discovered every day. Cooks from all around the world experiment with new food and try to create breakthroughs in cooking. One of the most influential chefs in the world is Ina Garten.

Born in 1948 in Brooklyn, Ina Garten was one of two children in her Jewish family. Ina did well in school especially in the field of science. While growing up, her mother, who as a dietician, always discouraged her from helping in the kitchen and told her to concentrate on her schoolwork instead.

She then married her then-boyfriend, Jeffery Garten, in 1968. As her husband served in the military during the Vietnam War, Ina did a lot of cooking during her free time. The couple has been married for over 50 years but has never had children of their own.

Ina Garten did not start as a full-time chef. Before her cooking endeavors, she was working on the White House. She was assigned to Management and Budget for nuclear energy and its policies. However, she was not contented.

An opportunity appeared to her when she saw an advertisement in New York Times about a food store that was on sale on Long Island. Out of pure curiosity, she and her husband drove over to the store on the very next day. She had no experience in running a specialty food store or even running any business.

Despite her lack of knowledge and experience, Ina Garten knew that this is what she wanted to do. However, she still had doubts. So she decided to give the owner of the store a low offer and then think about the decision of buying the store further when she gets home.

The next day, Ina Garten was astounded when the owner accepted the offer. This means that she now owns a food store. This is where Ina Garten’s culinary career officially starts. 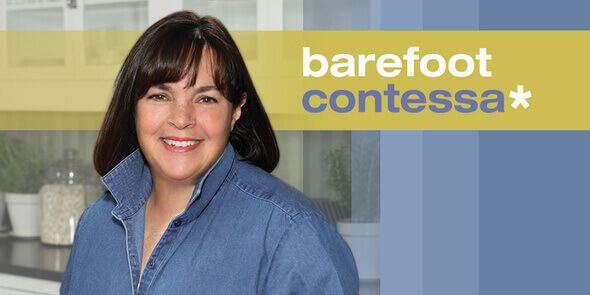 After 20 years, Ina Garten’s most popular food store grew into a 3000 square foot emporium with several cooks and bakers to assist customers in selecting the best salads, bread, baked goods, and dinners to take home. In 1996, Ina Garten decided to sell the Barefoot Contessa to the manager and the chef. She wanted a new challenge, but she did not deviate from the culinary world. She decided to write cookbooks.

This cookbook is Ina Garten’s most popular cookbook. It offers recipes that are both delicious and easy to make. There are about 85 recipes in this cookbook including the Cheesy Chicken Enchiladas, roasted sausages recipes, and many more.

The recipes are very easy to follow, and most of them are short. No recipes are longer than 1 page. It is Ina Garten’s View that food is something everyone enjoys regardless of how they are feeling.

She believes that food has the magic to make us all feel better even when we are down. This is the ideology on which she based Modern Comfort Food. According to Ina Garten, comfort food is very personal and subjective. Most of the recipes in this cookbook are classic foods that trigger memories, bringing the person to a state of comfort.

Overall, this book has been Ina Garten’s most famous cookbook and one of her most successful ones too. This is a must-have for anyone wanting to cook, serve, or eat comfort food.

After her success with her first book, Ina Garten wrote another book in 2001 named Barefoot Contessa Parties. This book also became a best-seller. In the book, Ina Garten invites the readers inside her home and teaches them recipes and ideas for cooking delicious food for parties and events.

In 2002, Ina Garten started working as a host in Food Network. Her show, The Barefoot Contessa, has aired for 13 years on Food Network and has filmed over 240 episodes.

It features Ina Garten preparing meals for almost every occasion and explaining the ingredients and how to cook them. Her goal was to make it easy for viewers at home, culinary enthusiasts, and aspiring chefs to follow the recipe and cook delicious food.

The show has been running for several years and has received positive feedback from its audiences. Balsamic Roasted Beet Salad is Ina’s most popular recipe on Food Network. This dish is packed with sweet beets and takes 1 hr and 20 minutes to prepare.

Before attaining success in Food Network, Ina Garten had made efforts to sell her cooking show to fellow celebrity chef, Martha Stewart’s show called the Martha Stewart Living. However, Martha disliked the idea and ordered that every pilot tape that Ina had made be destroyed.

Nonetheless, the two have supported each other over the years. During a podcast by Michael Ian Black, Ina said they are great friends.

Other than writing cookbooks and being on Food Network, Chef Ina Garten is also famous for her line of pantry products. Working along with her business partner, Frank Newbold, Ina has launched the Barefoot Contessa Pantry that includes things like packaged cake mixes, sauces, preserves, and marinades. She also does this in conjunction with Stonewall Kitchen.

Something else that is known for is her KitchenAid Stand Mixer. Ina Garten often uses this mixer when she cooks to make the whole process easy and efficient. It is recommended by numerous chefs around the world for those that want to ease things up in the kitchen.

There are many variants of the mixer, and most of them are available online for purchase. If you want to try this helpful kitchen tool, it is recommendable to research first to determine which variant of the KitchenAid mixer is best for your cooking needs.

Throughout her life, In Garten has contributed much to the world of cooking. Many of her recipes have been cooked by several other acclaimed chefs. Food is something that always brings people together and gives them comfort.

Ina Garten has proven this through her cookbook Modern Comfort Food. It is without a doubt that Ina Garten has made a significant impact in the culinary arts and is a top chef in the world.

EMIAC Technologies: A Dream Of Digital Innovation Turned Into A Successful Tech Reality!

What is typical the Maltese diet

The Importance of Featured Snippets to Your Digital Marketing Plan

How can Hulu Increase its Reach by 2021?

Organizations have the wrong idea about Multi-factor Authentication

Why Logo Design Should Never Be Overlooked When It Comes To Your Business?