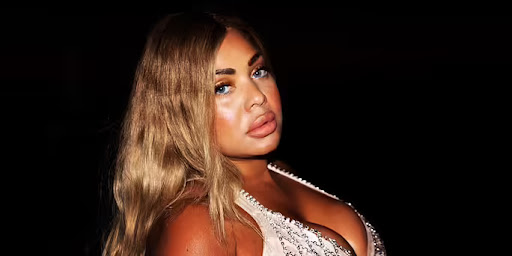 There have been numerous models making their foray into the business world only to realize it’s not as straightforward as they thought it would be. Most models fail to make a splash in the business world, with notable exceptions being heralded as success stories.

Elisa Sintjago falls in the latter category. She’s establishing herself as a real tour de force in the entrepreneurial world with her pursuits, succeeding beyond her wildest beliefs.

Life wasn’t always so prosperous for Elisa. She comes from a rough childhood. As a young girl, she was neither skinny nor tall, the latter being particularly noticeable in her home country of the Netherlands, where the average female height is roughly 170 cm.

But if there’s one thing that has propelled Elisa through her modeling and entrepreneurial career, it’s her go-getter attitude. She has never been afraid to believe in herself. Even as a child, her rough experiences molded her, encouraging her to do everything in her power to be successful because it meant she and her family wouldn’t have to go through such circumstances again.

Elisa Sintjago began her foray into the business world by being a salesperson. A natural extrovert, she always enjoyed working with people. She had a knack for understanding human emotions, which meant she could sell anything – ideas, products, or services – to those willing and unwilling.

But running a business wasn’t the first thing on her mind when she started in the real world. Elisa began her career as a model. Eventually, she would hit the pinnacle of her career by working for Victoria’s Secret. In addition to her modeling and business career, Elisa has a thriving career as a songwriter.

Growing up in a musical family, this passion for music stuck with her and became her comfort during the rougher days of her childhood. It’s also what prompted her to try to pursue a career in it. She was only six when she was selected to sing in church, and the adrenaline of being on stage was something she craved again. Since then, she has already recorded multiple songs, which can be found on all major streaming platforms like Apple Music, Spotify, etc. She also plans to release an album soon.

Elisa Sintjago’s leveraging her power as a content creator to fuel her creative and entrepreneurial pursuits. She understands she has a fanbase of women ready to support her at every turn, and she doesn’t want to let them down. Therefore, every move is precise and calculated, as evidenced by her entrepreneurial ventures.

This is not all! Elisa is the mastermind behind Dollhouse Beauty Lounge, the online store that has everything women desire – from eyelashes and wigs to hair oils and makeup, she has it all. She also started Elisaswimwear, an international swimwear brand with innovative and well-designed swimwear pieces for men and women. She hopes her brand can inspire the world to look and feel as she does – sexy.

Apart from that, Elisa has managed to mix her passion with her business intellect by starting Dreamhouse The Label. It’s a record label like no other, producing a mixture of pop, R&B, hip-hop, and dance music from global artists.

As far as her future plans are concerned, Elisa Sintjago is now focused on expanding her business empire, empowering others to be just like her – a boss babe. The journey hasn’t been a smooth sailing. It’s been full of obstacles and hurdles, but Elisa believes overcoming these challenges is necessary to find your resolve. She doesn’t consider failure to be the end because there’s always light at the end of every tunnel. Her resilient and positive mindset has helped her so far, and she believes it’ll take her the rest of the way as well.