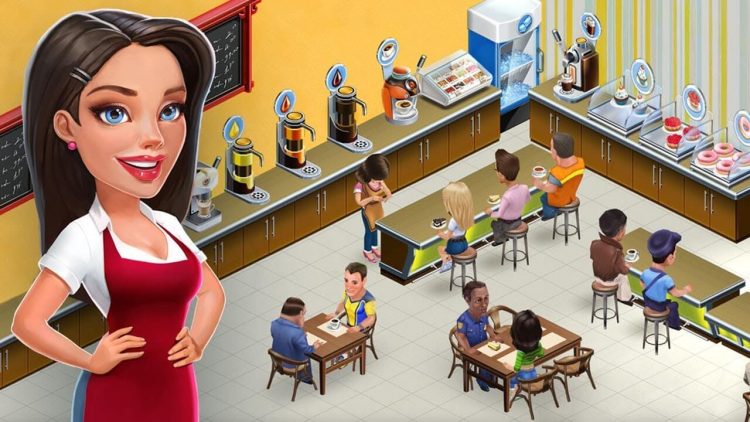 Restaurant games have gained immense popularity over the past years owing to the fun and engaging gameplay it has. A restaurant game interests players of all age groups be it the kids, teenagers, or the adult groups. These games are a treat for those who love cooking and management tasks. Most of these restaurant games are simulations of a real-time restaurant environment that gives a fun playing experience. Players are required to operate and perform tasks similar to that in a real-life restaurant setup.

There are a variety of restaurant games that one can find on the internet. Each of these has a different game structure however what remains constant is the fun and learning that comes from it. Most people don’t recognize the learnative aspect of such games where players get familiar with the daily tasks and operational drills in a restaurant. These games are intended to give a relaxing time to the players while giving them something new to learn from it. Whether it’s cooking, social interactions, or managing various tasks, the players are given new challenges that elevate the fun quotient extensively. So, when you play a restaurant simulation game, you are not just having fun but getting new insights every day.

What is a restaurant simulation game?

In simple words, a simulation game is a genre of game where real-world situations are recreated for players to perform in it. These games represent reality and expect the players to perform and tackle real-life challenges. What makes a restaurant simulation game popular is the recreation of a live restaurant environment where players can explore varied elements of the setup and experience the process better.

While playing a restaurant simulation game, players are given various options such as the mode, setup, role, etc. For example, running a restaurant requires a team of professionals which includes the manager, the cook, the waiters, etc. So, the player has to choose a role and proceed with the game further. Depending on the role chosen, the player will be assigned varied tasks and responsibilities that need to be fulfilled within a specified time period. This interesting and engaging gameplay keeps the players on the edge of their seats while playing. Winning and losing depend on how well and efficiently the tasks have been performed.

Features of a restaurant simulation game

The popularity of restaurant games has led to the evolution of their gameplay over the past years. The large number of people keenly interested to play such games has pushed the game developers to come up with frequent upgrades. The concept of simulation was also included with an intention to improve the playing experience further. The key features of a restaurant simulation game are as follows:

The whole concept of a simulation is to provide a real-time experience where people can perform and understand the place elements better. This is similar in the case of a restaurant game where players are given a live restaurant setup and posed with real-life challenges. Playing such games can elevate the fun experience and give valuable insights at the same time.

Another feature that adds to the popularity of restaurant simulation games is the engaging gameplay where the player has to complete various everyday tasks to maintain their progress. These tasks include both individual and group work to reach the desired score. Players are inspired to perform well by offering exciting rewards and level upgrades.

A majority of the players like to play restaurant games for the exclusive tips and recipes they find on the apps. Most of the restaurant games have chef-curated recipes of new cuisines that are not known by many. Since these games are played by people all across the world, varied food ideas and tips are shared over the platform. This makes it more interesting for the players who are really into food and cooking.

Playing restaurant simulation games can be a stress-relieving activity that is also informative to great extents. Since most of the players are somewhere interested in cooking, culinary, and management tasks, they can pick up valuable tips and insights while playing. These games act as a common platform where people coming from different cultures and regions can share their ideas and creative tips. The benefits of playing a restaurant game can be summarized as follows:

So, now that you have a rough idea about restaurant simulation games, it’s time for you to try them once. One can have great fun and entertainment while playing these games owing to the amazing features and unique gameplay. StarChef is one such restaurant game that has an interesting gameplay that allows the players to discover new cuisines and learn restaurant management skills.