Rise And Fall of Shortwave Radio 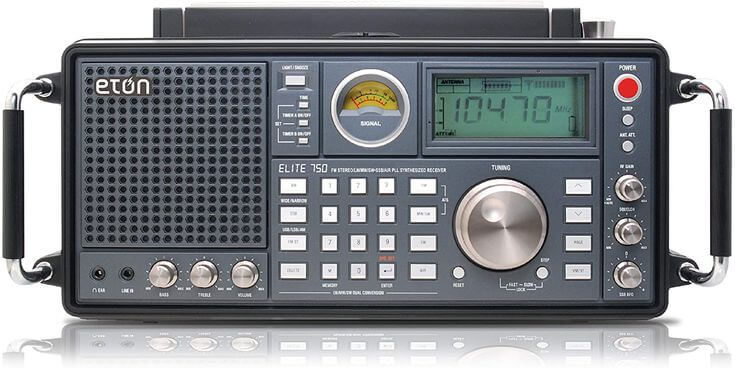 It is easy to forget that the radio is not much more than 120 years old. Furthermore, there will be people alive today who were alive before the advent of television. With our superbly capable, efficient, and versatile smartphones, we are too complacent to think just how young long-distance broadcasting is.

Why is the subject shortwave radio? Surely that’s a defunct method of broadcasting used by nobody but the ‘radio hams’ who are simply enthusiasts?

The opposite is true. Shortwave is very much in abundance and has its place in the modern world. There are some special attributes of the Shortwave that give it an ongoing place in our lives. Let’s start by looking at where it all began and why Shortwave became an important – in fact essential – form of radio broadcasting.

Sir William Herschel, an astronomer, and scientist, and the discoverer of the planet Uranus, is a sensible starting point in our brief history of shortwave radio. In 1800, Herschel became interested in the relationship between heat and the different colors of visible light. Using a prism, sunlight, and a thermometer, he measured the temperature under each of the colors. What he discovered was the heat was greatest in a section just out of the red light. This we now know as infrared light.

Shortly after and inspired by Herschel, a scientist named Johann Willem Ritter experiments with the other end of the spectrum – the violet end – and discovered there was light beyond.

This we now know as ultra-violet light. Slowly the pieces of the Electro-Magnetic spectrum as we know it was coming together. One James Clerk Maxwell predicted that there would be light waves even further beyond infrared light. In 1887, Heinrich Hertz proved the existence of such and promptly discovered radio waves.

There are some interesting facts and figures on shortwave radio in that link, and we now move forward to the 1920s when Guglielmo Marconi started looking at short-wave radio for long-range transmissions.

Until this point, it was thought that the earth’s curvature would limit the transmission of radio broadcasts to a maximum of 200 miles. Marconi was about to prove otherwise. 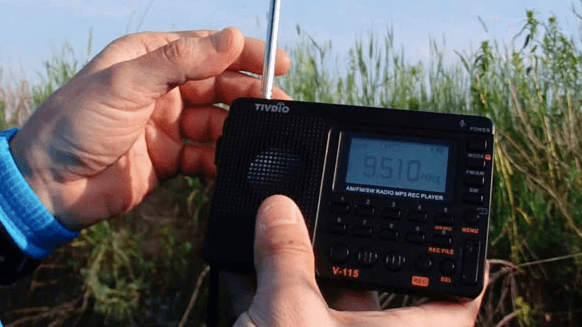 Marconi had extensively experimented with the use of reflectors around transmitting aerials, intended to boost signal strength. He soon discovered an unusual phenomenon that he did not at first understand.

It would appear that short wave radio of a certain wavelength could be ‘bounced off the ionosphere, a layer of the atmosphere. This highly charged layer simply reflected the waves to earth. From there, they would bounce back, and so on. Thus, Marconi was soon sending radio messages to and from ships thousands of miles away, proving the worth and value of shortwave radio.

It was not until the 1930’s that an international network of shortwave transmission and receiving stations were established. In many ways, the discovery of the Shortwave remains one of the most important breakthroughs in worldwide communication.

It allowed – for the first time – transmissions to the other side of the world. It was a development as massive and groundbreaking as the Internet and World Wide Web in the 20th Century. It made the world suddenly a smaller place in an age when international travel was in its infancy.

Who Uses Shortwave in the 21st Century?

So, why is it that when we think of Shortwave, we picture a ‘nerd’ of a radio enthusiast in his ‘shack’ trawling the airwaves for transmissions? That’s largely because of the development of the more accurate FM method and later digital transmissions using the DAB system.

But ham radio is not all that shortwave radio is used for as it plays a very big part in keeping a lot of people in touch with the world.

In fact, beyond the developed world, the Shortwave remains the primary news and entertainment transmission method. The BBC World Service is one of the most listened to stations globally and still broadcasts on Shortwave. This allows people in far-flung and remote locations to keep informed and those in third-world countries where the Internet is not readily available.

Voice of America also broadcasts on Shortwave, as do stations in China and elsewhere that need to reach extremely remote people. Furthermore, another reason it will always remain important is that it is the standard method used in maritime communications, in aviation, and by the military and law enforcement as well many of the world’s emergency services.

Shortwave radio is an enthusiast’s hobby – and a rewarding one too – but it’s much more than that and remains the best way to get in touch with people who have no other viable method.