The Benefits of Neurofeedback Therapy 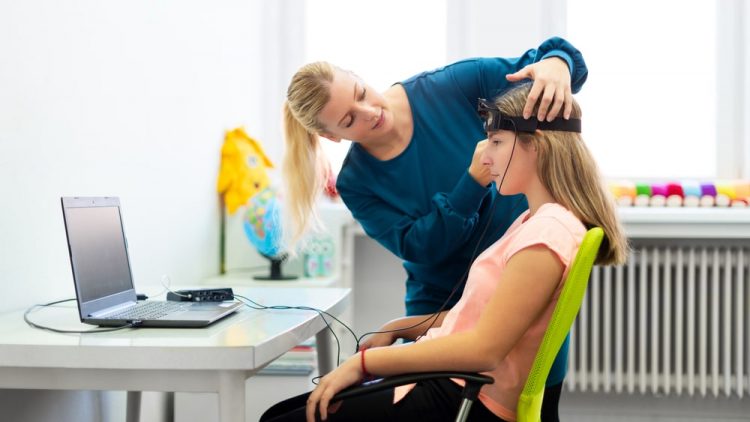 Neurofeedback is a form of special treatment that involves advanced technology to optimize and balance the brain. It’s an engaging and interactive treatment that strengthens your brain to a healthier and focused state. Neurofeedback improves many health conditions, such as chronic pain, anxiety, depression, headaches, and other problems. It’s a non-drug induced therapy without any negative side effects. Studies show that the treatment has a high success rate in regulating behavior, focusing, and reducing relapse.

What should you expect?

Neurofeedback therapy assists you in taking part in the healing of your brain. Neurofeedback involves placing electrodes on the head to check the electrical activity in the brain. This process is non-invasive, painless, and safe for all people. Also, you will play games that need concentration. You will also view the computer to monitor your brain activity. Neurofeedback Therapy is done using software that conveys sound, visuals, and information to a patient’s brain by attaching sensors to the scalp.

A brain map uses software to identify dysfunctional patterns in the brain using the software. When the mind responds in a rational, calm manner, the software rewards the brain. In time the treatment helps the patient reduce reactive and impulsive behavior during demanding situations.

Neurofeedback is usually a type of operant conditioning type that rewards the patients by increasing some frequencies while inhibiting brain wave frequencies. It is achieved by inserting electrodes on the scalp and providing instant feedback on the brain’s activity.

There have been many testimonials from patients that the treatment enhanced focus, improved mood, improved memory, and many other benefits. The benefits and effects of the training last long, even after the end of the practice.

The overall health of the brain

A bigger brain signifies a healthy brain, while a shrinking brain signifies memory loss and many other problems. Research has shown the relation between neurofeedback training and the increase of gray and white matter in the brain. Neuroplasticity is the ability of the brain to change and grow. Research shows that the larger the brain, the lesser the risk of developing dementia.

Improvement of the Memory

Different people that have gone through the neurofeedback training have testimonials of improved sleep. Sleeplessness is caused by the lack of enough slow-moving waves that trigger the brain to fall asleep at night. Other people have fast-moving waves during the night that makes them active and lack sleep. Neurofeedback balances these waves and improves the quality of sleep.

Reduction of the ADHD Symptoms

Study shows that neurofeedback is the best way to treat ADHD by restoring balance in various brain areas. In individuals with ADHD, their brain maps show an increase of theta waves’ slow-moving waves, together with an insufficient sensory-motor rhythm. Neurofeedback training is said to be as effective as medication.

Anxiety is connected with sleep disturbances, racing thoughts, and feeling weak; this is associated with the increase of fast-moving beta waves and the lack of alpha waves linked to focus and calmness.

A decrease in symptoms of depression

Some studies linked neurofeedback with a decrease in the symptoms of depression. Depression symptoms can show up differently, but mostly dysregulation of slow-moving waves is related to the depression symptoms. Studies show that many people with depression also have problems with their sleeping patterns. Neurofeedback training has substantial effects on patients suffering from a depressive disorder. Research also shows that the practice also leads to a reduction of anxiety symptoms.