The Most Common Causes of Divorce in 2022 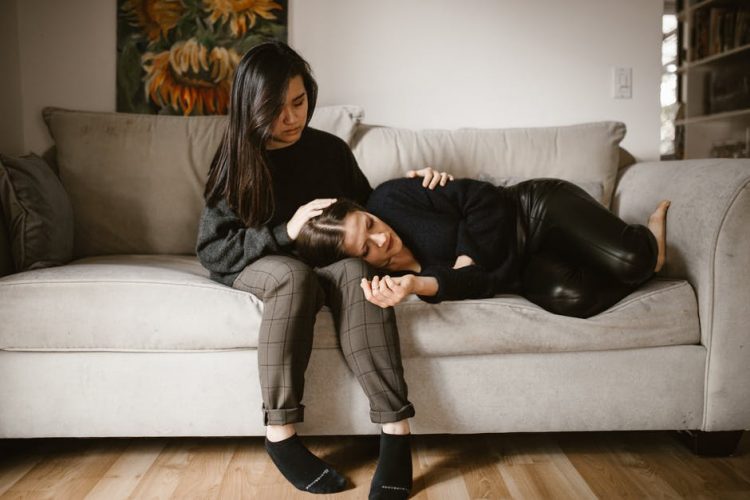 Last year, there were approximately 1,934,982 weddings in the United States. Unfortunately, according to prior research, about half of these marriages will end in divorce.

Knowing the most common issues can help prevent a divorce or fix a marriage overall.

Continue reading to learn about the most common causes of divorce in today’s society!

One of the common reasons for divorce is infidelity. Infidelity occurs when one of the spouses has extramarital affairs. These affairs can be emotional or physical.

In most instances, the trust in the marriage is broken and cannot be repaired. This results in irreconcilable differences, and the couple then decides to part ways.

However, some couples try to work things out to fix their marriage. They attend marriage counseling in hopes of reconciling.

Financial problems are another leading cause of divorce in today’s society. Finances can be complex, especially when more than one person is involved.

Money is essential to surviving everyday life in America. Low finances cause more stress in a relationship. This stress is especially apparent when financial ideas do not line up.

Usually, each individual has their unique opinions of how finances should be spent. These differing views can cause arguments in a marriage. Often, these issues don’t get resolved and begin affecting the relationship.

These divorces often end up in court classified as “uncontested divorce vs contested divorce.” Many times only one party of the marriage wants the divorce, while the other disagrees. Therefore, a judge must weigh all the variables and decide based on the facts.

Intimacy issues are another factor that contributes to divorce. Intimacy is essential to make the marriage functional, healthy, and happy. This also allows the couple to connect more profoundly than in any other relationship.

Usually, one or both partners feel a lack of intimacy, which starts affecting their daily lives. A lack of intimacy can make a spouse feel unloved, rejected, or unwanted. These negative feelings then translate to more intense emotions that worsen the marriage.

Equality is a quality that everyone wants to feel in each relationship they’re in. However, a marriage can sometimes feel unequal in terms of workload, finances, and respect. Once inequality starts appearing in the relationship, resentment often occurs.

Most spouses have jobs that provide for the household, bills, and other expenses. However, some spouses make more than others, making them feel more important in the relationship. This feeling can seem boastful to their spouse, making them feel inferior.

A family home often has multiple chores that need to be done daily. Most couples divide this workload equally after getting home from their jobs. However, some spouses take on the brunt of the workload, which makes them feel like they unfairly do more for the home.

Respect is an essential factor to maintain in a marriage. Once that respect level drops for your partner, other issues can start forming. Disrespect translates to hurtful words, actions, and thoughts.

Abuse is not acceptable in any relationship, especially in a marriage. It can come in many forms and is often used simultaneously. Often, physical or mental abuse becomes too much for the spouse, and they seek a divorce.

Mental abuse can wear down a person, making them inadequate. This abuse often leads to anxiety, fear, and self-deprivation. The abuser uses these tactics to gain a sense of control in the marriage.

Physical abuse can be considered more severe, depending on the situation. This abuse is used as a power move to intimidate the spouse. Sadly, most abused partners fear getting help due to threats made by the abuser.

Sometimes couples rush into marriages for various reasons. Unfortunately, a large percentage of these marriages don’t last very long. Most of these relationships were not ready to take the next step in commitment.

Most rushed marriages are due to pregnancies, finances, or age. Often, these marriages fail because one or both partners are not ready for a lifetime commitment. They soon figure out that marriage is not what they believed it to be and file for a divorce.

Communication is necessary for any marriage to be successful. However, not all couples understand how to communicate effectively. Poor communication can cause arguments that could have been prevented.

As weak communication causes these disagreements, couples become frustrated with each other. This frustration results in more fights and resentment throughout the marriage. This unhappiness then becomes unbearable, ultimately leading to divorce.

Addiction is a severe illness that hurts not only the addict but all of their loved ones. A spouse will see their loved one choosing their addictions over them daily, causing them emotional distress.

These partners usually try everything in their power to get their spouses clean. However, if their partner refuses to become sober, they often lose all hope for their marriage. Eventually, this distress becomes too much to bear, and they file for divorce.

Most parents have their style and beliefs about raising their children. However, these beliefs can sometimes clash with their spouse’s methods. Once these parenting styles become too different, couples begin fighting over their children regularly.

Sadly, some children suffer when these disagreements become too frequent. When this happens, most marriages begin to fail and lead to divorce.

The Leading Causes of Divorce

So many marriages fail due to these most common causes of divorce. Unfortunately, infidelity and financial problems seem to be at the forefront of these issues.